badger is dgraph’s open source LSMTree KV engine, which has KV separation, transaction, concurrent merge and other enhancements compared to leveldb, and is a more production-level storage engine in the go ecosystem. Here is a look at its transaction implementation. 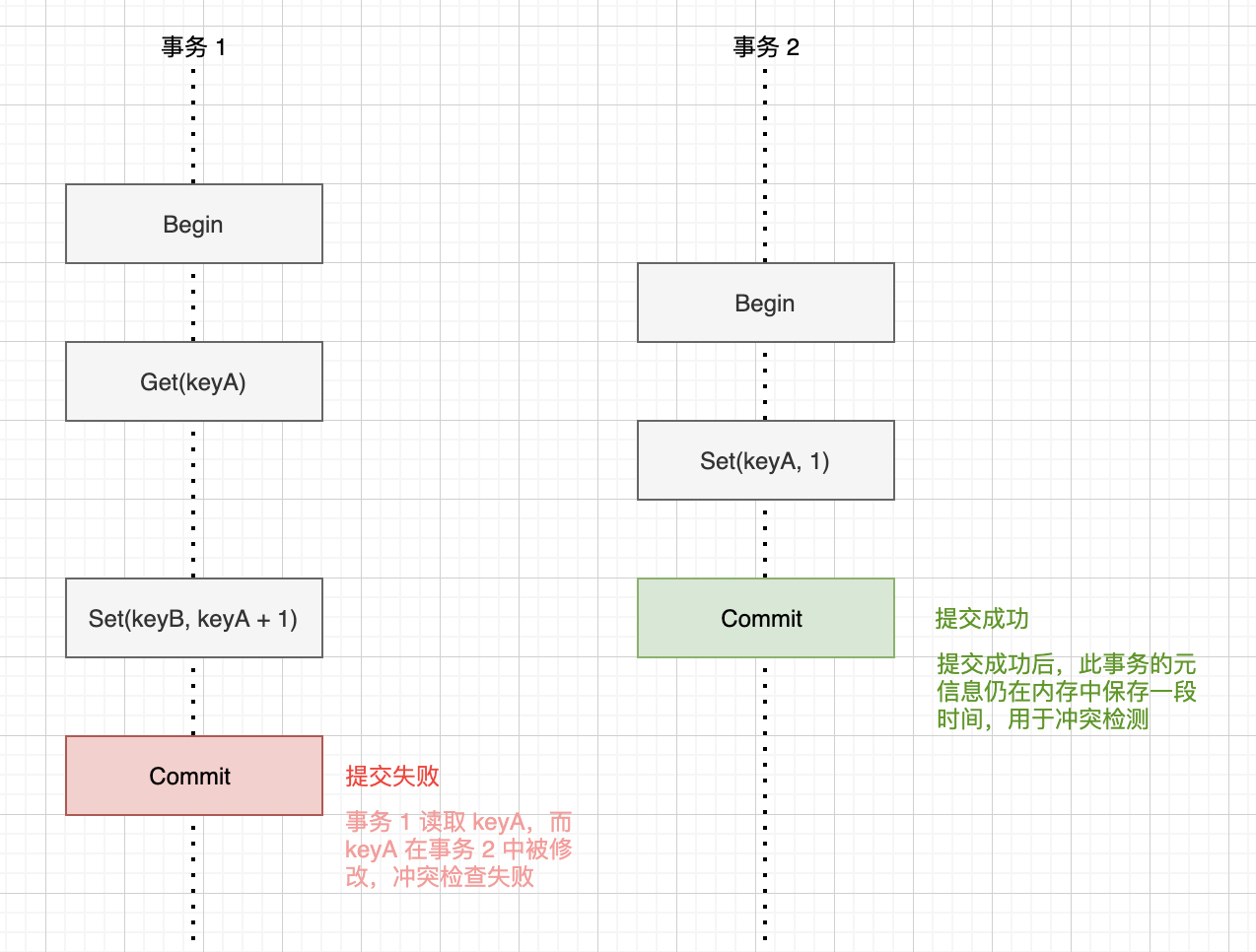 Lifecycle of a transaction

The life cycle of an optimistic concurrency control transaction is roughly divided into four segments, granting, tracking reads and writes, committing, and cleaning up.

To manage the lifecycle of a transaction, two parts of meta information need to be recorded separately for each transaction and at the global level. 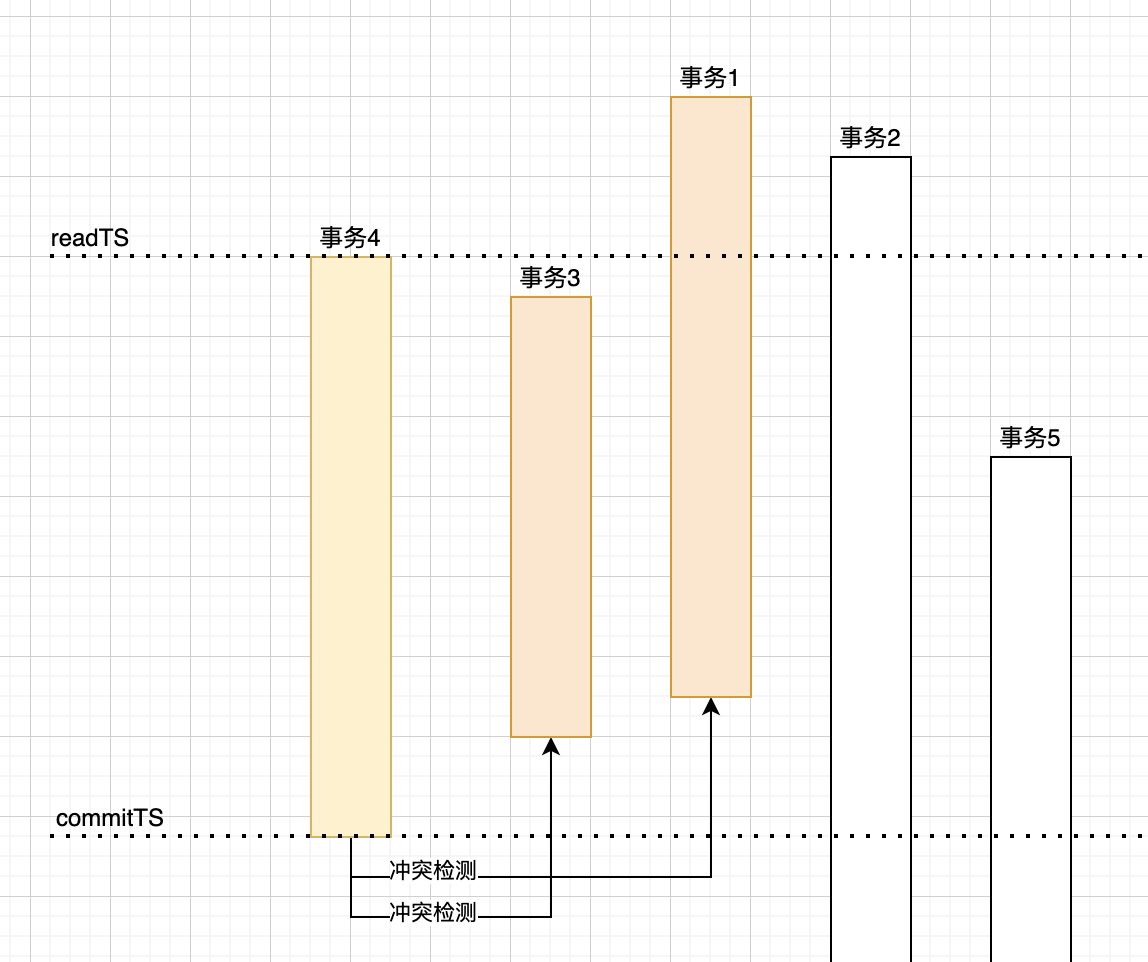 Take a look at the implementation of the readTs() function.

The logic of the grant is simple, just copy the current timestamp recorded in the nextTxnTs field from the oracle object.

Here is a detail, as mentioned earlier the incremental timestamp occurs at the commit of the transaction, there will be a time window when the timestamp has been incremented but the write has not yet fallen, so if the transaction starts at this time, it will read the old data instead of the post-timestamp snapshot. The solution is to wait for the transaction with the current timestamp to finish writing before starting the transaction. 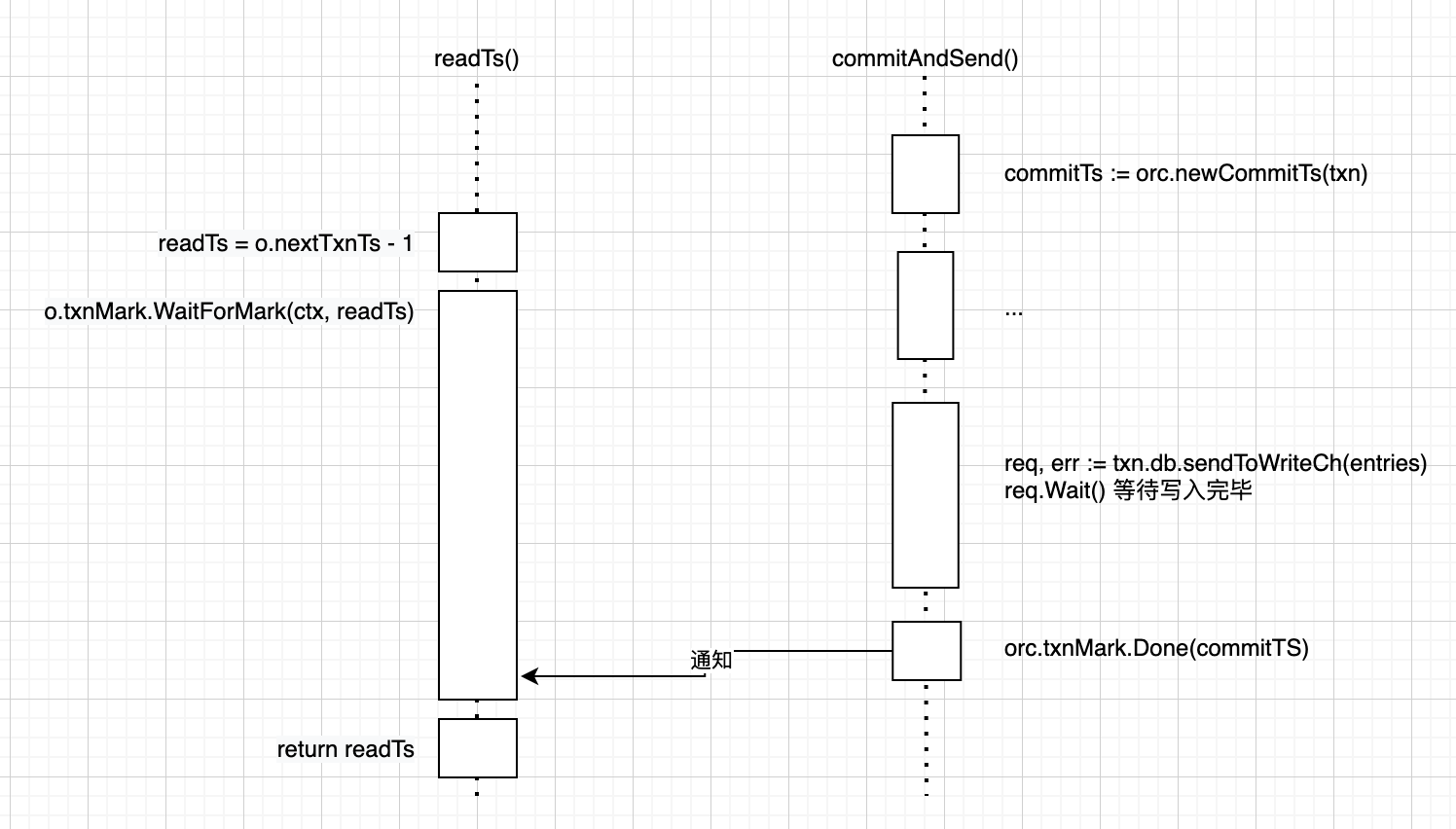 The txnMark field is a WaterMark structure type that internally maintains a heap data structure that can be used to track notifications of changes to the timestamp segment of a transaction.

In addition to waiting for the current timestamp-related transaction to complete writing based on txnMark, the readTs function has a line o.readMark.Begin(readTs). readMark is a WaterMark structure like txnMark, but it does not take advantage of the WaterMark structure’s ability to wait for point bits, only its s heap data structure to keep track of the timestamp range of currently active transactions, which is used to find out which transactions are ready to expire for recycling.

The badger stores commitTs as a suffix of the key in the LSM Tree, and the Iterator is also timestamp-aware in its iterations, iterating over the snapshot data at the time of readTs. This is consistent with the sequence number of leveldb and the iterative behavior of Snapshot.

The logic of conflict detection is simple: it iterate through committedTxns, find out which transactions have been committed since the start of the current transaction, and determine whether the key you read exists in the write list of other transactions. 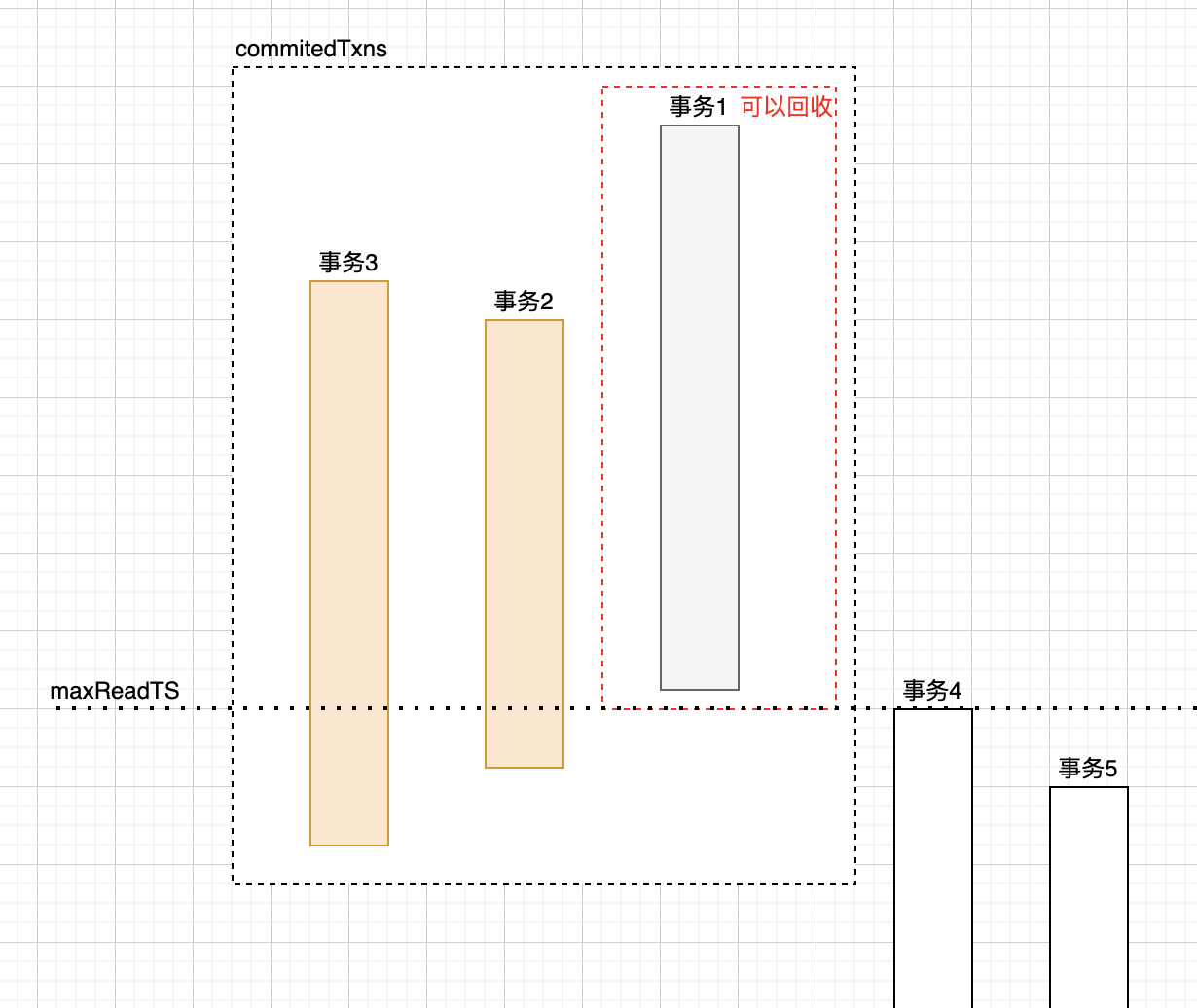 oracle will record lastCleanupTs to record the timestamp of the last cleanup to avoid unnecessary cleanup operations.