Therefore, when using the consistent hash algorithm for hash addressing, you can reduce the impact of node downtime on the entire cluster by increasing the number of nodes and the amount of data that needs to be migrated when recovering from a failure. Later, when needed, you can increase the number of nodes to improve the disaster recovery capacity and efficiency of the system. And when you do data migration, you only need to migrate some data to achieve cluster stability. 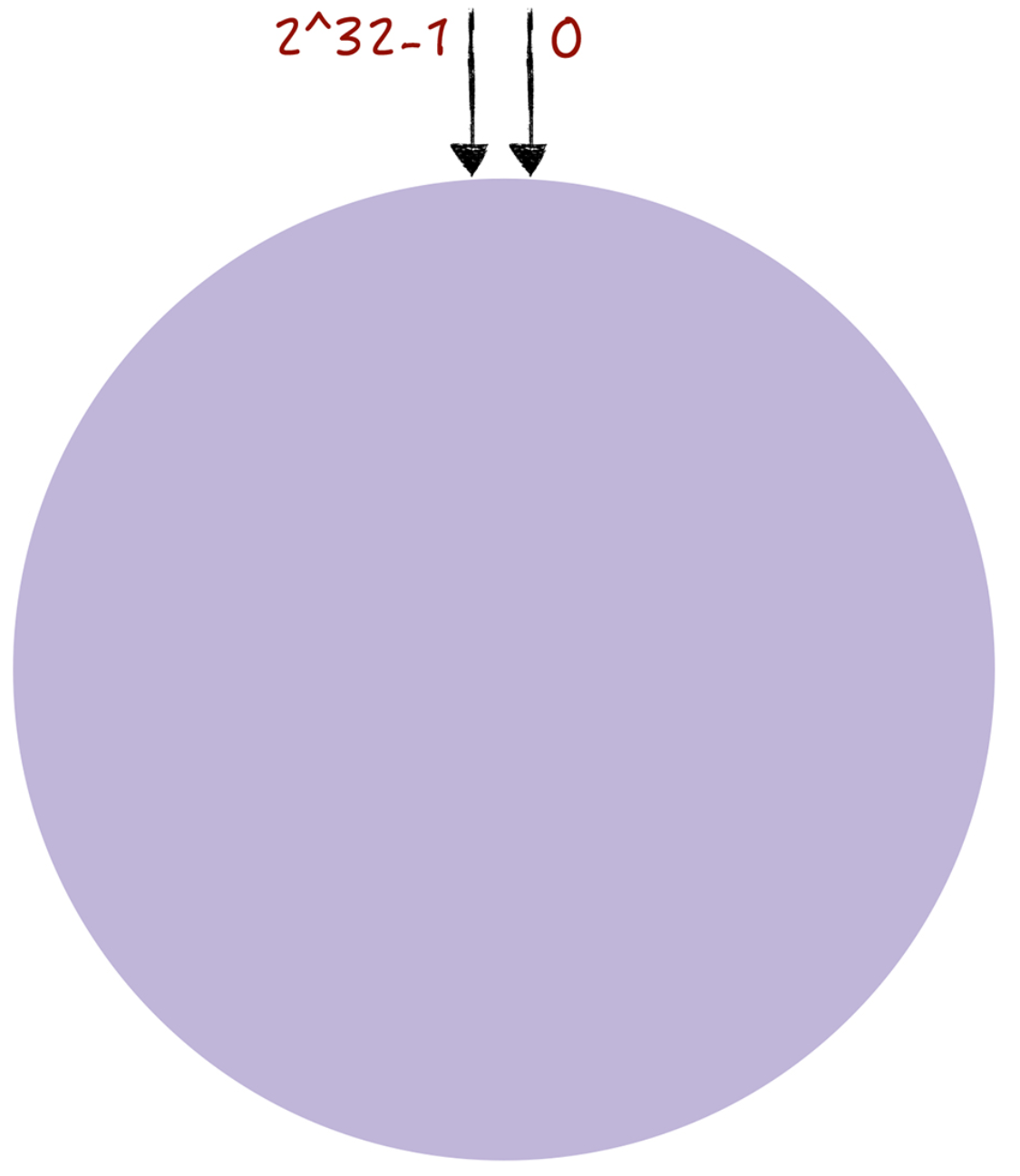 In consistent hashing, you can map nodes to a hash ring by performing a hashing algorithm so that each node can determine its position on the hash ring. Then when the value of the specified key is to be read, by doing a hash on the key and determining the position of this key on the ring, the first node encountered is the node corresponding to the key when “walking” clockwise along the hash ring from this position. 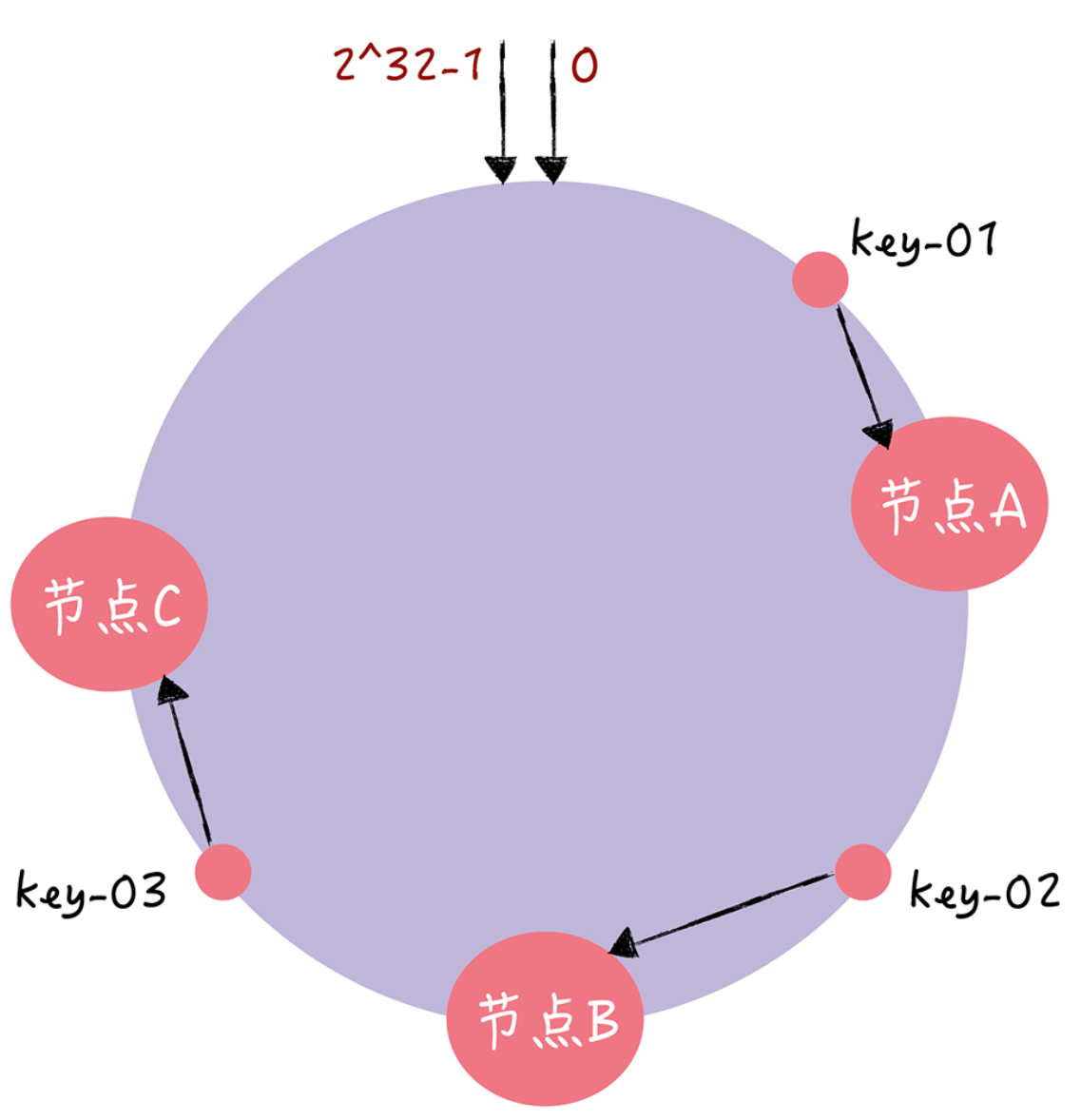 At this time, if node C is down, then the data of node B and node A will not actually be affected, only the data originally in node C will be relocated to node A, thus as long as the data of node C does the migration.

If the cluster cannot meet the business needs at this time, a node needs to be expanded. 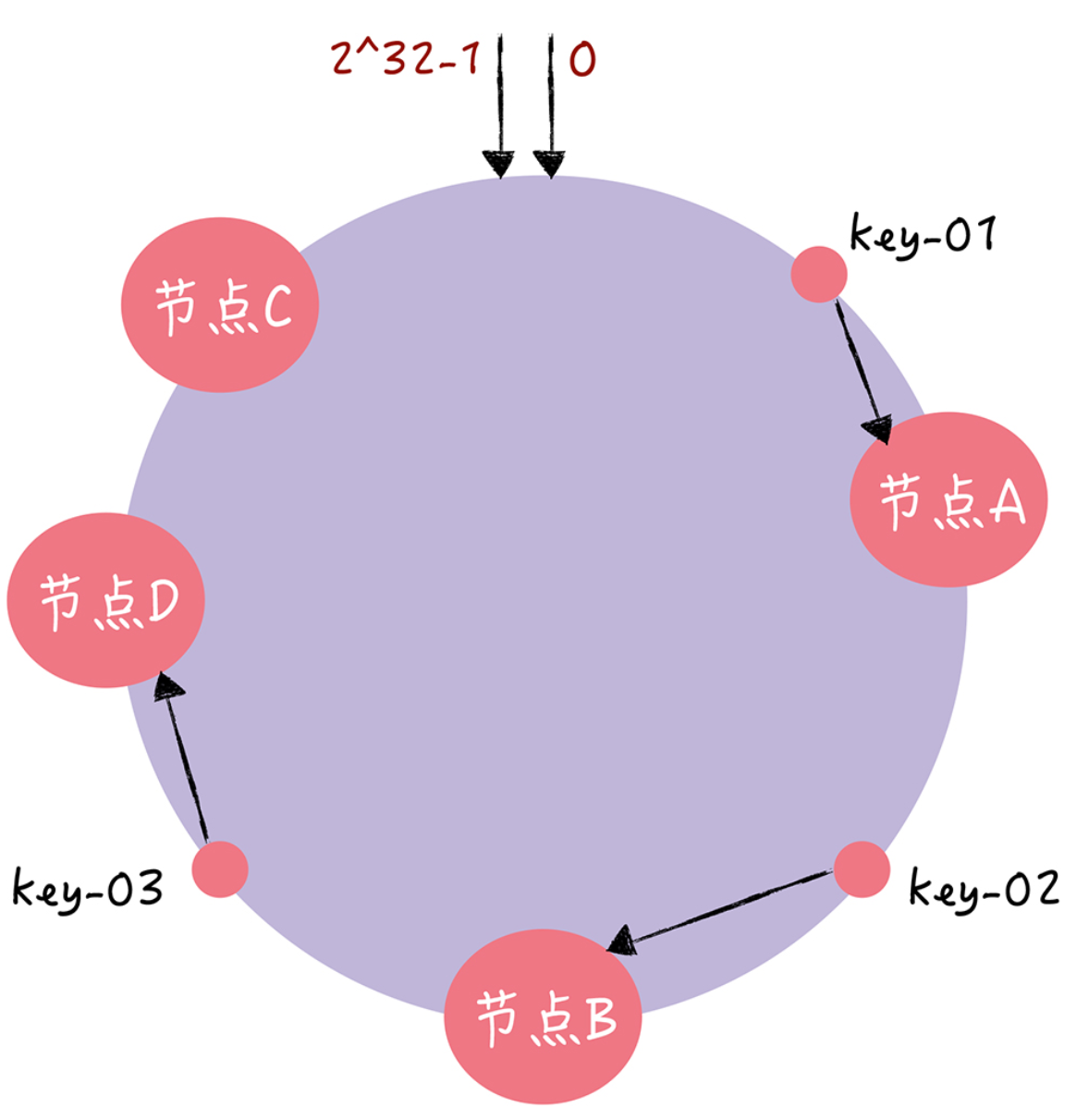 You can see that key-01 and key-02 are not affected, and only the addressing of key-03 is relocated to the new node D. In general, in the consistent hashing algorithm, if a node is added, the only data affected is the data that will be addressed between the new node and the previous node, and the other data will not be affected.

The implementation code is as follows.

The above hash algorithm may result in uneven data distribution, i.e., most access requests are concentrated on a few nodes. So we can solve the uneven distribution of data by virtual nodes. 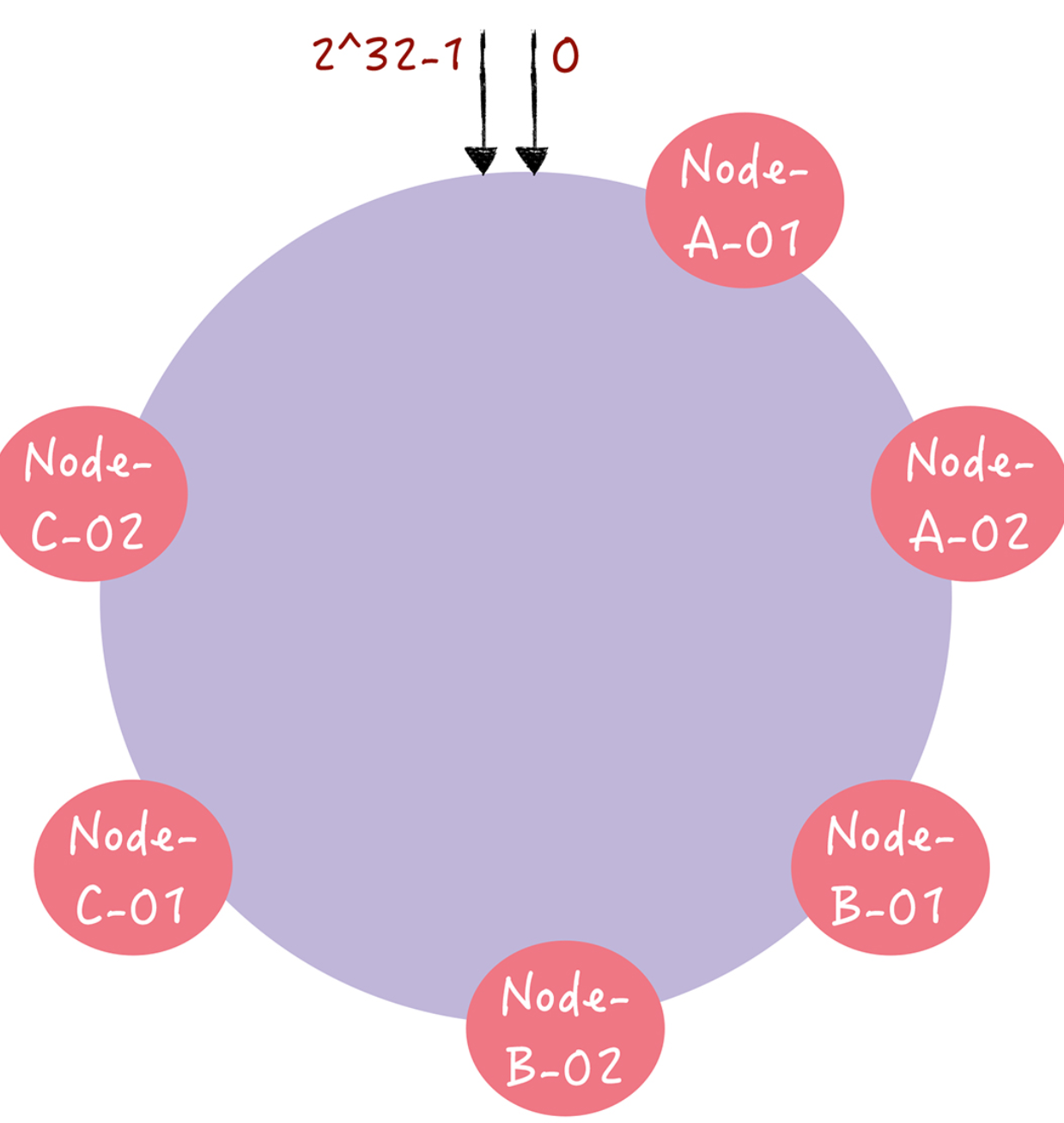 With the addition of nodes, the distribution of nodes on the hash ring is relatively even. At this point, if an access request addresses the virtual node “Node-A-01”, it will be relocated to Node A.

The specific code implementation is as follows.

The Gossip protocol, as the name implies, uses a random and contagious way to spread information throughout the network and to make all nodes in the system consistent for a certain period of time. The Gossip protocol, with the above features, ensures that the system can operate in extreme situations (e.g., when only one node is running in a cluster).

Direct Mail: sends updates directly, caches them when they fail, and then retransmits them. Although direct mail is easier to implement and data synchronization is timely, data may be lost because the cache queue is full. In other words, it is not possible to achieve final consistency using only direct mail.

Anti-entropy: Anti-entropy means that the nodes in a cluster randomly select some other node at regular intervals, and then exchange all their data with each other to eliminate the difference between them and achieve the ultimate consistency of data.

Rumor mongering (Rumor propagation): It means that when a node has new data, this node becomes active and periodically contacts other nodes to send it new data until all nodes have stored that new data. Since rumor propagation is very contagious, it is suitable for distributed systems that change dynamically 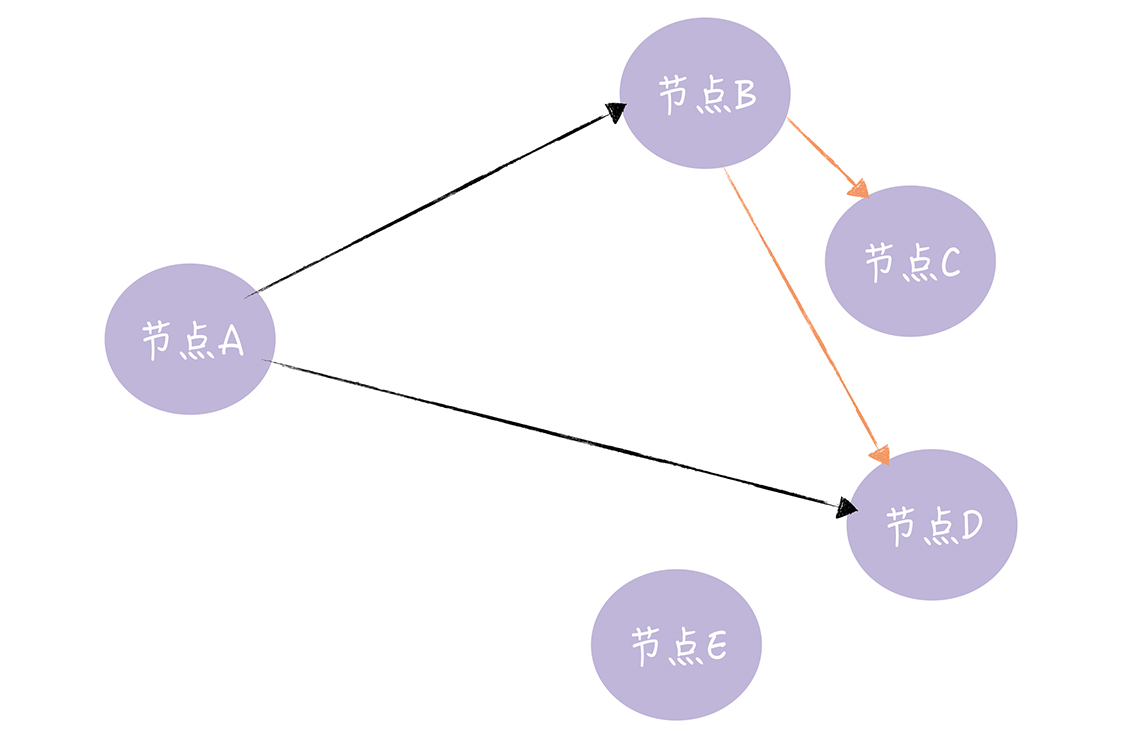 There are three elements in Quorum NWR, N, W, and R. 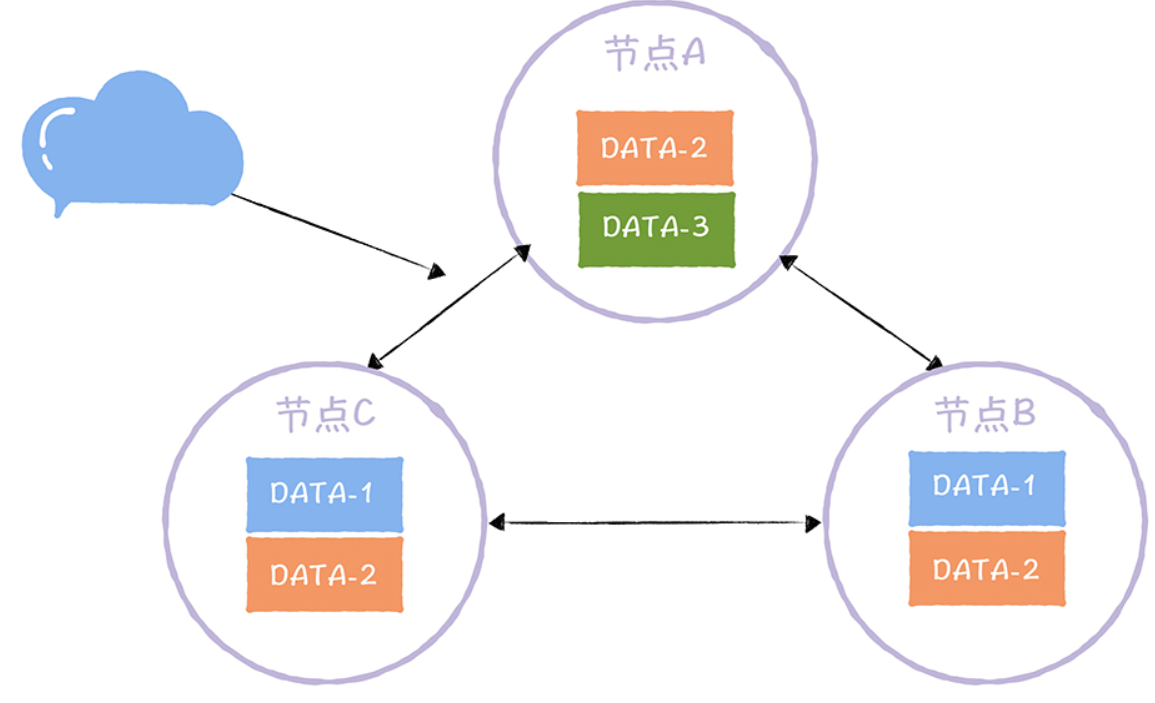 R, also known as the Read Consistency Level, means that R copies of a data object need to be read when it is read.

With Quorum NWR, you can customize the consistency level by temporarily adjusting the writes or queries to achieve strong consistency when W + R > N.

So if you want to read node B, we then assume the formula W(2) + R(2) > N(3), that is, when writing two nodes and reading two nodes at the same time, then the read data must be read back to the client must be the latest copy of that data.

What you should note about NWR is that different combinations of N, W, and R values will produce different consistency effects, specifically, there are two effects.

The PBFT algorithm is very practical and is a Byzantine fault-tolerant algorithm that can be grounded in real-world scenarios.

Let’s start with an example to see a concrete implementation of the PBFT algorithm.

Suppose Su Qin is once again leading an army against Qin. On this day, Su Qin and four generals from four countries, Zhao, Wei, Han, and Chu, discuss important military matters, but not long after the discussion, Su Qin receives information that there may be a traitor in the allied army. How does Su Qin give the orders to ensure that the loyal generals carry out the orders correctly and consistently and are not interfered with by the traitor?

It is important to note that all messages are signed messages, meaning that the identity of the message sender and the content of the message cannot be forged or tampered with (for example, Chu cannot forge a message pretending to be from Zhao).

First, Su Qin contacts Zhao and sends a request to Zhao containing the command “attack” (as shown in the picture below).

When Zhao receives Su Qin’s request, it will execute the Three-phase protocol.

Zhao will enter the pre-preparation phase, constructing a pre-preparation message containing combat instructions and broadcasting it to the other generals (Wei, Han, and Chu).

Because Wei, Han and Chu, after receiving the message, could not confirm that they received the same instructions as the others received. So they need to move to the next phase.

For example, Wei broadcasts a preparation message to Zhao, Han, and Chu (as shown in the figure). For the sake of demonstration, let’s assume that the traitor Chu wants to interfere with the consensus negotiation by not sending a message (you can see in the diagram that Chu is not sending a message).

Because Wei cannot confirm whether Zhao, Han, and Chu have received 2f (where 2f includes itself, where f is the number of traitors, which in my demonstration is 1) consistent preparation messages containing combat instructions. So you need to move to the next phase, Commit.

Finally, when a general receives 2f + 1 validated submission messages, the majority of the generals have reached a consensus that it is time to execute the battle order, then the general will execute Su Qin’s battle order and send a successful execution message to Su Qin when the execution is complete.

Finally, when Su Qin receives f+1 identical Reply messages, the generals have reached a consensus on the battle order and have executed it.

In the above example.

Understanding Suqin as the business, i.e., the client.

Understanding the message as a network message.

The combat command “attack” is understood as the value proposed by the client, that is, the value that is expected to be agreed by the nodes and submitted to the state machine.

If the client does not receive the same f + 1 response to the request within the specified time, it is considered that the cluster is faulty and the consensus is not reached, and the client will resend the request.

The PBFT algorithm deals with master node misbehavior by means of View Change, and when a master node is found to be misbehaving, a new master node will be elected in a “rotating shift”. If you are interested, you can check it out yourself.

The specific workload proof process looks like the one in the following figure.

Hash Function, also known as a hash function. That is, you enter a string of any length, the hash function will calculate a hash of the same length.

For example, we can give a workload requirement: based on a basic string, you can add an integer value to this string, and then perform a SHA256 hash operation on the changed (added integer value) string, and if the hash value (in hexadecimal form) obtained after the operation starts with “0000”, then the verification passes.

To achieve this workload proof goal, we need to keep incrementing the integer values, one by one, and perform a SHA256 hash on the new string.

As you can see from this example, the proof of workload is done by performing a hash operation, and after a period of computation, a hash value is obtained that meets the conditions. In other words, we can prove our workload by this hash value.

How does the blockchain implement the PoW algorithm?

First look at what a blockchain is.

A blockchain block is composed of 2 parts: block head and block body.

Therefore, in the blockchain is to prove its workload by performing SHA256 hash operation on the block header to get a hash value less than the target value.

After calculating the qualified hash value, the miner will broadcast this information to all other nodes in the cluster, and after the other nodes pass the verification, they will add the block to their blockchain, which eventually forms a chain of blocks, like the following figure. 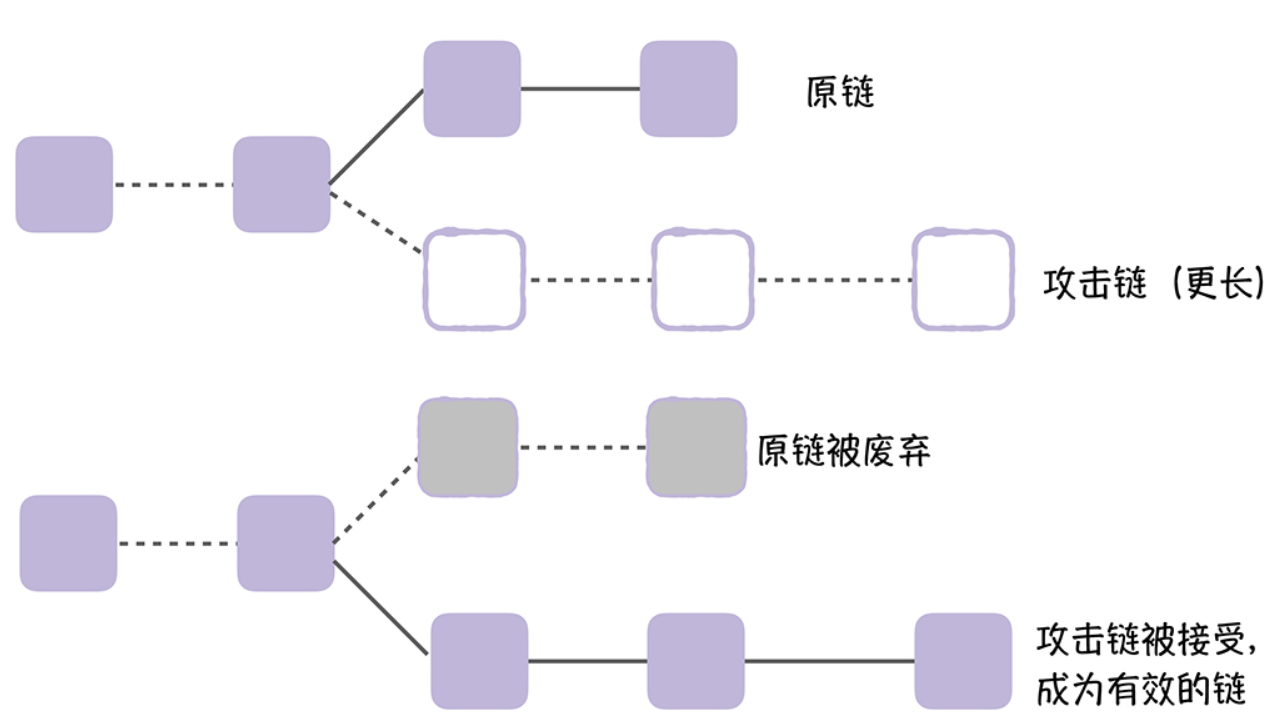 The Zab protocol is called Zookeeper Atomic Broadcast, and Zookeeper is used to ensure the ultimate consistency of distributed transactions through the Zab protocol, which is designed with the core goal of achieving sequential operations.

Since ZAB is not based on a state machine, but on the Atomic Broadcast protocol in a master-standby mode, it ultimately achieves sequential operations.

There are several main reasons why ZAB achieves sequential operations.

First, ZAB implements the master-standby mode, which means that all data is based on the master node