Developer Mishaal Rahaman broke the news on social media platforms that he found a series of code changes in AOSP that highlight that Google is trying to shorten the CPU frequency by boosting game load times. Specifically, they are developing a new API that will allow games to communicate their current state to the OS. If the game takes time to load, the OS will send a command; the CPU will then run at a higher frequency, thus reducing the game load time.

The code change status is currently set to private, but Mishaal has taken a screenshot for proof. 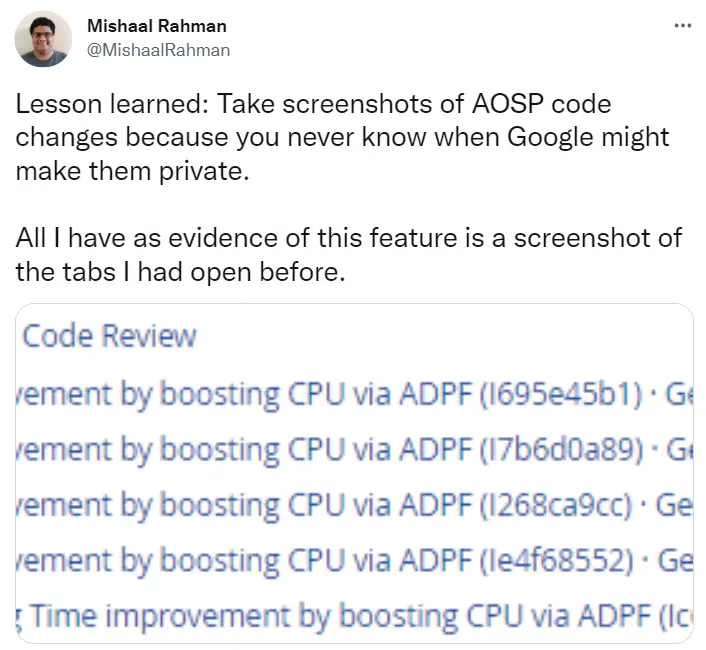 Google is introducing a new power hint to boost CPU when games load stuff. through a new GameState API, games can communicate their current state to the platform. This feature is planned for Android 13, based on a new VTS test.

Google has submitted a patch to update the Pixel’s power HAL, but other devices upgraded from Android 12 –> Android 13 may not support this feature due to GRF.

In addition, allegedly GAME_ LOADING feature is also being tested at the Android 13 SoC manufacturer level; it will be available on all upcoming phones with this new OS. Some Pixel phones may get the feature through the update, while others will not due to the lack of a SoC-level hardware abstraction layer.