I found a Go framework that claims to be ten times faster than net/http - Fasthttp. Let’s take a look at what great design it has to offer and let’s dig in.

In this article we will talk about the Server side of the implementation.

As we discussed in net/http, the processing flow is roughly as follows:

Let’s look at how fasthttp does this again.

As mentioned above, a workerChan is actually a connection handler object with a channel to pass connections to; each workerChan has a Goroutine in the background that loops through the connections in the channel and processes them. If the maximum number of simultaneous connections is not set, the default is 256 * 1024. This allows the service to be available to the public at the same time, even at high concurrency.

In addition, the implementation uses sync.Pool to reuse a large number of objects and reduce memory allocation, e.g.

fasthttp also tries to avoid the memory allocation and copy consumption of []byte to string conversions in a number of ways, since there is a lot of dealing with strings.

In summary, we’ve outlined the performance-enhancing points of fasthttp.

Let’s start with a simple example.

Our call to the ListenAndServe function will start the service listening and waiting for the task to be processed. 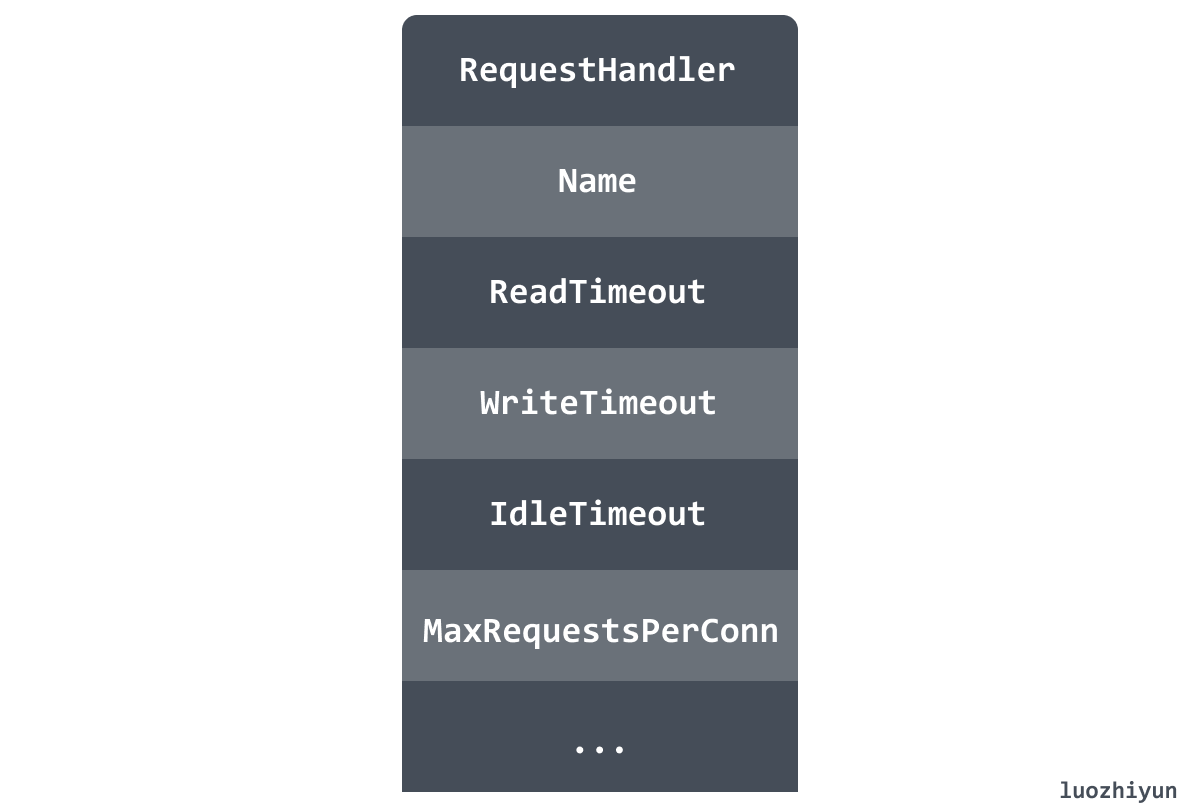 The above diagram briefly lists some common fields of the Server structure, including: request processor, service name, request read timeout, request write timeout, maximum number of requests per connection, etc. In addition there are many other parameters that control some of the parameters on the server side in various dimensions.

The Server’s ListenAndServe method will fetch the TCP listener and then call the Serve method to perform the logical processing on the server side.

The Server method does several things.

The worker Pool is used to handle all requests for Connections, so here’s a little look at the fields in the workerPool structure. 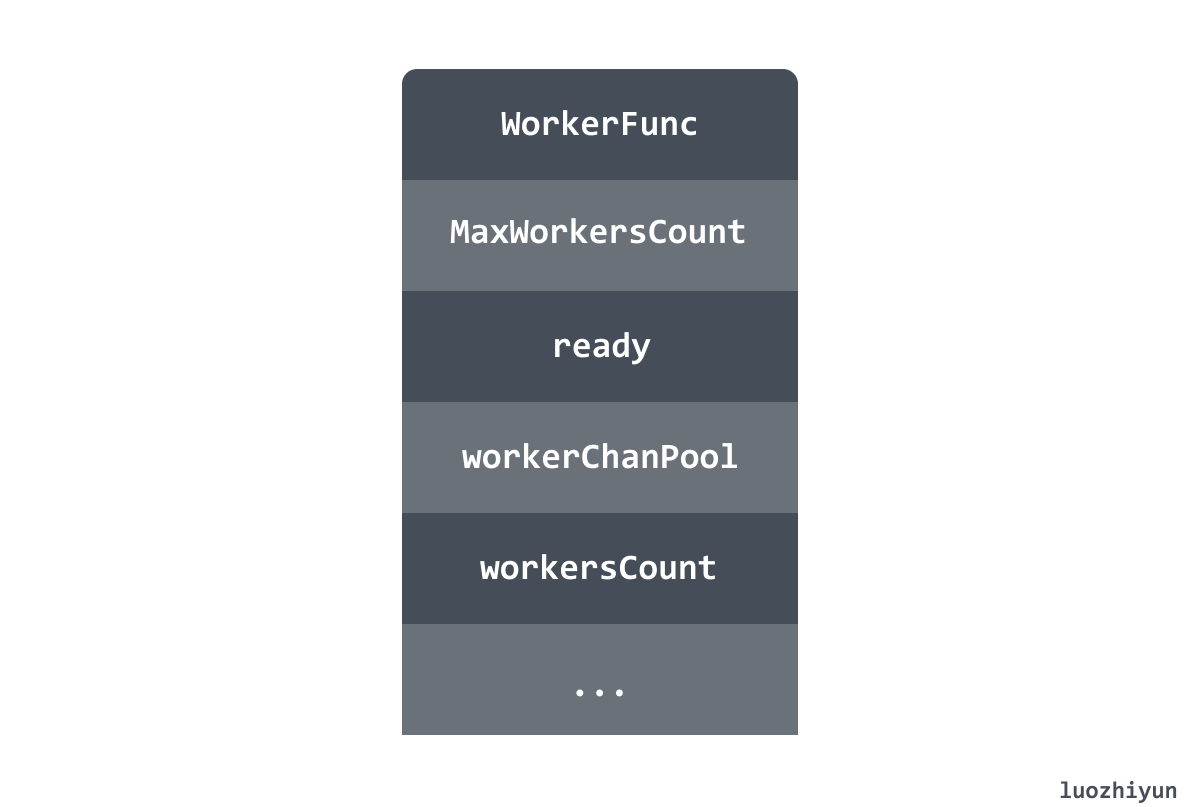 Let’s look at the Start method of the workerPool.

There’s not much to say about getting a connection, the TCPListener’s accept method is called just like the net/http library to get a TCP Connection.

The first part of processing a connection is to get the workerChan, which contains two fields: lastUseTime and channel.

The Serve method essentially gets the workerChan via the getCh method and passes the current Connection into the workerChan’s channel.

This loop iterates over the Connection in the channel where the workerChan was fetched and then executes the WorkerFunc function to process the request, after which the current workerChan is put back into the ready queue for reuse.

Note that this loop will jump out of the loop when the Connection is nil, which is the nil that the workerPool will pass to the channel when it checks that the workerChan has been idle for too long by calling the clean method asynchronously.

The workerFunc function set here is the Server’s serveConn method, which will get the parameters of the request, then call the corresponding handler to process the request according to the request, and return the response.