NGINX announced the departure of founder Igor Sysoev from NGINX and F5. and writes: “Igor Sysoev has chosen to leave F5 in order to spend more time with his family and friends, as well as personal projects. Thank you for everything you have done to make the world’s websites better.” 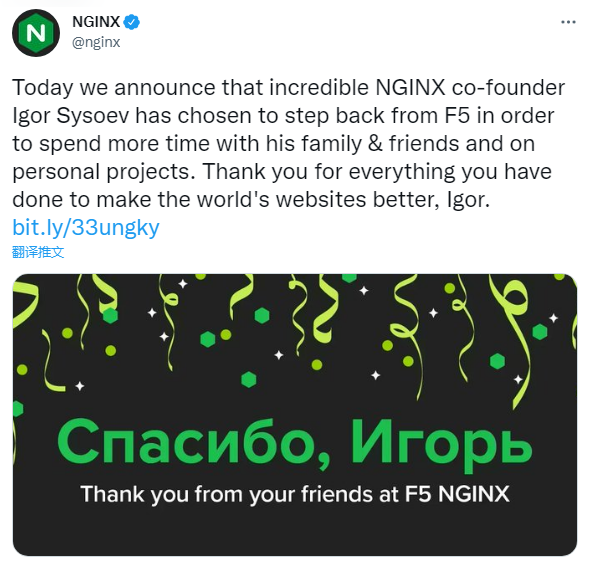 According to the NGINX blog, Igor Sysoev started developing NGINX in the spring of 2002. Igor Sysoev observed the rapid growth of the Internet and found that the way Apache HTTP Server handled connections did not scale to meet the growing needs of the Internet. So he set to work on dealing with this problem and envisioned a better way to handle web traffic - a novel architecture that would allow high-traffic websites to better handle tens of thousands of concurrent connections and cache all kinds of content, such as images or videos that would cause a site’s pages to load slowly.

After several companies in Russia and abroad started using NGINX, Igor officially released NGINX to the public on October 4, 2004 and made it open source.

For the next seven years he was solely responsible for the development and maintenance of NGINX. During this time, he wrote hundreds of thousands of lines of code and NGINX evolved from just a web server and reverse proxy to a true ‘Swiss Army knife’ for web applications and services, adding important core features such as load balancing, caching, security and content acceleration. NGINX quickly gained market share thanks to its excellent performance and rich set of features.

In 2011, Igor and co-founders Maxim Konovalov and Andrew Alexeev set up NGINX to start commercialising services around NGINX, which seemed very new at the time in terms of adding functionality to commercial versions in the form of proprietary modules, a model that many open source startups have adopted until now.

Under Igor’s guidance, NGINX has continued to improve its open source product since the company’s inception and has released more than 140 versions. In addition to NGINX, Igor has overseen the rapid development of other popular NGINX projects, including NGINX JavaScript (njs) and NGINX Unit. He also designed a new sendfile(2) system call implementation that was integrated into the FreeBSD operating system. 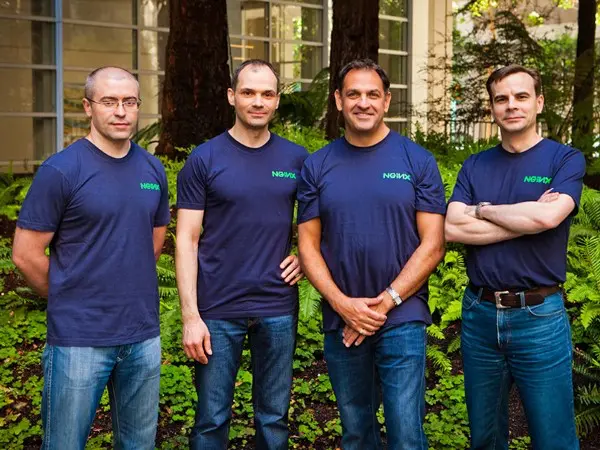 By the end of 2019, NGINX powers more than 475 million websites, and by 2021, NGINX becomes the world’s most widely used web server.