Tomaž Vajngerl, a developer from Collabora, has been working on a new Cairo backend, which was successfully merged into the LibreOffice codebase on Thursday; introducing another graphics backend to the open source office suite. And there have been some new follow-up commits to start moving more functionality to SvpGraphicsBackend. 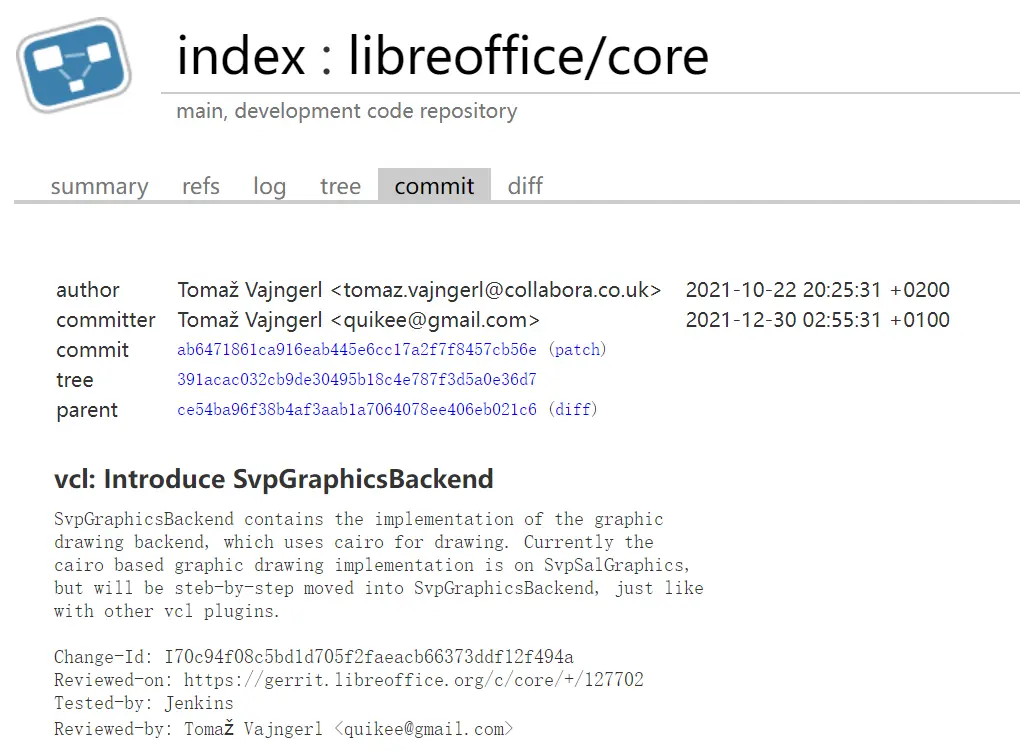 According to introduction, this new backend is developed in the headless area of VCL, so it is likely that it is only considering web-based/remote use of LibreOffice was designed. For those on Linux, they already have GTK and Qt VCL backends as well as various other backends, depending on the platform that handles the widgets and other UI elements of the office suite. On the other hand, the Cairo graphics library has also not had a new release in over a year, but it is quite mature at this stage; it is also still widely used, with support for many output targets and a handy 2D vector graphics API.

It is worth mentioning that there is a Minimal vcl application was also added to the LibreOffice tree on Thursday; it demonstrates how to create a minimal VCL application in about 55 lines of code.

LibreOffice 7.3 is scheduled for release in February, but since that code has already been branched out; this latest VCL work should be applied to its successor, presumably LibreOffice 7.4.