2021 saw the consolidation of a number of kernel improvements, the introduction of new hardware support and much more. But while the year looks good for movement in the Linux kernel, the actual number of commits and lines is lower than ever.

The tech site phoronix has summarized the relevant 2021 Git development statistics. As of December 31, 2021, when running GitStats on the Linux kernel source tree, the repository had received 1,060,172 commits from about 243,000 different authors. The source tree currently consists of 32.2 million lines in 74.3k files.

The number of Linux kernel lines continues to grow at a fairly consistent rate, with new features emerging and extended hardware support reaching the mainline. 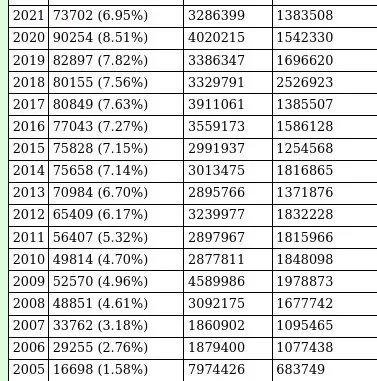