Greg Brockman, CTO of OpenAI, a nonprofit artificial intelligence research company, today posted a tweet about “error messages” in programming, saying that one of the most underappreciated skills in programming is writing friendly error messages. Greg believes that a good error message should be self-explanatory and have three main points:

Musk also commented on his opinion in this tweet, which he fully agrees with, and also said that compilers for programming languages could be better because not enough is currently being invested in them.

In response, a user mentioned Rust and said that Rust solves the compiler aspect to a great extent.

Musk replied that he is also a fan of Rust and greatly appreciates its scalability. However, to maximize performance, the best solution is to use the C language with a custom compiler on specialized hardware. This is important for inferring the max frame rate on the computer in the car. For other scenarios they mainly use C++ and Python, and he emphasizes that C should never be used unless it needs to be optimized for hardware performance! 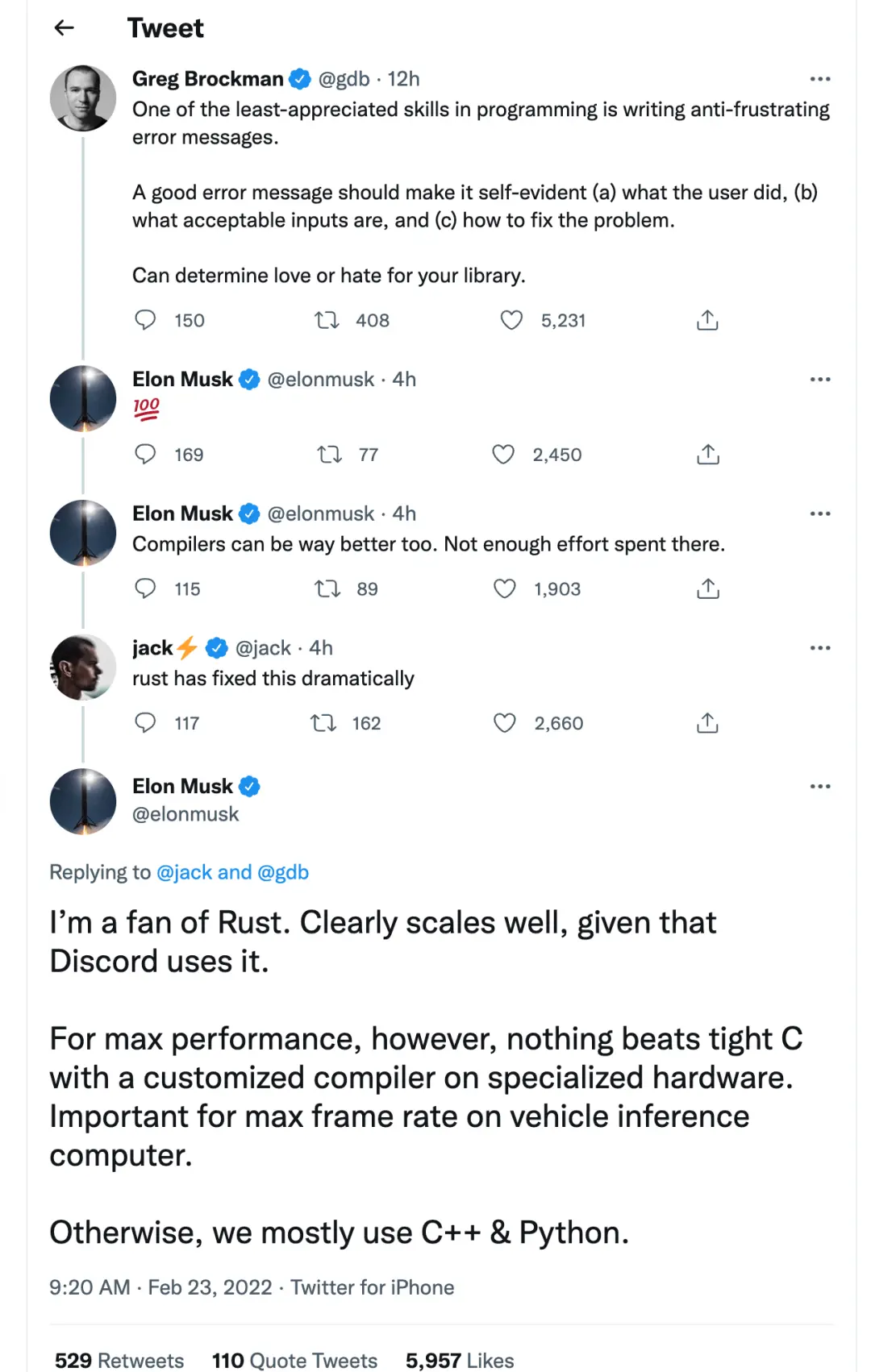 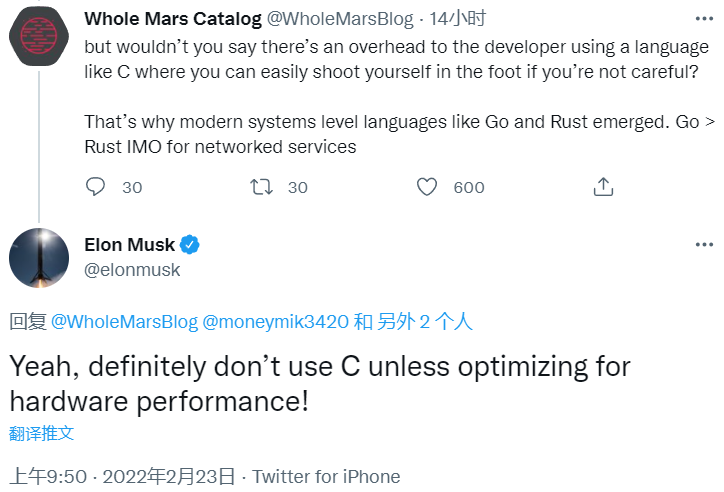 According to reports last year, SpaceX had previously only been using Rust to build prototypes for some of their new projects, but not officially with Rust. Now that Musk is so supportive of Rust, it looks like they’re already using it deeply within their team? 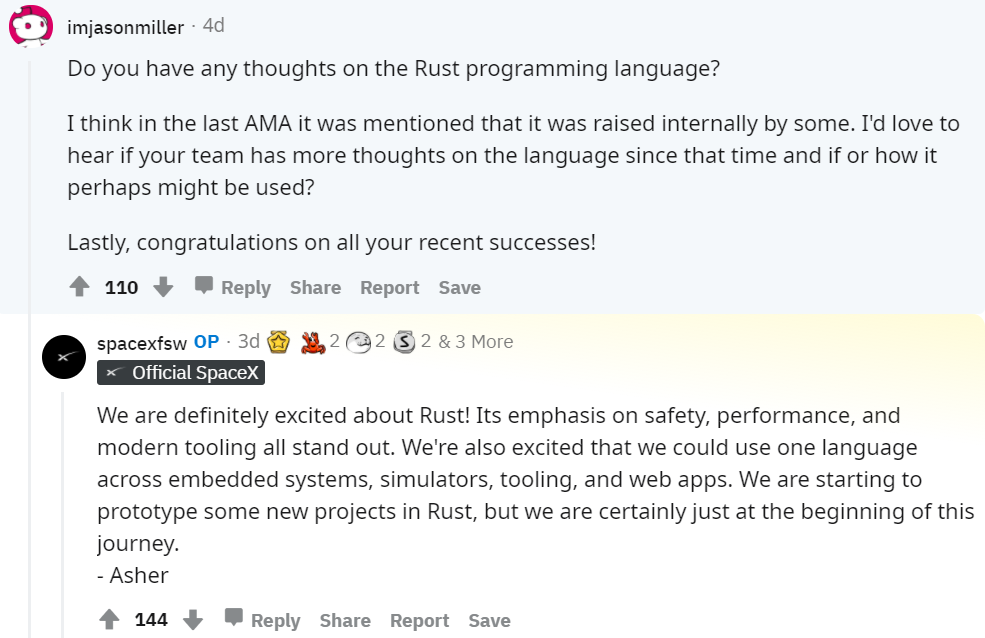