Linux timed tasks (crontab) or Windows Task Scheduler provides us with a traditional way to implement timed tasks. Taking crontab as an example, we can edit the task list using the following command.

Then add a line of data in the open file using the following format.

The first five of these fields indicate when the command was executed, and you can use an asterisk (*) to match all times. For example, setting <month> to an asterisk indicates that the command is executed every month.

For example, enter the following to indicate that the database logical backup operation is executed at zero every day.

For security reasons, instead of entering the password directly, you should add it to the .pgpass file and set the permissions of the file to be visible only to the current user.

The PgAdmin 4 administration tool integrates with pgAgent, but both need to be installed separately. We can download PgAdmin 4 and pgAgent from the official website, and you can refer to the official documentation for installation steps and notes. After the installation is complete, we can see the “pgAgent Jobs” node in the left navigation tree of PgAdmin 4. 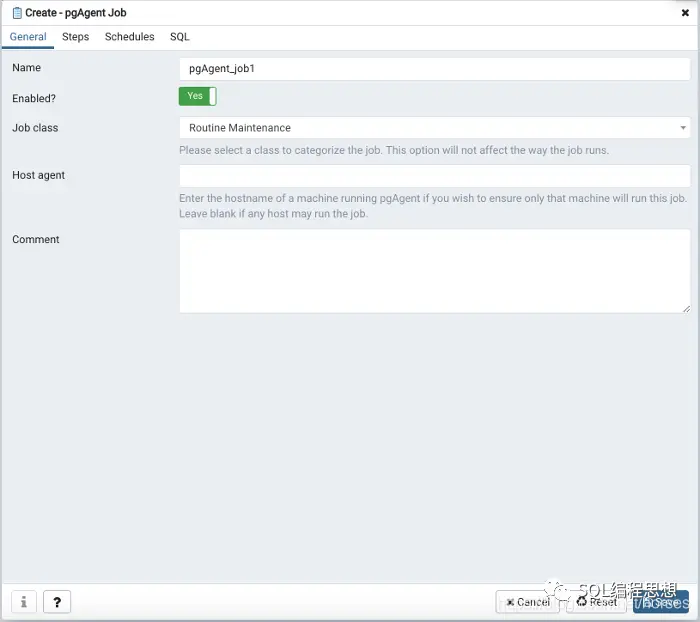 The “General” screen allows you to enter some basic information, including the name of the task. The “Steps” screen allows you to set multiple steps, including scripts or SQL statements to be executed. The “Schedules” screen is used to define the time schedule for the task execution. The “SQL” screen displays the statements that will be used to create or modify the task. 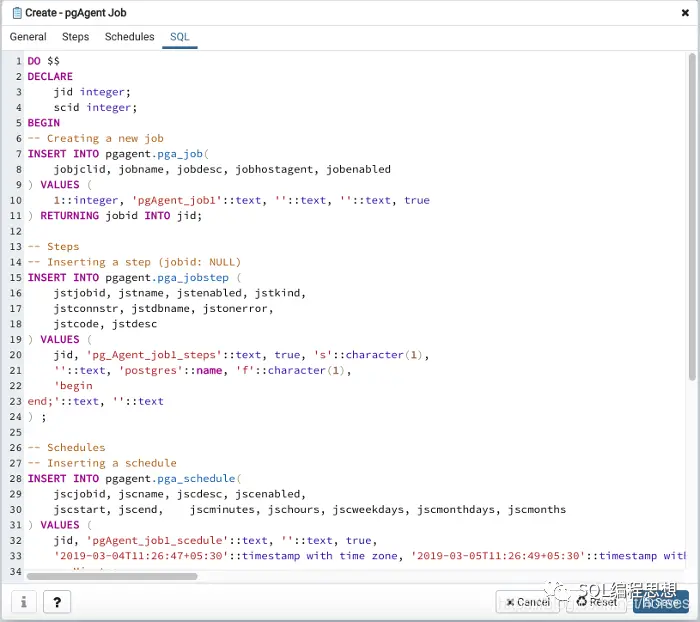 Click the “Save” button to save the settings and create the job, then we can see the created job under the “pgAgent Job” node.

pg_cron is a PostgreSQL timed task plugin (similar to DBMS_SCHEDULER in Oracle) developed by citusdata. pg_cron runs as a background worker, using a cron-like editing syntax, allowing timed tasks to be executed directly in the database. Example.

For Debian and Ubuntu the following command can be used to install (PostgreSQL 12).

Alternatively, we can use the source code for compilation and installation.

We can then use the following command to create the pg_cron function and the metadata related tables. 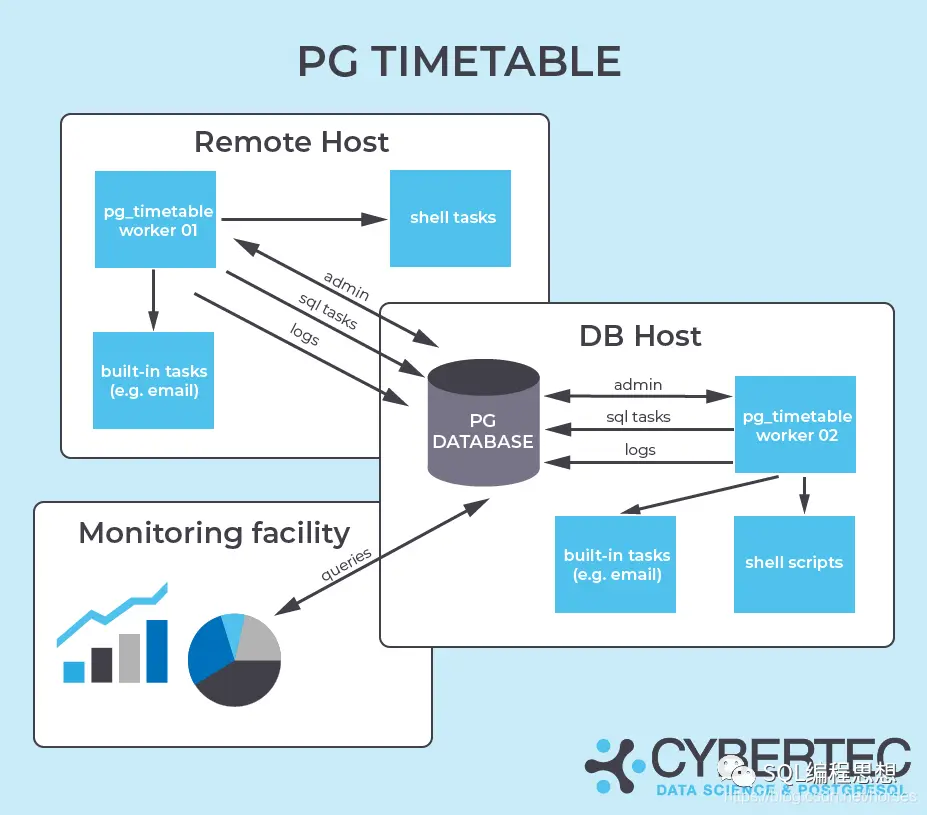 Alternatively, the official docker image can be downloaded here.

The latest tab of the master branch is the latest version, and is run using the command line as follows.

Specify the environment variables in the following way.

In addition, we can also use the source code to compile and install. First download and install the Go language environment, and then copy the pg_timetable source code using the go get command.

Alternatively, it can be compiled into a binary program and run.

If you want to run all the tests in your project, you can execute the following command.

You can also run tests using a postgres docker image.

pg_timetable runs independently of the PostgreSQL server and is equivalent to a client process. After installation, run the pg_timetable program by executing the following command.

A number of examples are provided in the sample directory of the source code for reference. The following command creates a timed task that runs “MyJob” at 00:05 in August.

The complete configuration of the pg_timetable scheduled task consists of 3 phases.

In addition, in order to pass control parameters to the basic tasks, each task in the task chain can be accompanied by an execution parameter. For detailed configuration methods and examples, please refer to the official website.