GitLab CEO Sid Sijbrandij published a blog about some of the actions GitLab has taken since the Russian-Ukrainian war broke out. 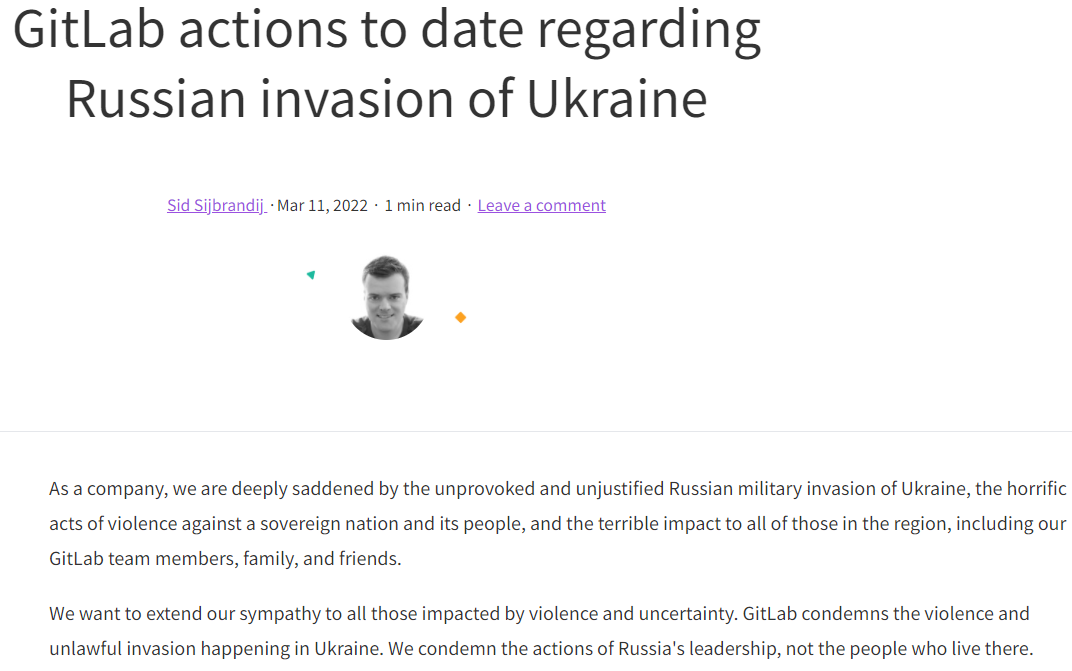 Sijbrandij said GitLab is deeply saddened by the Russian government’s unprovoked and unjustified military invasion of Ukraine, the horrific violence against a sovereign nation and its people, and the terrible impact on everyone in the region, including GitLab team members and family and friends. gitLab extends its sympathies to all those affected by the violence and uncertainty. GitLab condemns the violence and trespassing that took place in Ukraine, and condemns the actions of the Russian leadership.

According to reports, GitLab has been closely monitoring developments and providing support to team members affected by the violence, and their current priority is to ensure the safety and health of the 13 Ukrainian team members. In addition, they maintain daily contact with all team members in the affected regions and have been working directly with those affected, including their immediate families, to provide assistance and financial support.

For customers and partners, GitLab says it is making every effort to ensure the security and business continuity of its products. They have introduced security-related tools, as well as added channels to provide threat intelligence, and added employees dedicated to 24x7 monitoring of threats and risks to their services and environments. gitLab does not store and back up customer data in Russia and Ukraine.

Finally, GitLab has suspended new business in Russia and Belarus. As the situation is fraught with change, GitLab is reviewing and updating its business practices accordingly.