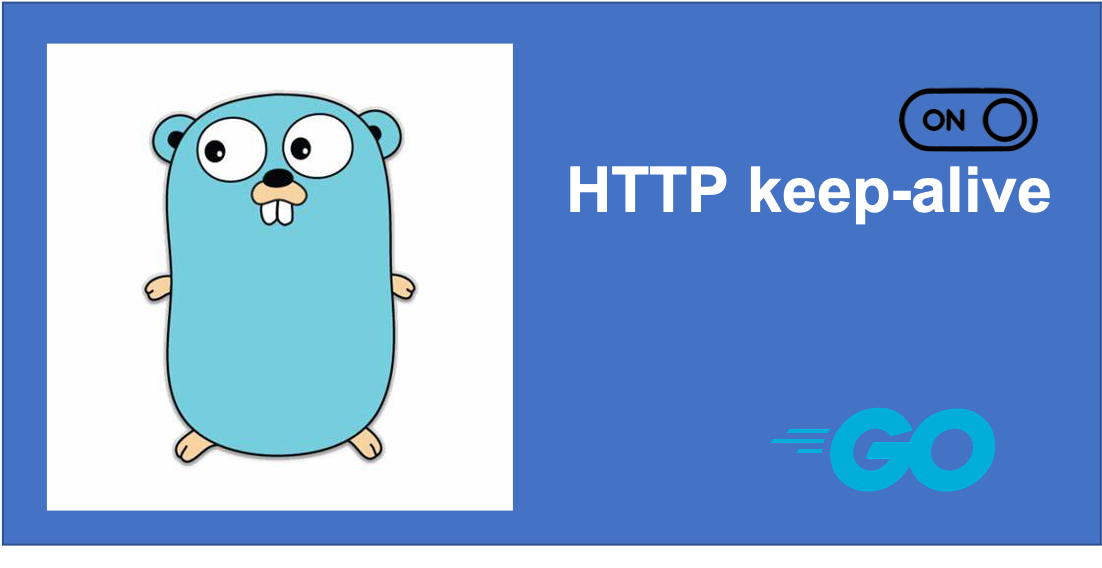 HTTP is the basic protocol of the Internet today, carrying the majority of the application layer traffic on the Internet, and from the current trend, in the next 10 years, http will remain the main protocol for Internet applications. Based on the Go standard library we can easily set up an http server to handle client-side http requests, or create an http client to send http requests to the server.

Initially, the early http 1.0 protocol only supported short connections, i.e. for each request sent by the client, a new TCP connection was established with the server, and the connection would be removed after the request was processed. Obviously each tcp connection handshake and dismantling will bring a large loss, in order to make full use of the established connection, later http 1.0 updates and http 1.1 support the addition of Connection: keep-alive in the http request header to tell the other party not to close the link after the request response is complete, and to reuse the connection next time to continue to transmit subsequent requests and responses. The post-HTTP protocol specification specifies that HTTP/1.0 versions need to add Connection: keep-alive to the request header if they want to maintain a long connection, while HTTP/1.1 versions will support keep-alive long connections as the default option, with or without this request header.

In this article we’ll take a look at the http.Server and http.Client of the net/http package in the Go standard library’s handling of keep-alive long connections and how to turn off the keep-alive mechanism on the Server and Client side.

As per the HTTP/1.1 specification, the http server and client implementations of the Go http package treat all connections as long connections by default, regardless of whether the initial requests on those connections have Connection: keep-alive.

The following is a http client and a http server implementation, respectively, using the default mechanism of the go http package.

The http client implementation with keep-alive enabled by default.

The http server implementation with keep-alive enabled by default.

Now we start the http server above:

We use the above client to make 5 http requests to the server.

The log output from the server side during this period is as follows.

Let’s briefly analyze the output from both ends.

Even if our client side sends a request every 5 seconds, the server side does not close the connection by default (we buffer log packets with fmt packets and output a timestamped log).

2. http client side sends requests based on non-keep-alive connections

The underlying data connection establishment and maintenance of http.Client is implemented by http.Transport. http.Transport structure has a DisableKeepAlives field with a default value of false, which starts keep-alive. alive, and then assign this Transport instance to the Transport field of the http Client instance as the initial value.

Next, we use this client to send five requests to the http server above, with an interval of 5 seconds between requests (to simulate an idle connection), and we get the following results (observed by printing information from the server side).

From the output of the Server, the request from the client adds the Connection:[close] header field, and when such a request is received, the Server side no longer maintains this connection. We also see in the logs above that each request is sent out on a different client port, so clearly these are five different connections.

3. Create an http server that does not support keep-alive connections

Suppose we have a requirement that the server does not support keep-alive connections at all, and the server will close the connection after returning an answer, regardless of whether the client sends a request with Connection: keep-alive explicitly in the header. So how can we achieve this in Go? Let’s look at the following code.

We see that before ListenAndServe, we call the SetKeepAlivesEnabled method of http.Server and pass in the false argument, so that we turn off support for keep-alive connections to that Server at the global level, and we use the previous client-keepalive -on the following client to send five requests to the Server.

We see that the Server closes the connection transmitting the request after processing each request, which causes the client to measure having to create a new connection for each request (as seen by the client address and port output from the server).

Obviously the above server is “too overbearing” and the above “one-size-fits-all” mechanism does not make sense for a client who wants to reuse connections and improve the efficiency of request and reply transmission. So is there a mechanism that allows the http server to keep-alive on connections with high data density, and to clean up those idle connections that have not been transmitted for a long time, releasing the occupied system resources? Let’s look at the following go implementation of the server.

Let’s see how it works and if it is what we expect. To test the effect, we modified the client side and put it under client-keepalive-on-with-idle.

The client request is divided into 5 rounds, with an interval of 7 seconds between rounds, and the following is the communication process and results.

The effect we expect is achieved!

5. One http client can manage connections to multiple servers

We create two default http servers, listening to 8080 and 8081 respectively, and run the above client.

The output of the server side is as follows.

We see that the client supports communication with multiple servers at the same time and for each server can use keep-alive connections for efficient communication.

The source code for this article can be downloaded from here.