In this article, I’ll take a look at the interface from the internal degree assignment + assembly perspective, to understand how the interface works.

This article will focus on type conversions and related error-prone areas. 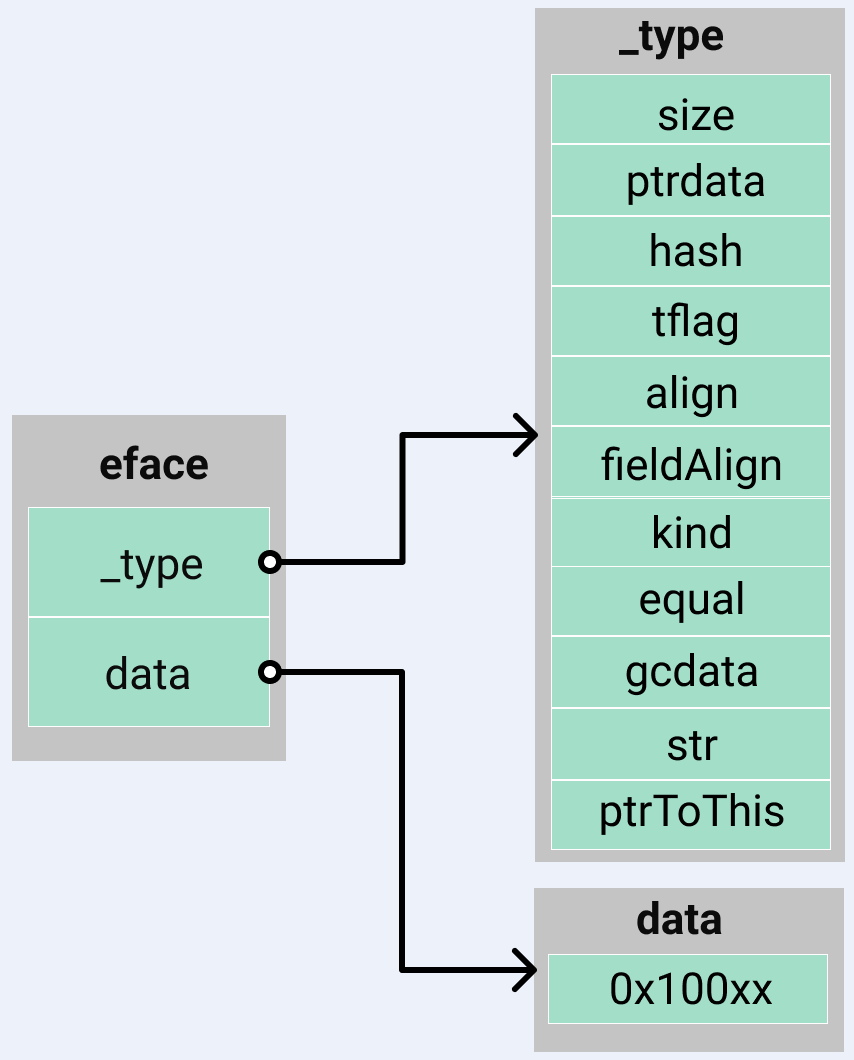 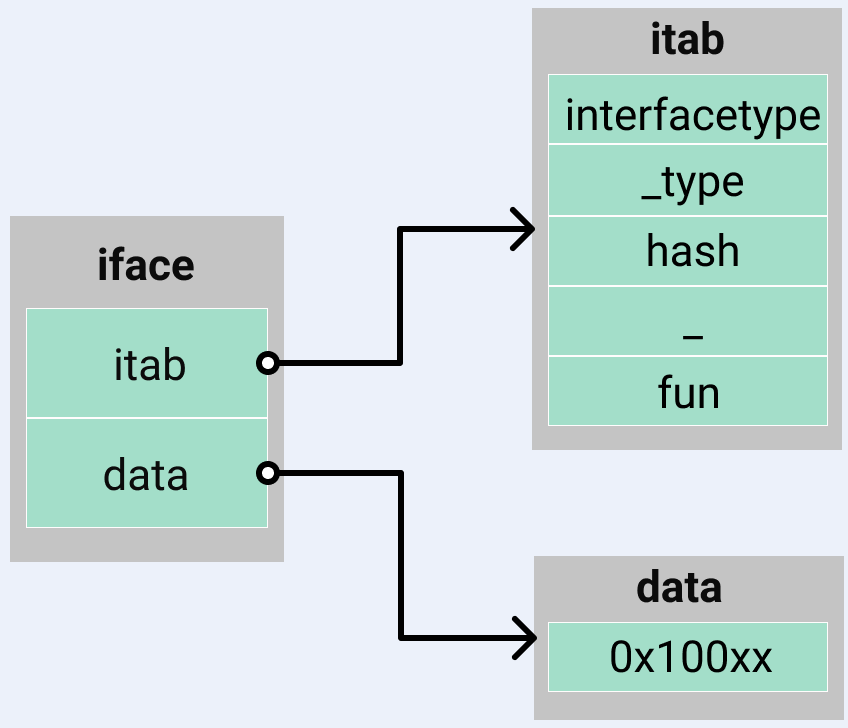 This most common code now raises some questions.

Most of the source code analysis is done from the assembly, so here is the corresponding assembly posted as well.

This assembly has the following features.

This assembly is intuitively invisible from the conversion of interface to eface. How can this be observed? This requires the use of gdb.

To dig deeper, how can we use the memory distribution to verify that it is eface? We need to add some additional code.

From this result, we can see that

From the memory allocation, we can basically see the memory layout of eface and the corresponding final eface type conversion result.

iface We also look at the assembly.

In this assembly, we can see that there is an itab, but the assembly still does not reflect whether it is actually converted to iface.

Again, we continue to use gdb to see that the Person interface is indeed converted to iface.

About iface memory layout, we still add some code to see it.

For those who want to continue exploring the memory layout of eface, iface, you can use unsafe’s related functions to look at the values on the corresponding memory locations based on the above code.

We will focus only on the type assertion piece, posting the corresponding assembly.

Person(SB)` to compare whether they are equal to determine whether the real type of Person is Man.

Another way to assert the type is switch, which is essentially the same thing.

The most famous trap of interface is the following one.

When we copy b to interface, x._type.Kind = kindPtr. x.data = nil, but the interface == nil condition is not met.

A little advice on reading the interface source code, if you want to use assembly to read the source code, try to choose go1.14.x.

If you choose Go assembly to look at the interface, you basically want to see whether the interface is eventually converted to eface or iface, which functions of runtime are called, and the corresponding function stack distribution. If you choose too high a Go version, the Go assembly will change too much and you may not see the corresponding content in the assembly.