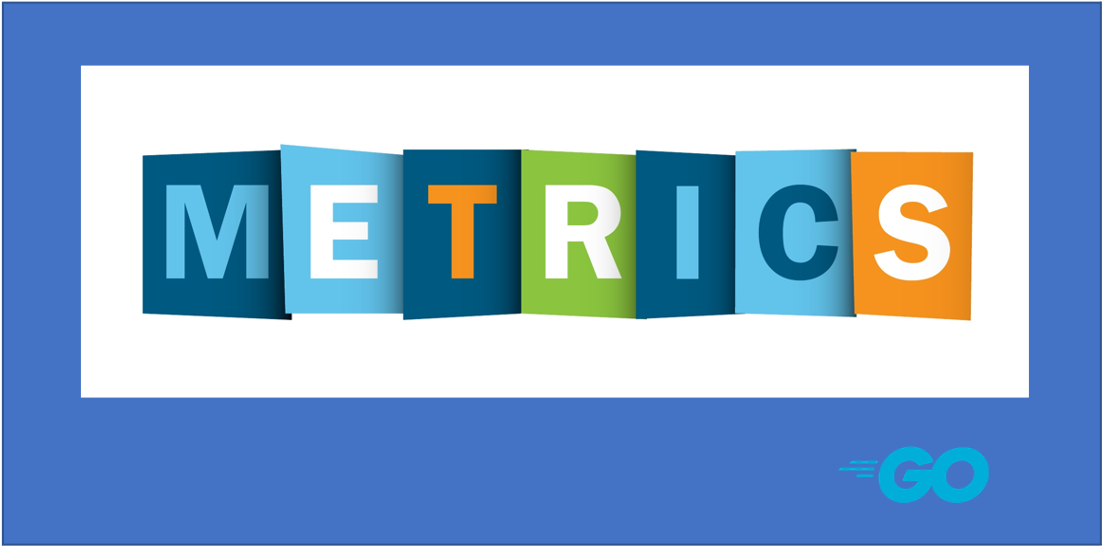 The Go language has a built-in expvar, and we can customize various metrics based on the support for basic metrics provided by expvar. But expvar only provides the lowest level of metric definition support, for some complex metric scenarios, third-party or self-implemented metrics packages are essential.

The go-metrics package does not do enough in terms of documentation, and to understand many conceptual things, we have to go back to the project documentation of Coda Hale’s Metrics library to dig into it.

A package like go-metrics is a purely tool-based package, there is not much “brainstorming” involved, you just need to be able to use it.

go-metrics uses the same structure for metrics organization as Coda Hale’s Metrics library, i.e., it uses a Metrics Registry. A Metrics Registry is a collection of metrics.

The go-metrics package defines the behavior of the Metrics registry as an interface type.

and provides a standard implementation of Registry of the type StandardRegistry.

Once we have a default Registry instance, we typically use the following goroutine concurrency-safe package-level function GetOrRegister to register or obtain a metric.

go-metrics inherits several basic metric types supported by its predecessor Coda Hale’s Metrics library, namely Gauges, Counters, Histograms, Meters and Timers. We will explain the meaning and usage of each of these basic metric types.

Gauge is an instantaneous measurement of a value, which reflects a snapshot of a value. For example, if we want to measure the number of messages to be sent in the current queue or the number of goroutines started by the current application, we can use Gauge as a metric type.

The following example uses a Gauge metric type to measure the number of goroutines currently started by the application.

Starting the program and making an http request with the hey tool, we see the following output.

Run the above gauge1.log in the same way.

For Gauge, as in the code above, we set its value directly by Update.

Counter as the name implies Counter! Compared to Gauge, it provides the methods Inc and Dec to increase or decrease the metric, as in the following code.

Counting is a metric that is used more often in everyday scenarios. For example, the number of requests handled by a service is a very suitable metric for counting, as demonstrated by the following code.

In this code, we use the Inc method of Counter to increase the count for each http request received in its corresponding handler function, and run the above code.

Meter is used to measure the speed of a set of events, e.g. the average processing performance of a web service (bars/sec). In addition to the average, go-metrics’ Meter also provides the average speed for 1 minute, 5 minutes and 15 minutes by default, similar to the load average output of the top command for one minute, five minutes and 15 minutes. similar to the one-minute, five-minute, and 15-minute system load averages output by the top command.

The following is an example of using Meters to measure the processing performance of a web service.

We use hey to “pressure” the web server and look at the output of the Meter metric.

The last measure of the Meter is the mean rate, which is the ratio of the total number of requests processed to the program’s running time after the service is started.

Histogram is a histogram, similar to the concept of histogram in probability statistics, the Histogram in go-metrics is also used to count the statistical distribution of a set of data. In addition to the minimum (min), maximum (max), and mean (mean), it also measures the median, 75th, 90th, 95th, 98th, 99th, and 99.9th percentiles.

In the above example, we use a random value to simulate the service processing time for http requests. histogram requires a sampling algorithm and go-metrics has built-in ExpDecaySample sampling. Running the above example and using hey to simulate a client request, we get the following output.

Finally, let’s introduce Timer as a metric type. Don’t be misled by the name of this metric type, it is not a timer.

Timer is an abstract metric type defined by go-metrics, which can be understood as an “amalgamation” of Histogram and Meter, i.e., it measures the execution frequency (rate) of a piece of code, and gives the data distribution of the execution time of this piece of code. This can also be seen in the Timer implementation.

We see that a StandardTimer is composed of a histogram and a meter. Let’s use the http server service above as an example, and we’ll use the Timer metric this time.

As you can see here we also simulate the processing time of the request with a random number and pass it to Timer’s Update method. Run this code and stress test it with hey.

We see that the output of the Timer metric is indeed also the union of Histogram and Meter!