Apache Dubbo has the injvm method of communication, which can avoid the latency caused by the network, and also does not occupy the local port, which is a more convenient way of RPC communication for testing and local verification.

I recently saw containerd’s code and found that it has similar requirements. But using ip port communication, there may be port conflict; using unix socket, there may be path conflict. I looked into whether gRPC has a memory-based communication method similar to injvm. Then I found that pipe works very well, so I recorded it.

Golang/gRPC abstraction of the network 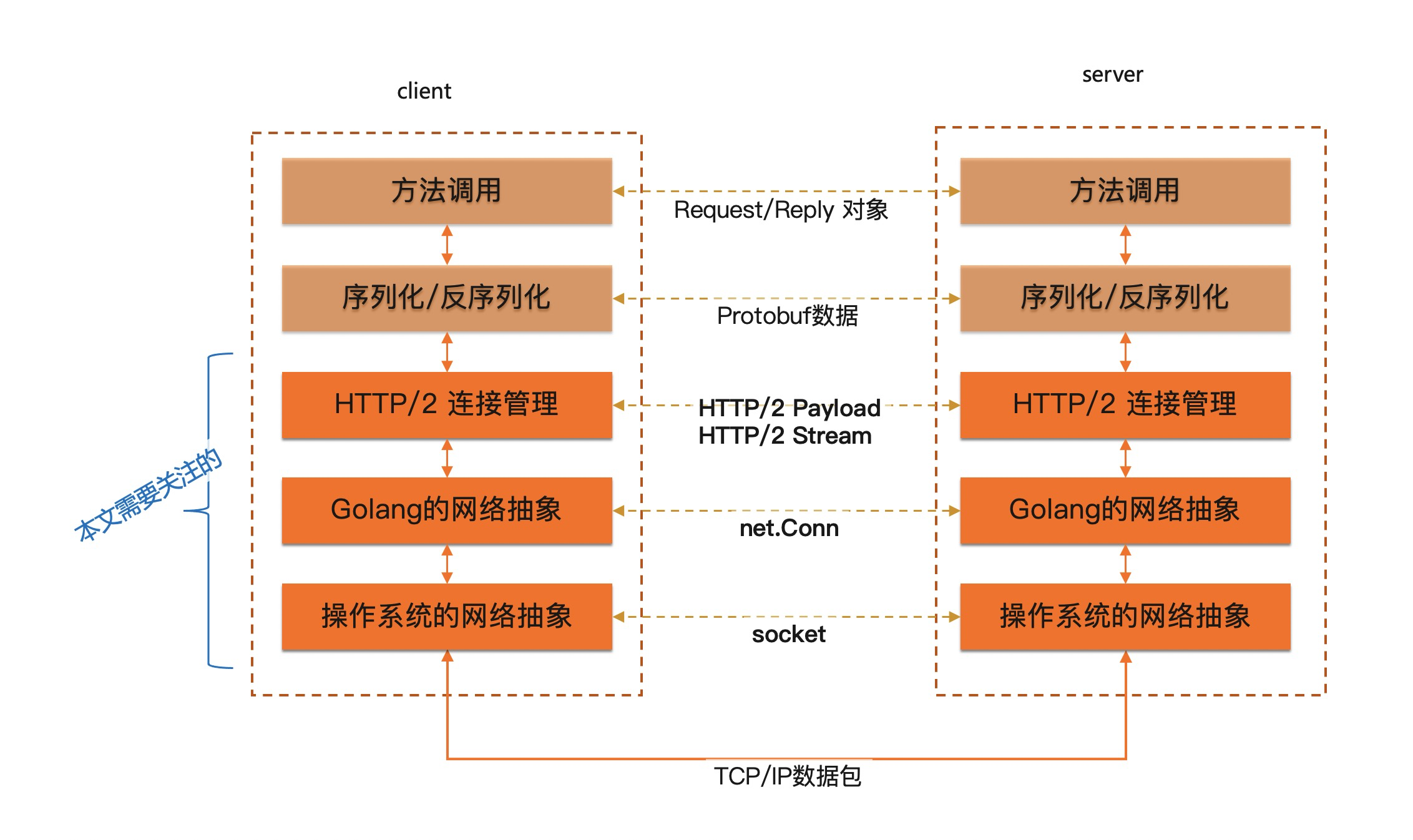 We focus on the socket part.

First, on top of the network packet, the system abstracts out socket, representing a virtual connection, which is unreliable for UDP and as reliable as it can be for TCP.

In Golang, the concept of socket peer is called net.Conn, which represents a virtual connection.

Next, for the server side, the act of accept is wrapped in the net.Listener interface; for the client side, Golang provides the net.Dial method based on connect.

So how does gRPC use Listener and Dial?

For the gRPC server, the Serve method receives a Listener, indicating that the service is available on that Listener.

For the gRPC client, the network is essentially just something that can connect to somewhere, so all that is needed is a dialer func(context.Context, string) (net.Conn, error) function.

What is a pipe

At the operating system level, pipe represents a data pipe that is on both ends of this program and can be a good fit for our requirements: memory-based network communication.

Golang also provides net.Pipe() function based on pipe to create a bi-directional, memory-based communication pipe that, in terms of capability, can meet gRPC’s requirements for the underlying communication very well.

However, net.Pipe only generates two net.Conns, i.e. only two network connections, no Listner as mentioned before, and no Dial method.

So in combination with Golang’s channel, net.Pipe is packaged as Listner and also provides Dial methods.

How to use pipe as a connection for gRPC

With the above wrapper, we can create a gRPC server-side and client-side based on this for memory-based RPC communication.

First, we simply create a service that contains four invocations.

Then generate the relevant stub code.

Then start writing the server-side code, the basic logic is to achieve a demo version of the server is good.

Then we create a client based on a pipe connection to call the server.

The following steps are included.

Of course, there are better ways to communicate as memory-based RPC calls, such as passing the object directly to the server and communicating directly by local calls. But this way breaks many conventions, such as object address, such as gRPC connection parameters do not take effect, and so on.

In this article, the communication method based on Pipe is consistent with the normal RPC communication behavior except that the network layer goes through memory transfer, such as the same experience of serialization, through the HTTP/2 flow control, etc.. Of course, the performance will be a little worse than the native call, but the good thing is that for testing and verification scenarios, the consistency in behavior is more important.