Redis provides two persistence mechanisms, RDB and AOF. This chapter first describes how the Redis server saves and loads RDB files, focusing on the implementation of the SVAE and BGSAVE commands. After that, the chapter continues with a description of how the Redis server’s auto-save feature is implemented. The components are described, and the structure and meaning of these components are explained. At the end of this chapter, we will analyze and interpret actual RDB files, and put what we have learned about RDB files into practical applications. Some pseudo-code will be included to facilitate understanding. The source of this article is the book redis Design and Implementation.

There are two Redis commands that can be used to generate RDB files, one is SAVE and the other is BGSAVE.

The actual work of creating the RDB file is done by the rdb.c/rdbsave function. The SAVE command and the BGSAVE command call this function in different ways, and the difference between these two commands can be clearly seen by the following pseudo code:

See the above output is printed when the RDB file is successfully loaded. It is also worth mentioning that because the AOF file is usually updated more frequently than the RDB file, so :

The following diagram shows the flow of judgment when the server loads a file. 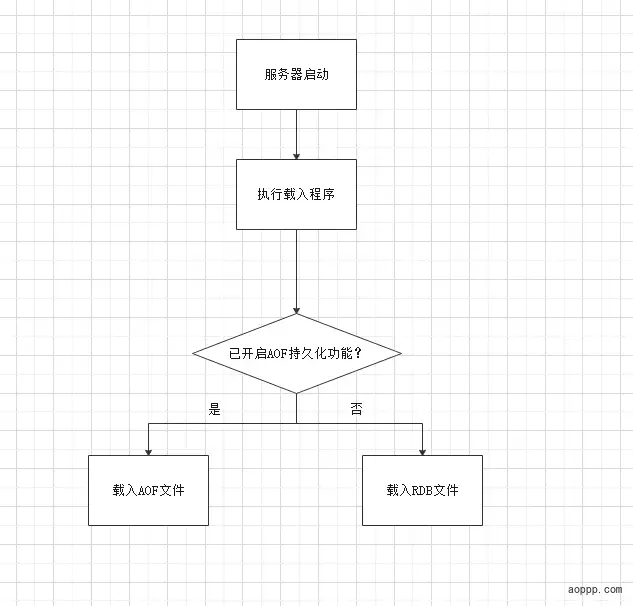 Since the actual work of both BGSAVE and BGREWRITEAOF is performed by the subprocesses, there is no operational conflict between the two commands, and it is only a performance consideration that they cannot be executed simultaneously. It is not a good idea to issue two subprocesses and have both of them perform a lot of disk write operations at the same time.

The server will remain in a blocking state while the RDB file is loaded until the load is complete.

This is to use the BGSAVE command to set the relevant conditions to execute the command, for example, we redis generally have the following configuration.

Explanation of the above configuration 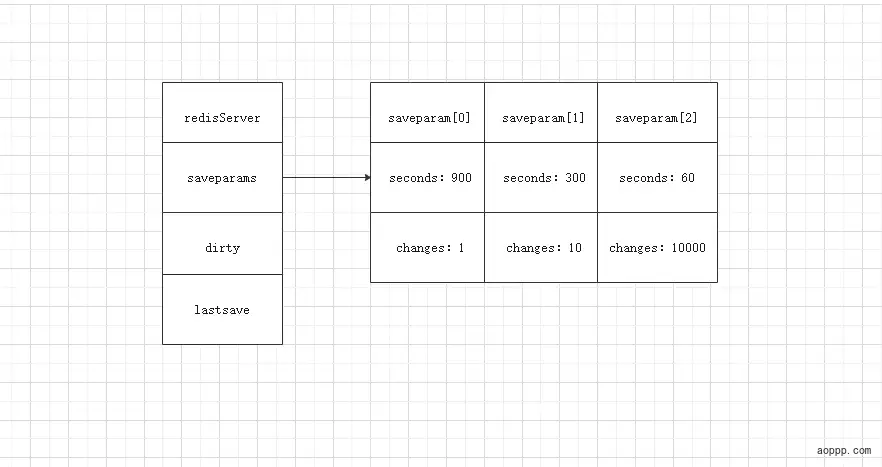 In addition to the saveparams array, the server state maintains a dirty counter, and a lastsave attribute.

The above figure shows the dirty counter and the lastsave attribute contained in the server state, illustrated as follows.

Check if the save condition is met

Redis’s server-periodic operation function servercron is executed by default every 100 milliseconds to see if the condition has been met and, if so, to execute the BGSAVE command.

The following pseudo-code shows the servercron function checking for a save condition.

The above code shows that the program will iterate through and check all the save conditions in the saveparams array, and as long as any of the conditions are met, then the server will execute the BGSAVE command.

The following shows the various parts of a complete RDB file.

At the beginning of the RDB file is the REDIS section, which is 5 bytes long and holds the five characters "REDIS". With these five characters, the program can quickly check if the file loaded is a RDB file when it is loaded.

db_version is a four-byte character integer that records the RDB version number used by the file. The current version of the RDB file is 0009. Since different versions of RDB files are not compatible with each other, you need to choose different read methods depending on the version when reading into the program.

The databases section contains zero or any number of databases, and the key-value pairs in each database:

The length of the EOF constant is 1 byte. This constant marks the end of the body of the RDB file, and when the read program encounters this value, it knows that all key-value pairs for all databases have been loaded.

check_sum is an 8-byte unsigned integer that holds a checksum, which is calculated by the program from the contents of REDIS, db_version, databases, and EOF. When the server loads the RDB file, it will compare the checksum calculated from the loaded data with the checksum recorded by check_sum to check whether there is any error or corruption in the RDB file.

Starting from Version 5, if rdbchecksum yes is enabled in the configuration file, the checksum of the whole file content will be calculated by CRC64 with 8 bytes at the end of the RDB file.

This is my latest pull of redis with empty data, let’s analyze it in turn: od -c rdb.rdb.

These fields are actually the file header contents of the AOF and RDB generic sections.

But the RDB file header has three more items before aof-preamble as follows.