This article documents my experience in building Docker images for multi-system architectures, as well as some of my personal understandings. 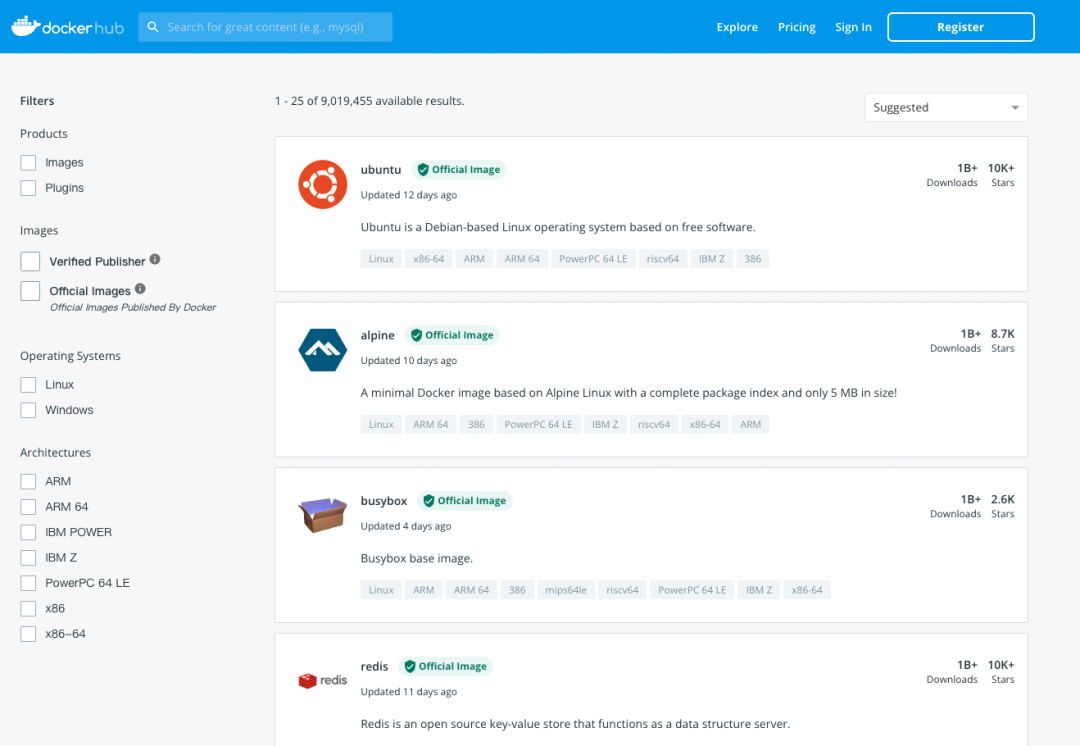 In the docker hub, the supported architectures are listed for all major images, and you can filter the images by Architectures.

Prior to docker buildx, we could only build images via docker build. As the name suggests, docker buildx is an extension to docker’s build capabilities, and one of its biggest highlights is its support for multi-system architecture builds.

We will describe this command in detail below.

The docker manifest manifest, which is still experimental, is a key command for building multi-system architectures. It gives us information about the hierarchy of an image, its size, signature and, most critically, the architecture supported by the image.

The platform column. This is the information about the architecture support that we are most interested in. 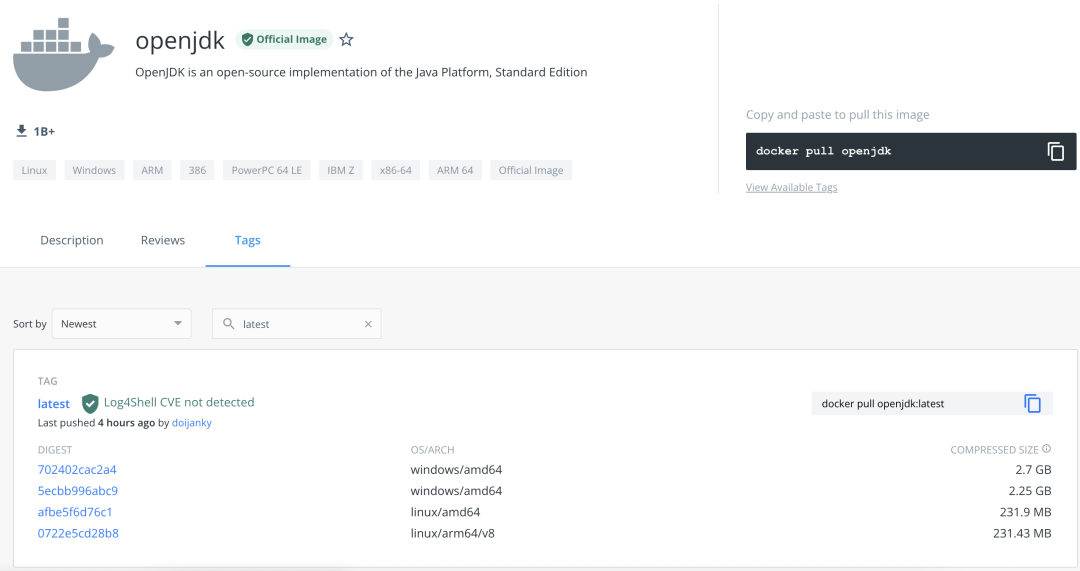 Comparing the digest information, you can see that it is the same as the docker hub information.

This article describes the environment

Before the Mac M1 / ARM architecture was used, pulling images didn’t seem to be that much of a hassle.

As you can see from the previous article, openjdk has different digest for different architectures, and docker will determine the architecture of the current machine and pull the version of the corresponding architecture. For example, on Mac M1, I pull the arm64 version.

We can also specify the image corresponding to the OS & architecture to be pulled by using the --platform parameter.

The same image tag, only one copy will be saved locally, check the architecture information of the local image again, it is already amd64.

The hub side supports storing multiple mirrors according to Arch, actually using mechanisms such as manifest, but not all mirrors support manifest.

This also means that the --platform argument does not apply to all mirrors, and you can check the Arch support of mirrors with docker manifest inspect.

Take openjdk for example, it provides both arm64 and amd64 versions, so we’ll use it for the demo.

The default builder of docker buildx supports building images for linux/arm64, linux/amd64, etc. Docker achieves this capability by cross-building, so it is not limited to the CPU architecture of the build machine.

The docker buildx supports the -platform argument, which specifies the OS & CPU architecture of the build image.

In the previous step, we have actually built a multi-architecture image, but at this point, different architectures have different tags, which is a bit different from the familiar openjdk solution. openjdk and other images use docker manifest to bind multiple architectures to the same tag.

Note that the manifest kiritomoe/java-multi-arch-demo:1.0 was finally pushed, and no other images were pushed. And after the manifest is pushed, the local copy needs to be deleted, which makes it possible to perform operations such as docker manifest inspect kiritomoe/java-multi-arch-demo:1.0 locally in the future to ensure that it is loaded from the remote repository, and the manifest only makes sense if it exists in the remote repository to make sense.

Use the command line to view it.

Some of the “best” practices

If you research the multi-architecture support, you will find that the above mentioned solutions are not the only ones supported, and with my limited energy, I didn’t look into the history of multi-architecture support for docker in detail. If not for the project, God knows I would have spent two days researching these things. But the above solution is the simplest one I have come up with so far.

While docker implements the ability to automatically pull native images based on the compiling machine, this capability is not available in all cases. For example

To keep it all under control, my personal advice is to follow two principles.

While I am aware that it is possible to accurately pull the image of a given Arch via sha256, it would add a lot of cost to understanding.