The flexibility of Python’s dynamic language is known to be a “double-edged sword”. This means that there can be different runtimes, such as Pyston, Cinder, MicroPython, pypypy, etc., which may support the entire language, specific versions, or subsets. But if you’re using Python, then you’re probably running CPython.

CPython is the standard Python interpreter written in C. It also acts as a compiler, since its task is to compile Python code in bytecode form before the actual interpretation phase.

CPython has something called Global Interpreter Lock (GIL) that affects threaded code, i.e. only one thread can be running in the interpreter at a time. As a result, GIL has been seen as an inherent limitation in the development of the language.

Previously, there have also been proposals to address this issue, such as moving performance-critical parts to C or using multiple interpreters. However, to meet these expectations, the audience of interpreter users may expand. There are several alternatives, such as through dedicated JVM (Java Virtual Machine) and CLR (Common Language Runtime) solutions, but most of the above existing solutions have considerable drawbacks.

So with this background, support for “Python without global interpreter locks” is gaining traction.

Repealed Many Times: How to Get Rid of GIL

At the Python Language Summit, Meta’s Senior Director of Engineering Sam Gross raised the topic of “deprecating GIL” as part of the “nogil” project.

The proposal is said to be based on the idea of deprecating GIL in Python, where Gross initially ran into problems with Python projects using third-party code and started thinking about how to make threads safe “without GIL”.

As mentioned earlier, the global interpreter lock GIL can only run one thread at a time in the interpreter, so it might be easier to reason about program state when you can guarantee that only one thread is running at a time. Without GIL, however, reference counting, memory allocation, method resolution sequential caching, and garbage collection threads become unsafe.

So, how do you get rid of GIL?

Sam Gross reportedly devoted an earlier discussion to this evolution. Since CPython is designed to be “thread-safe” but relies on GIL, getting rid of GIL requires, first of all, a major change in reference counting. 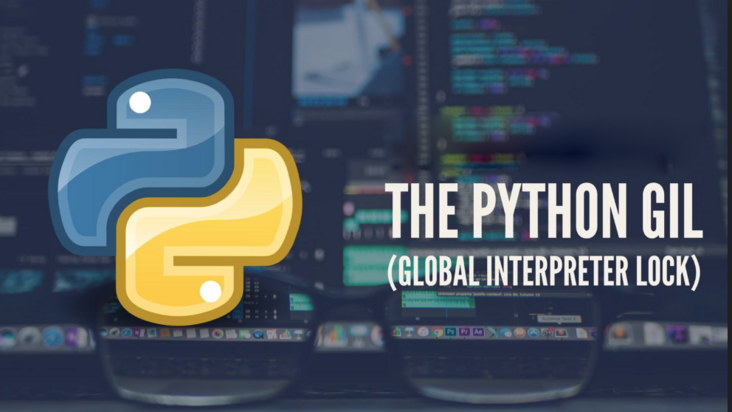 Sam Gross replaced the standard pymalloc memory allocator with mimalloc, an alternative to malloc that provides thread safety and performance. The benefit of this swap is that this allocator allows the runtime to look up GC-tracked objects without an explicit list. This is a significant performance gain, but it means that you cannot just swap another allocator that is compatible with malloc and expect garbage collection and collection to have the same thread safety.

Python has not yet decided whether to remove GIL

On the question of why GIL should be removed, the Python Foundation blog explains, “In order for Python to work efficiently without GIL, new locks must be added to most code to ensure that it remains thread-safe, but adding new locks to existing code can be very difficult because of the potential for significant slowdowns in some areas. "

This time, Sam Gross’ new proposal to “remove the GIL” seems to have been “enthusiastically” welcomed by the rest of the Python core development team. Now, the main question to be addressed is how to implement such a huge change in CPython.

The next version of CPython (or CPython 3.11) is reportedly expected to be released in October 2022, and it is not known if there will be a major update at that time, but reports suggest that developers are particularly interested in this update for higher performance and integration of support for running in the context of a web browser.

For some time now, developers have tried to deprecate GIL in the standard implementation of CPython because it has hindered the language’s progress. This time, a new proposal to “remove GIL” is finally here, and while Python has not yet made a final decision on implementation, it’s still worth waiting for.