I feel that this part of the code is still quite interesting, and I will try to explain it in a more general way.

I remember my article on the Go HTTP Standard Library, which explains how to create a Server-side application for Go.

Redis is a bit different because it is single-threaded and cannot use multiple threads to handle connections, so Redis chooses to use an event driver based on the Reactor pattern to implement concurrent processing of events. 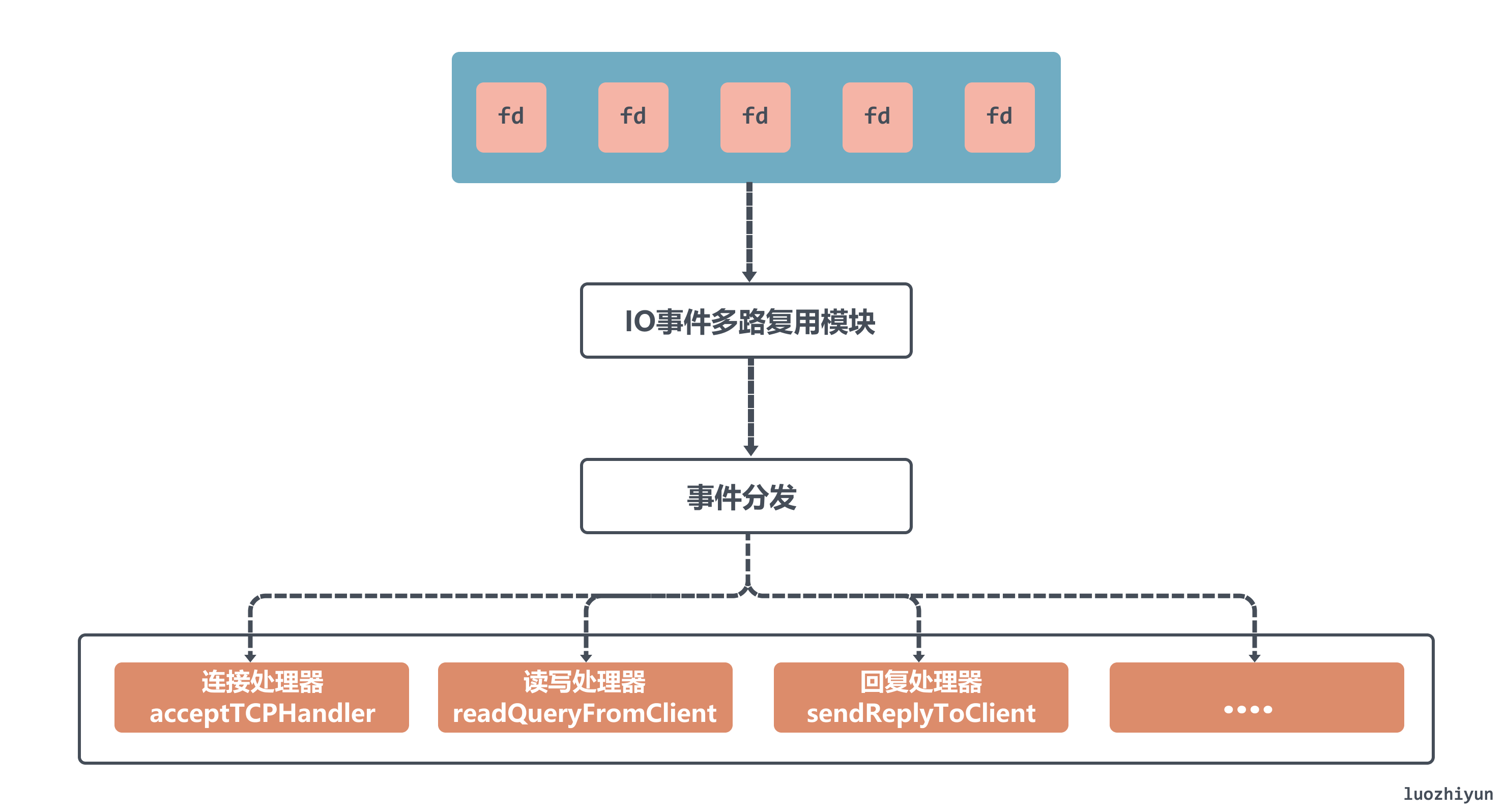 The so-called Reactor mode in Redis is to listen to multiple fd’s through epoll, and whenever these fd’s respond, they will notify epoll in the form of events for callbacks, each of which has a corresponding event handler.

Each event has a corresponding event handler, such as accept for acceptTCPHandler, read & write for readQueryFromClient, and so on, and then the events are assigned to event handlers for processing in the form of circular dispatching of events.

So the above Reactor pattern is implemented through epoll, and there are three main methods for epoll.

So we can implement a simple server based on these three methods.

So, based on the above, you can see that an event loop for Redis is just a few steps.

The entire process of the event loop above has actually been written in very clear code steps, and there are many articles on the Internet about it, so I won’t say much.

Let’s talk about something that many articles on the web don’t mention, and see how Redis executes commands, stores them in the cache, and writes the data back to the Client from the cache. 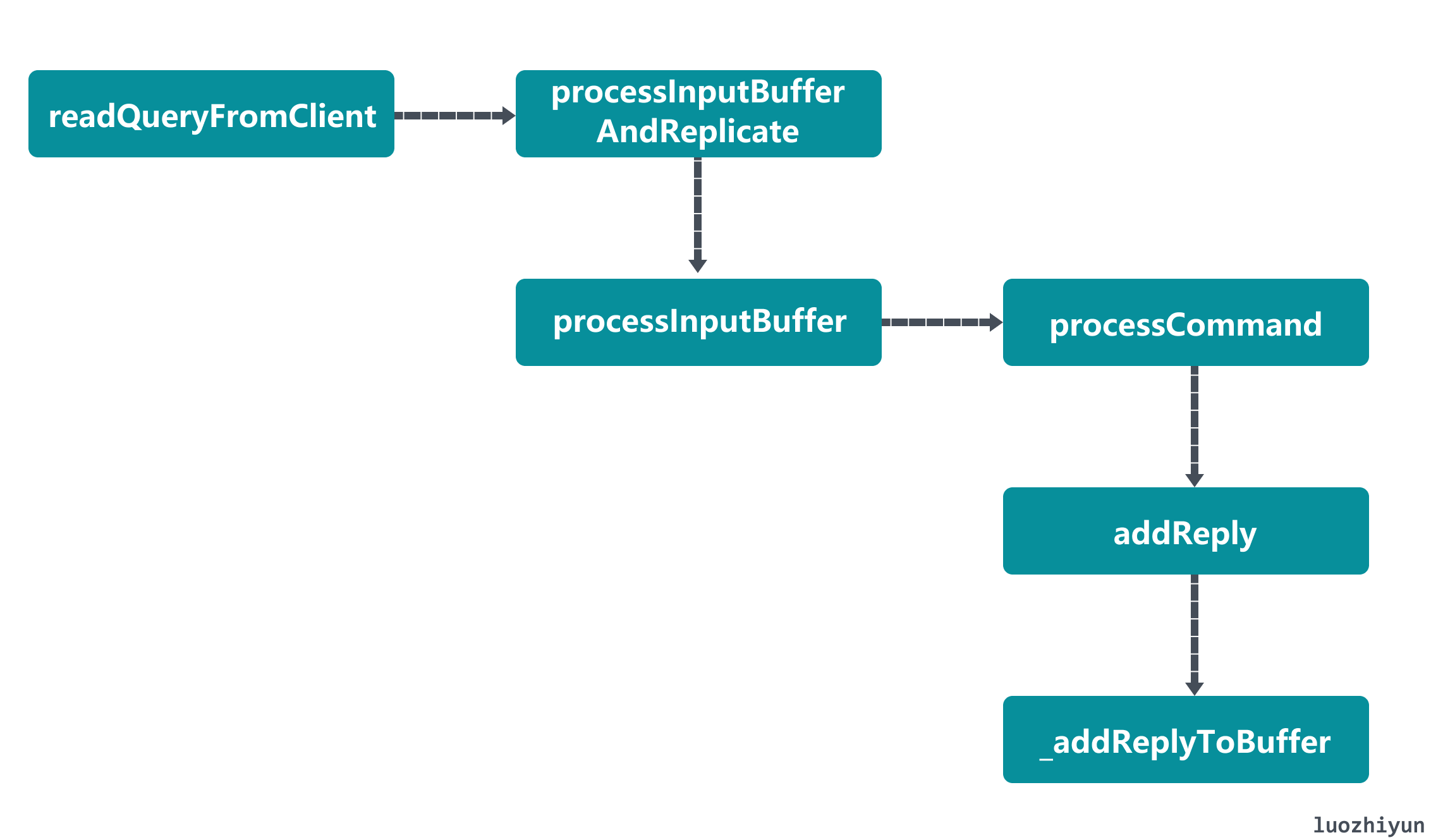 As we mentioned in the previous section, the readQueryFromClient function is called if a network event comes through, and it is where the command is actually executed. We’ll also follow this method all the way down to.

server.commands registers all Redis commands in the populateCommandTable function as a table of command functions based on command names.

For example, to execute the get command, the getCommand function would be called.

Find the data in the getCommand function and call addReply to write the data to be returned to the client’s output buffer.

Writing data back to Client

After the above command is written to the buffer, the data needs to be retrieved from the buffer and returned to the Client, which is actually done in the event loop of the server. 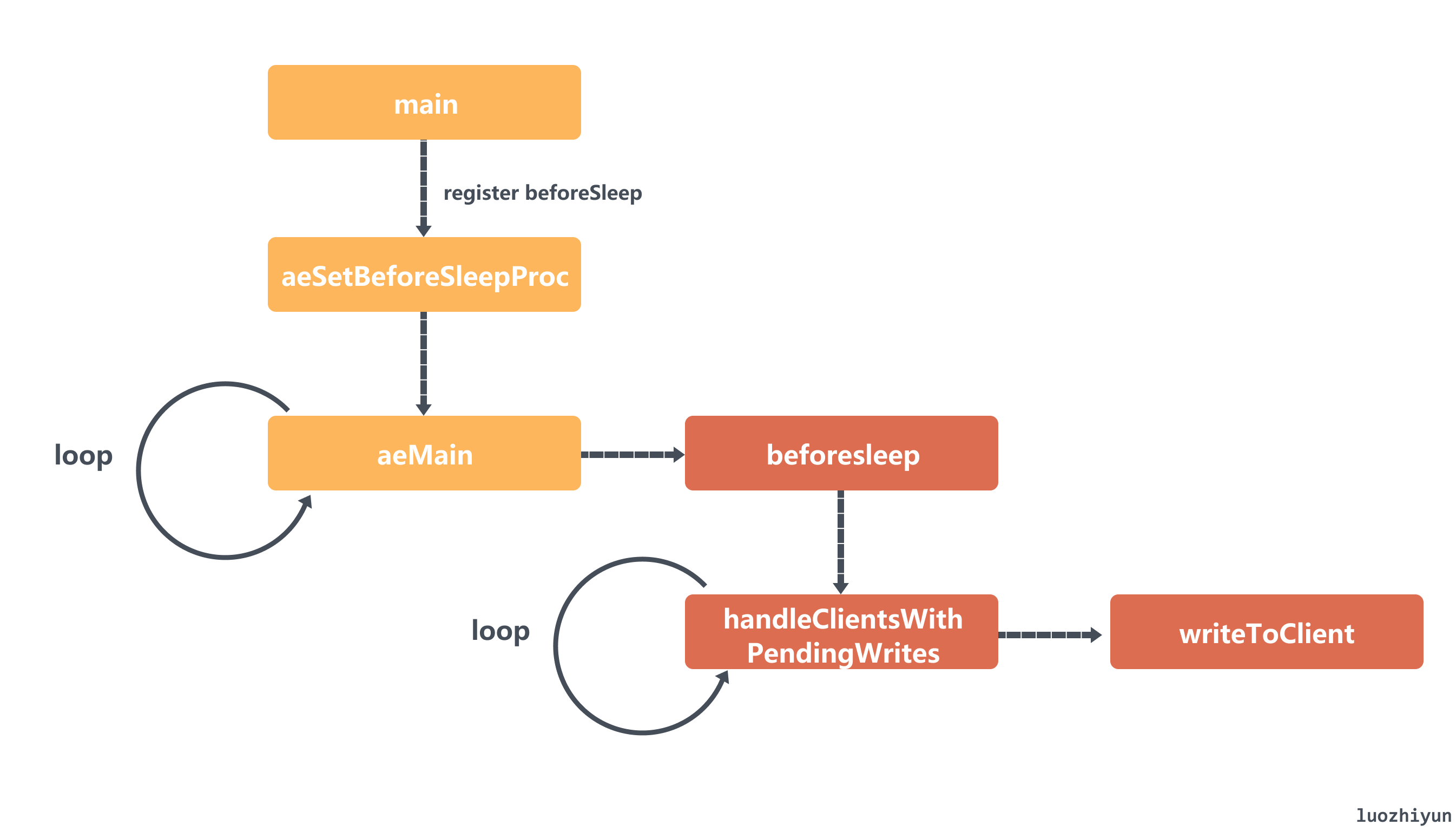 This article describes how the entire Redis request processing model really works. From registering to listen for fd events, to executing commands, to finally writing data back to the client, I’ve done a general analysis. Of course, this article is also a bit different from my previous articles, I didn’t post the code at length, mainly because I don’t think it’s necessary, but you can follow the flowchart to see the code.