The overall architecture diagram is as follows. 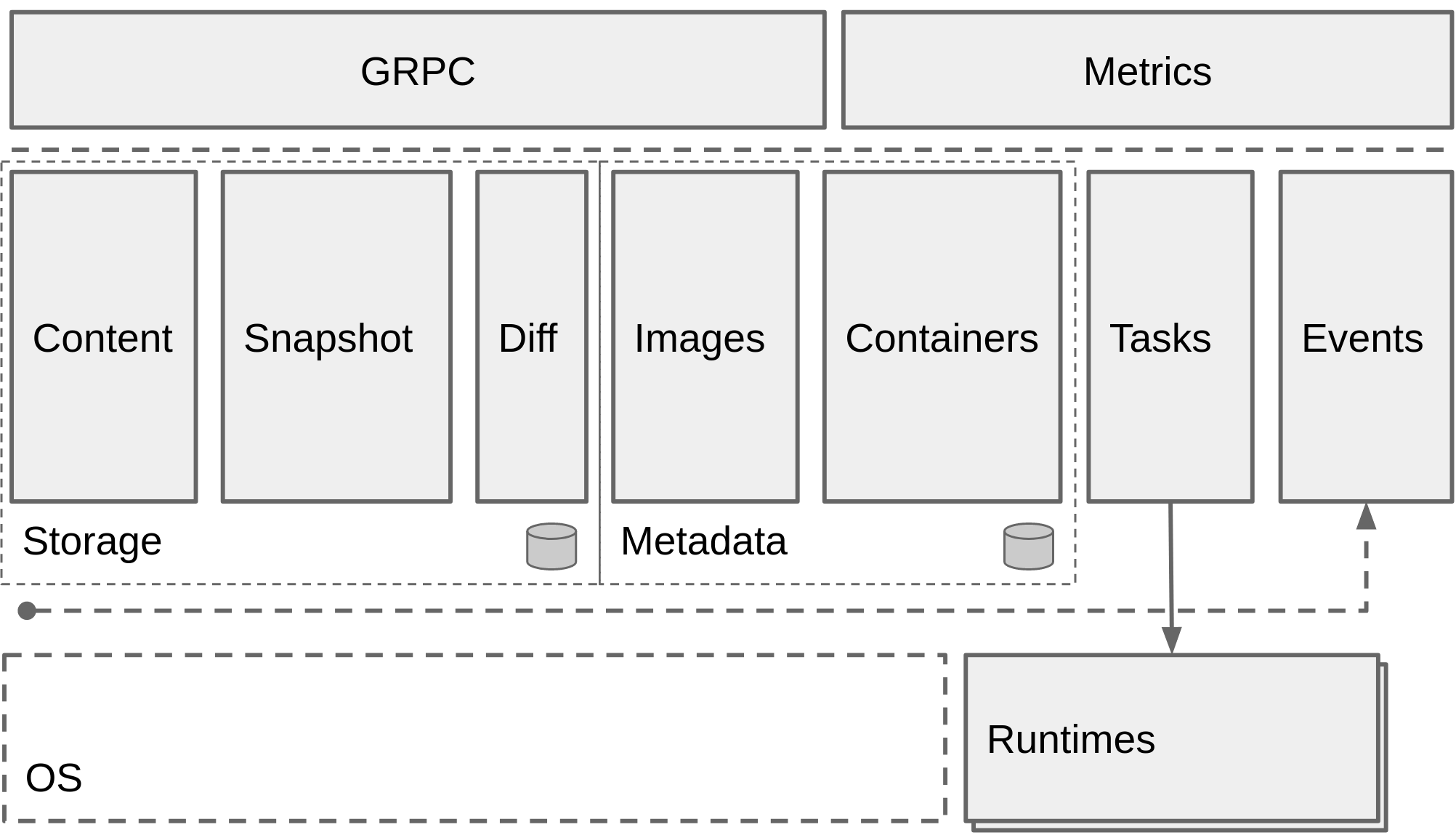 At this point, containerd is ready to provide services to the public. The following is a brief explanation of some of the concepts or modules mentioned above.