Deepin desktop version of the Manjaro community is no longer maintained, want to use deepin desktop also need to install their own, the installation process encountered more problems, recorded. 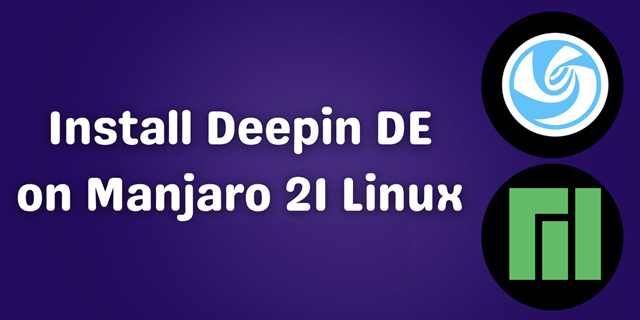 I downloaded the Plasma Desktop version of Manjaro, which is the KDE version, and other versions should be similar. Update your system after the installation is complete.

Xorg is an open source implementation of the X Window System, on which most current window managers or desktop systems are based. deepin needs to use it.

Note that selecting Install All results in the following error.

Deppin uses lightdm, so installation and configuration is required:

After saving and starting the service, you can find that the service does not start properly:

Installing the service, the following error is reported.

That is, currently in the desktop environment is using sddm, so can not run at the same time, the solution is also relatively simple, CTRL + ALT + F2 into the command line environment. Execute the following command.

Once done, reboot and you will be on the deepin desktop.

Install screenfetch and check which window manager is currently in use.

You can see that the current use is Deepin WM, deepin-wm is dde old window manager, upstream is gnome mutter. but mutter is heavier than kwin, so now deepin-kwin is upstream is kwin, kwin is relatively light and fast a little, still in the perfect stage, the initial use will be more laggy.

Deepin WM can also be used, but there will be problems such as desktop wallpaper can not be replaced, so it is still recommended to install deepin-kwin.

Log out or reboot the system, and the desktop environment is now installed.