In e-commerce or finance-related scenarios, data such as product prices involve the representation or calculation of decimals, and there is a risk of precision loss if you use the built-in floating-point types of programming languages. In the application area, the decimal type was created, and the MySQL database has built-in support for the decimal data type, while programming languages generally have standard libraries or third-party libraries that provide implementations of the decimal type. This article quickly shows how to implement a full link to read decimal type data without worrying about losing data accuracy.

At the MySQL level, the values of type decimal are represented in binary, and the general conversion process is as follows.

The decimal stored on MySQL’s underlying storage, after we know that it is binary, we also feel relieved about the accuracy issue of persistent storage, however, brings two more problems:

The answer is simple: plain text.

This can be confirmed by analyzing the packets transmitted by the MySQL connection, and the screenshot shows the decimal data returned by the MySQL server through Wireshark grabbing. 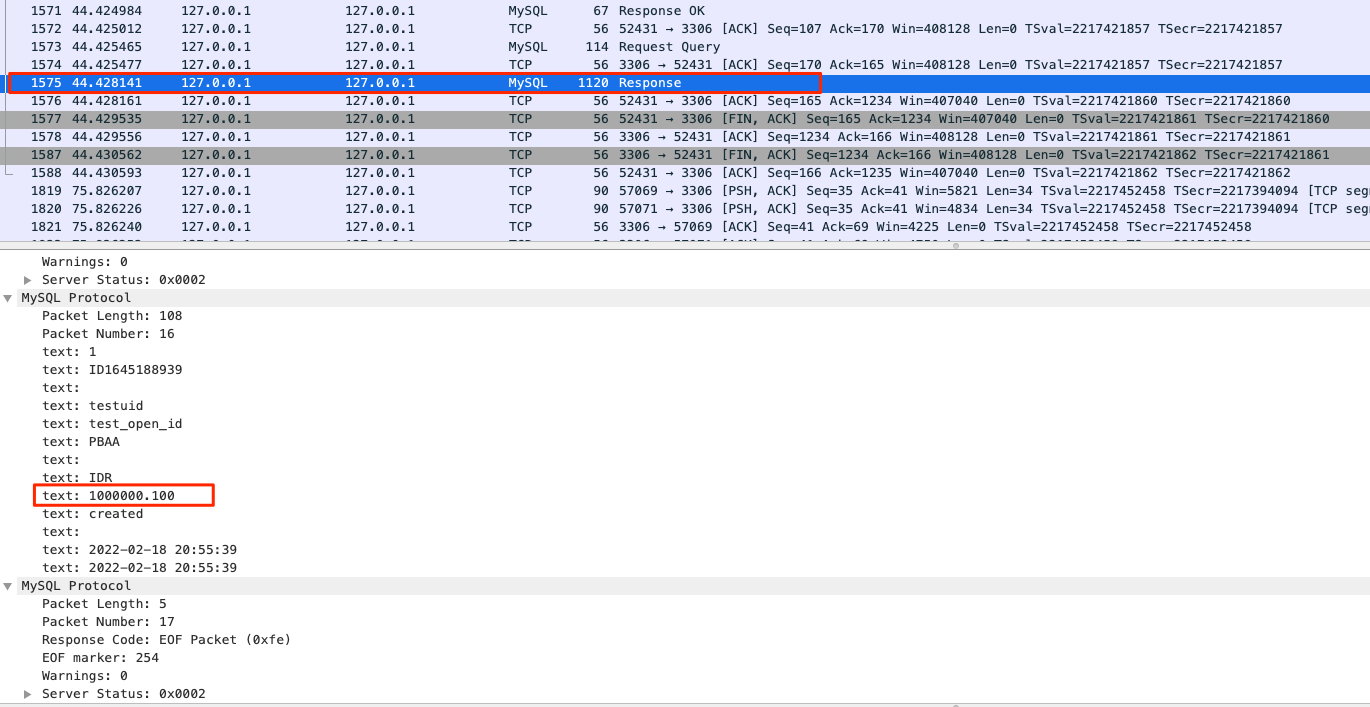 Because plain text is used to transfer the data, you don’t have to worry about the precision of decimals during the transfer.

In my application, I used golang to develop the application, relying on the shopspring/decimal package to handle the decimal type, and it also implements the sql.Scanner interface, which means I can use it directly to deserialize data returned by database queries. For example, in my code.

Without any additional logic, PurchaseAmount is able to deserialize decimal type data exactly.

Nevertheless, I took a look at the implementation of the Scanner interface in the shopspring/decimal package to make sure it was indeed safe.

First, I added two lines of code at the source code to make it easier for me to confirm the type of the underlying data, and to confirm that it is a sequence of bytes before deserialization. 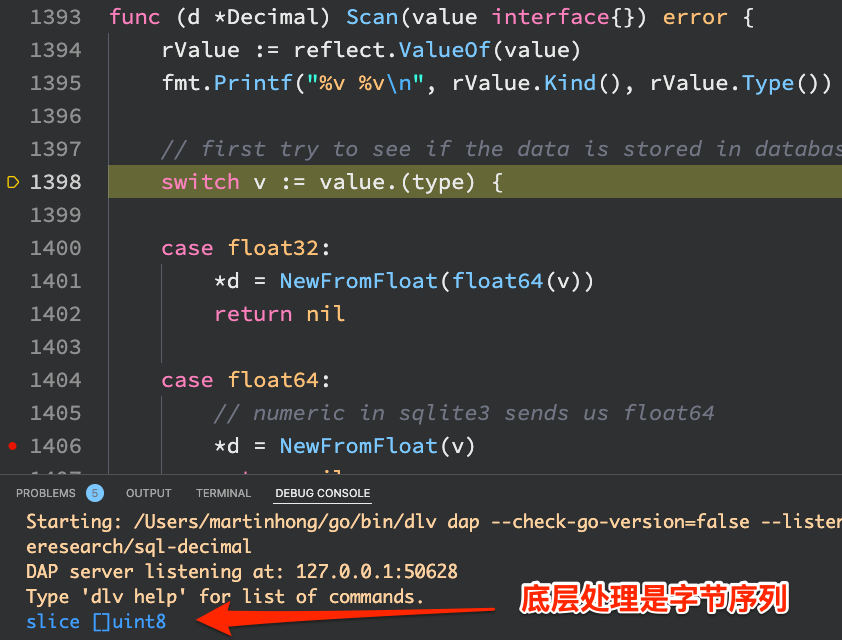 After that, I traced the execution of the code and could see that the decimal package deserializes the data directly as a string.

Considering the risk of integer overflow and loss of floating point precision, I have also standardized on using string types in the protocol specification for external services.