At the Google I/O 2022 conference, Google Cloud released AlloyDB, a cloud-native database compatible with PostgreSQL standard, which claims to be twice as fast as its Amazon counterpart (Aurora?). This slogan should not be enough for old users to migrate, but for new users, it does have some appeal.

In general, AlloyDB is divided into Database layer and Storage layer. Among them, DB layer is used to be compatible with PostgreSQL protocol, parsing SQL statements and converting them into read/write requests to send to storage layer. For the storage layer, it can be subdivided into three layers. That is, AlloyDB further splits its storage layer into two storage layers and one compute layer to disentangle the complexity of.

The storage layer is essentially to provide block read and write services, AlloyDB split out the log storage layer for writing and the block storage layer for reading. Materializing the storage tier based on log services is a classic (or even old) architecture in the field of distributed databases, but how to combine them efficiently is still a test of engineering skills.

Another advantage of log service-based materialization is that the same data can be materialized in different ways to support different workloads, such as materializing data on demand into data formats optimized for TP and AP, i.e., supporting HTAP.

A write request (e.g. SQL insert), initiated by the client to the primary instance, is parsed by the DB layer and sent to the storage layer as a set of WAL Records. After a successful WAL synchronous write, the transaction commit is successfully returned. After that, LPS materializes the logs asynchronously as Blocks. 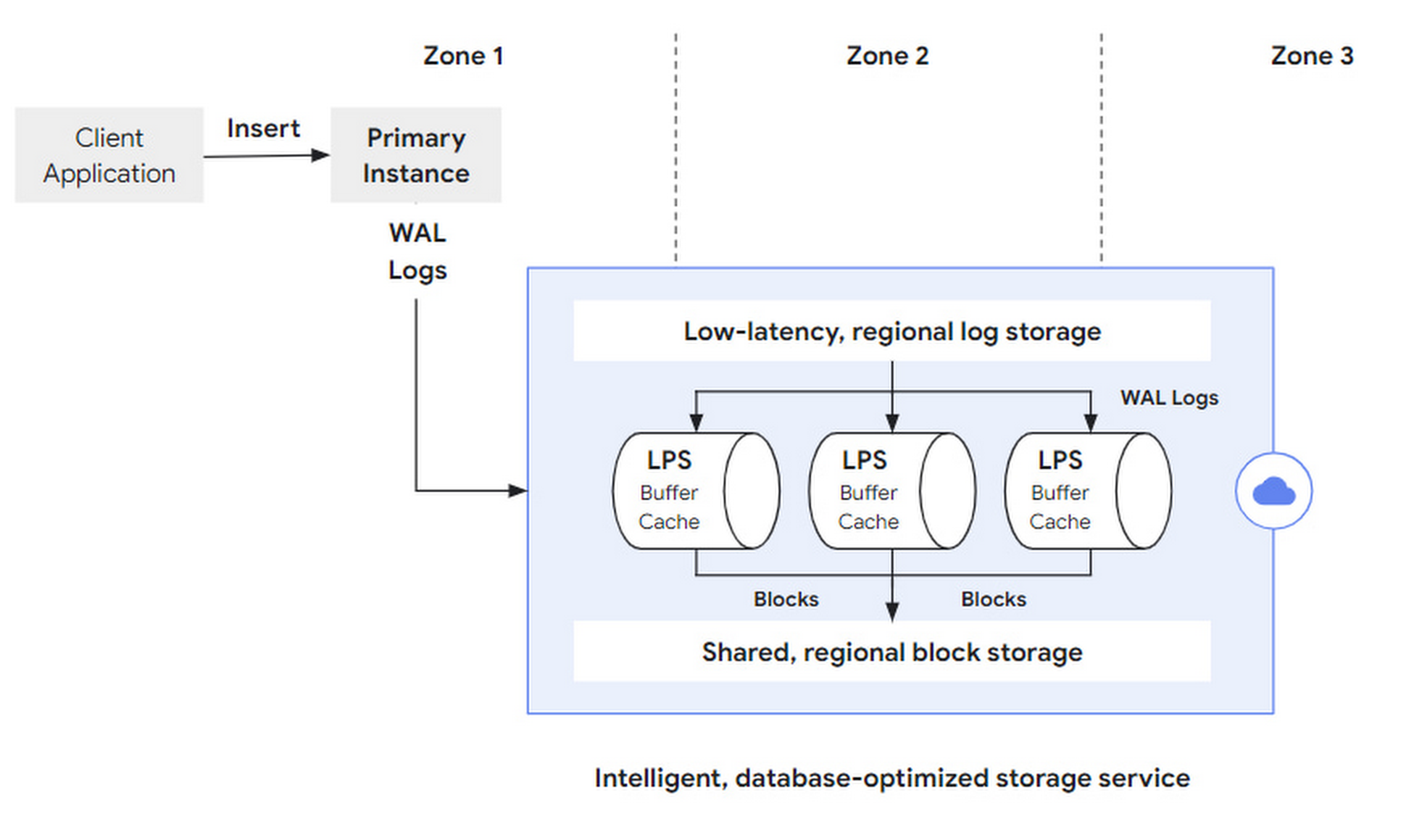 The original article did not expand on this, but how to segment and fault-tolerant the logs, how to deploy them in multiple locations, and how to manage the log lifecycle are also critical design points.

A read request (e.g. SQL query), initiated by the client to any instance, is parsed at the DB layer and returned directly if it hits the cache (Buffer Cache) in that DB layer; if there is not enough data cache for the request, it can go to a larger, second-level cache-like Ultra-fast Cache to retrieve it, and if it hits, it can still can still not access the storage layer.

If the Ultra-fast Cache is still missing the required block, a block read request is sent to the storage layer with block id and LSN. 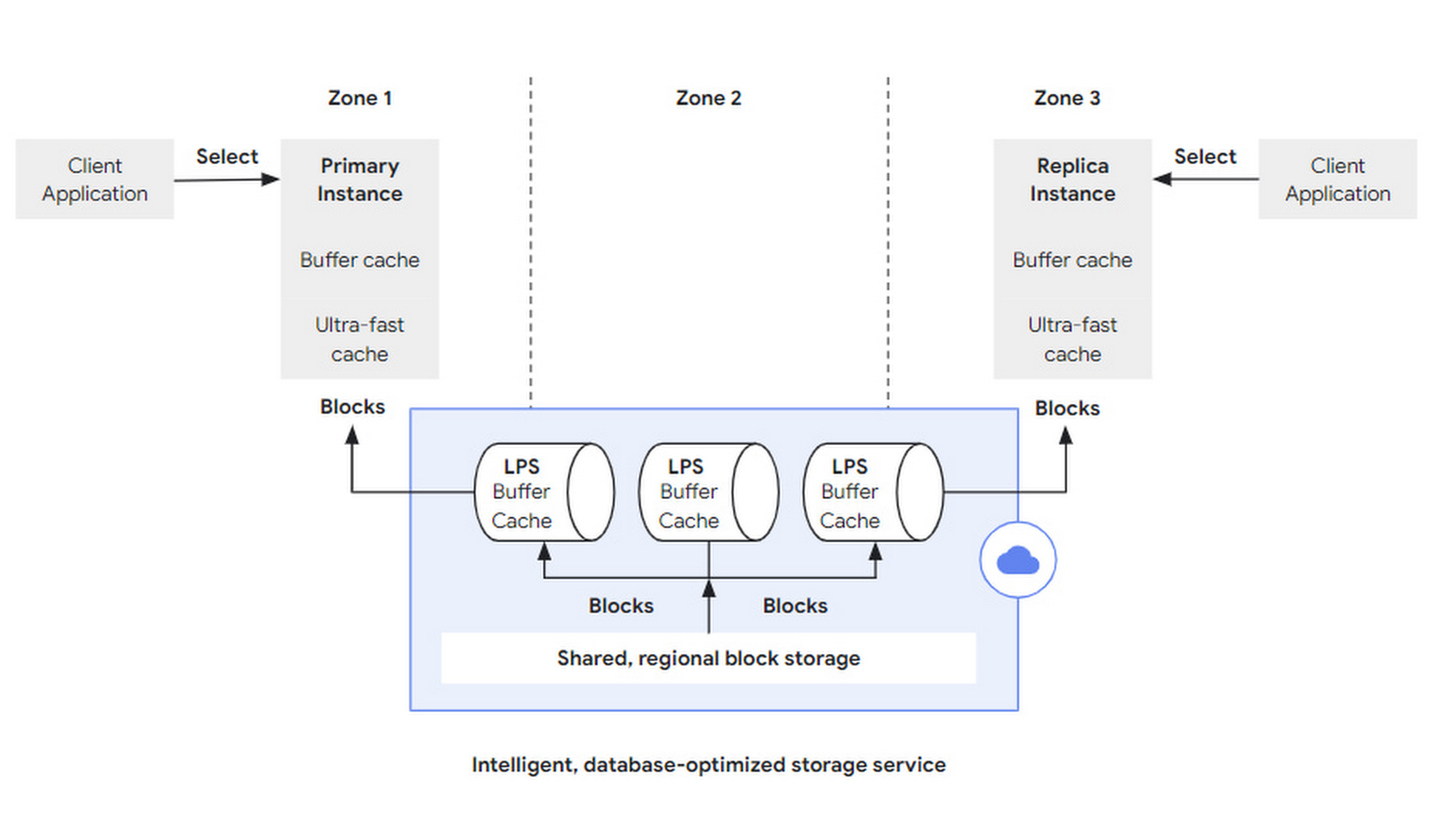 In the storage layer, LPSs are responsible for block reads and writes, and each LPS maintains a Buffer Cache, which is an interesting term.

Of course, LPS needs to maintain a data structure like a dirty table for Buffer Cache to track the life cycle of each block and the expiration time of the next swipe.

To cope with changing loads, the number of LPS instances is designed to be scalable: that is, to adjust the mapping relationship between LPS and block shard. Before further explaining how to scale, let’s sort out the concept of block, shard and LPS instances and the relationship.

A set of blocks is assembled into a shard, and a shard is handled by at most one LPS instance, but an LPS instance can handle multiple shards at the same time.

By analogy with a restaurant, a block can be understood as a guest, a shard as a table, and an LPS instance as a waiter:

This dynamic adjustment can be fully automated without user perception or intervention. And because LPS has no state (Buffer Cache does not count as state, think why), it can quickly scale. 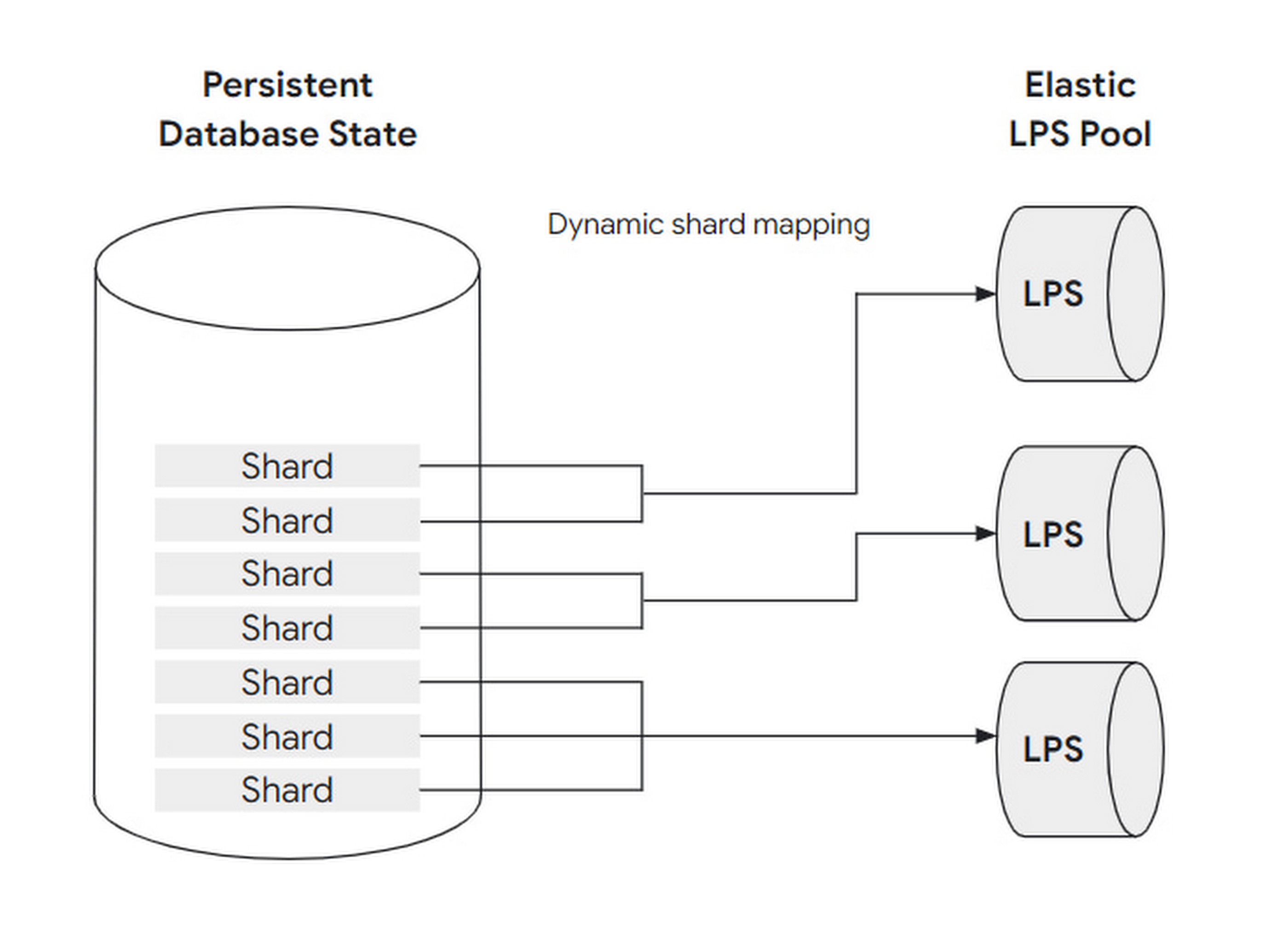 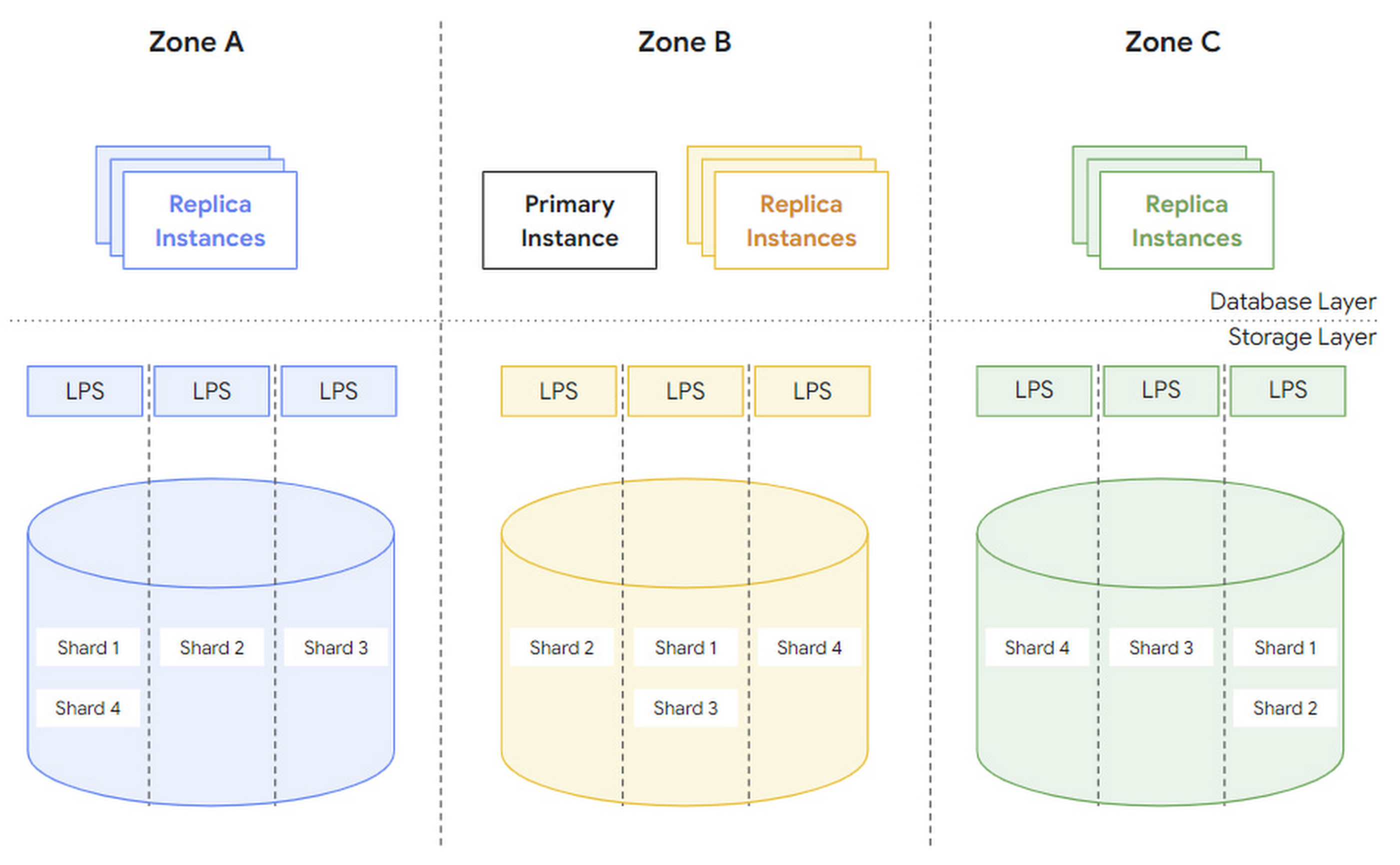 Under normal circumstances, each zone can be served independently, and there is no particular amount of cross-zone traffic.

AlloyDB’s storage layer is implemented based on log service, with two layers of storage log storage, block storage and one layer of compute LFS. based on LSN to control concurrency and dynamically scale LFS to cope with the load.