Kubernetes provides a Pod graceful exit mechanism that allows Pods to complete some cleanup before exiting. But if something goes wrong while performing cleanup, will the Pod exit properly? How long does it take to exit? Can the exit time be specified? Does the system have default parameters? There are several details that we should pay attention to, and this article will start from these details to sort out the behavior of Kubernetes components and their parameters in each case.

When a pod exits, the kubelet executes a pod’s preStop before deleting the container, allowing the pod to execute a script to clear necessary resources, etc. before exiting. However, preStop can also fail or hang, in which case preStop will not prevent the pod from exiting and the kubelet will not repeat the execution, but will wait for a period of time beyond which the container will be deleted to ensure the stability of the entire system.

The whole process is in the function killContainer. What we need to clarify when the pod exits gracefully is that the waiting time of the kubelet is determined by those factors, and how the fields that the user can set and the parameters of the system components work together. 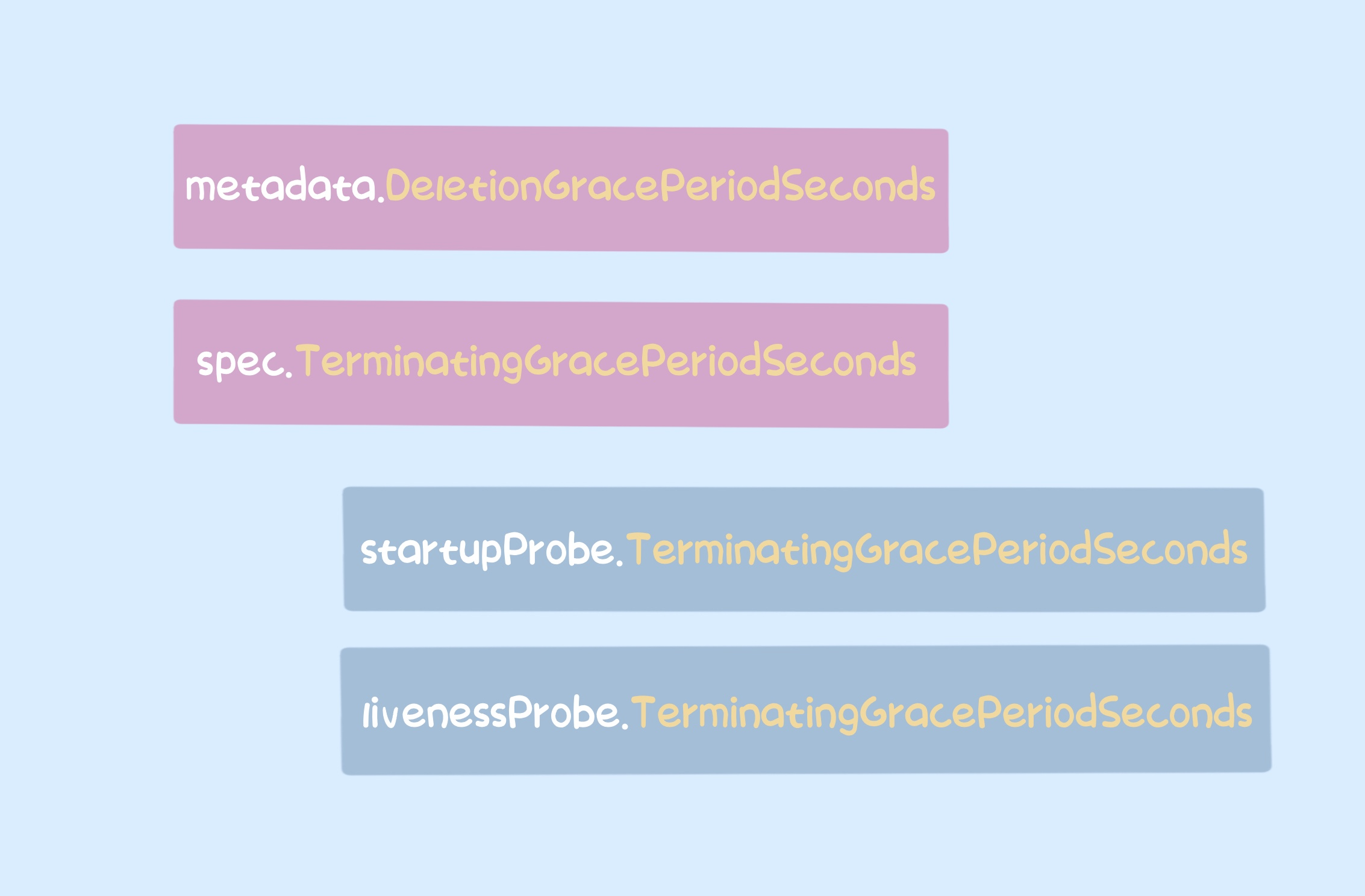 The process of kubelet calculating gracePeriod is as follows

Once the gracePeriod is obtained, the kubelet executes the pod’s preStop and the function executePreStopHook starts a goroutine and calculates its execution time. gracePeriod is subtracted from this time to give the final timeout passed to the runtime for deleting the container. timeout time passed to runtime. So, if we set pod preStop, we need to take into account both the execution time of preStop and the time of container exit, we can set TerminationGracePeriodSeconds to be greater than preStop + the time of container exit.

In the above analysis, before the kubelet calls the runtime interface, it will determine another step gracePeriodOverride and if the value passed in is not null, it will directly override the previous gracePeriod with that value. 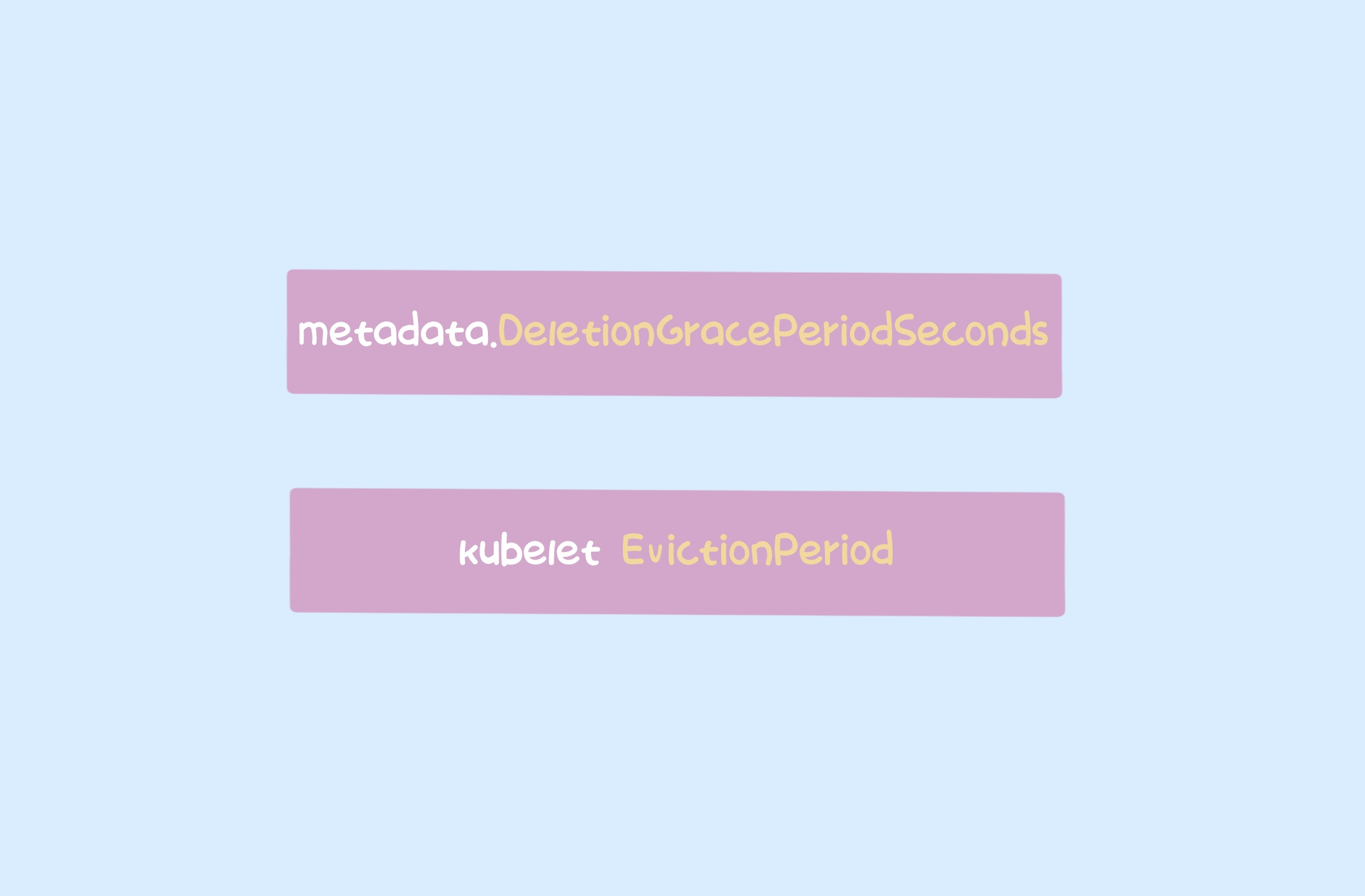 The main process for kubelet to calculate gracePeriodOverride is as follows. 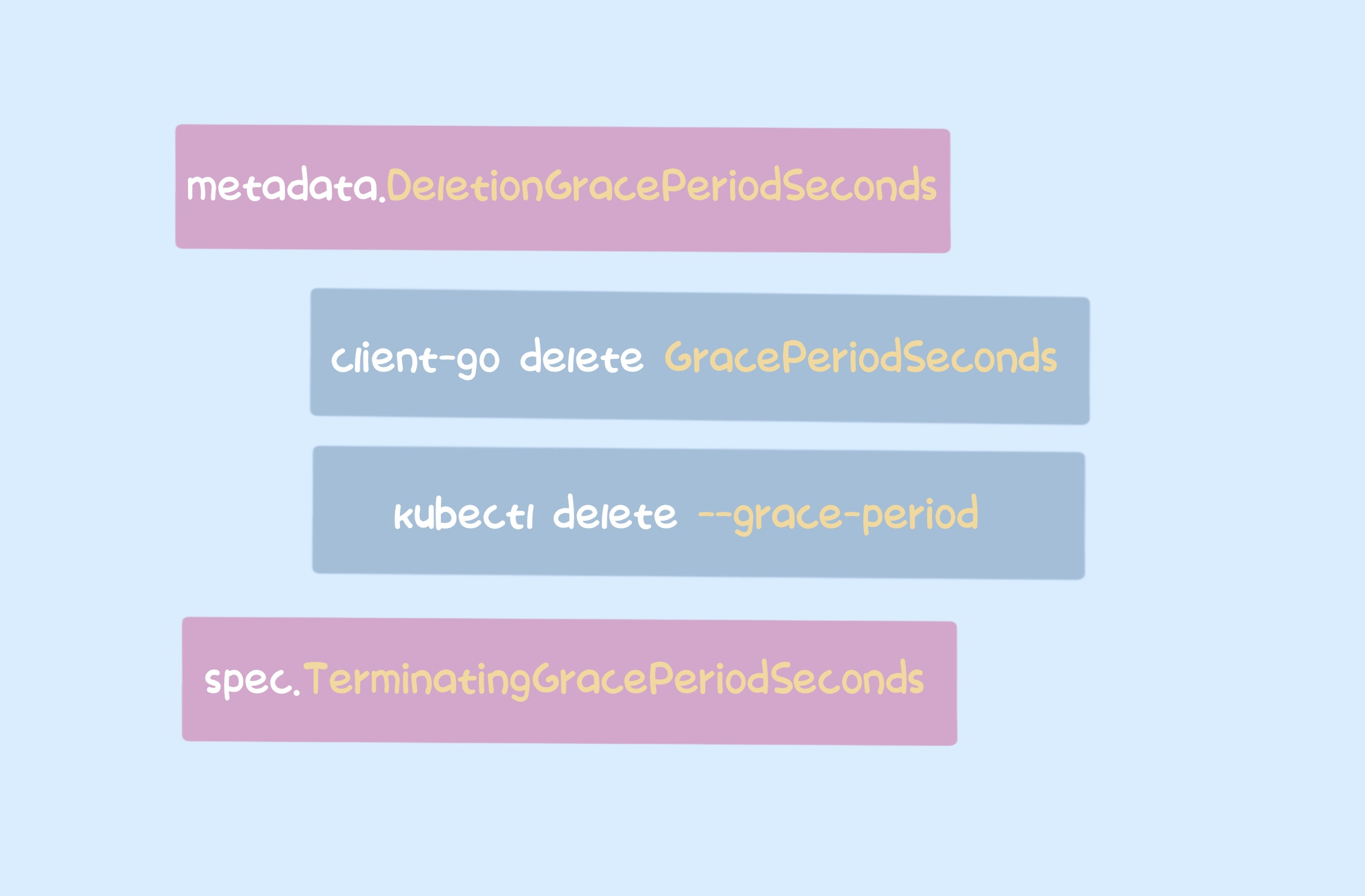 In addition, the pod’s graceful exit time is overridden when the pod is evicted by the kubelet. 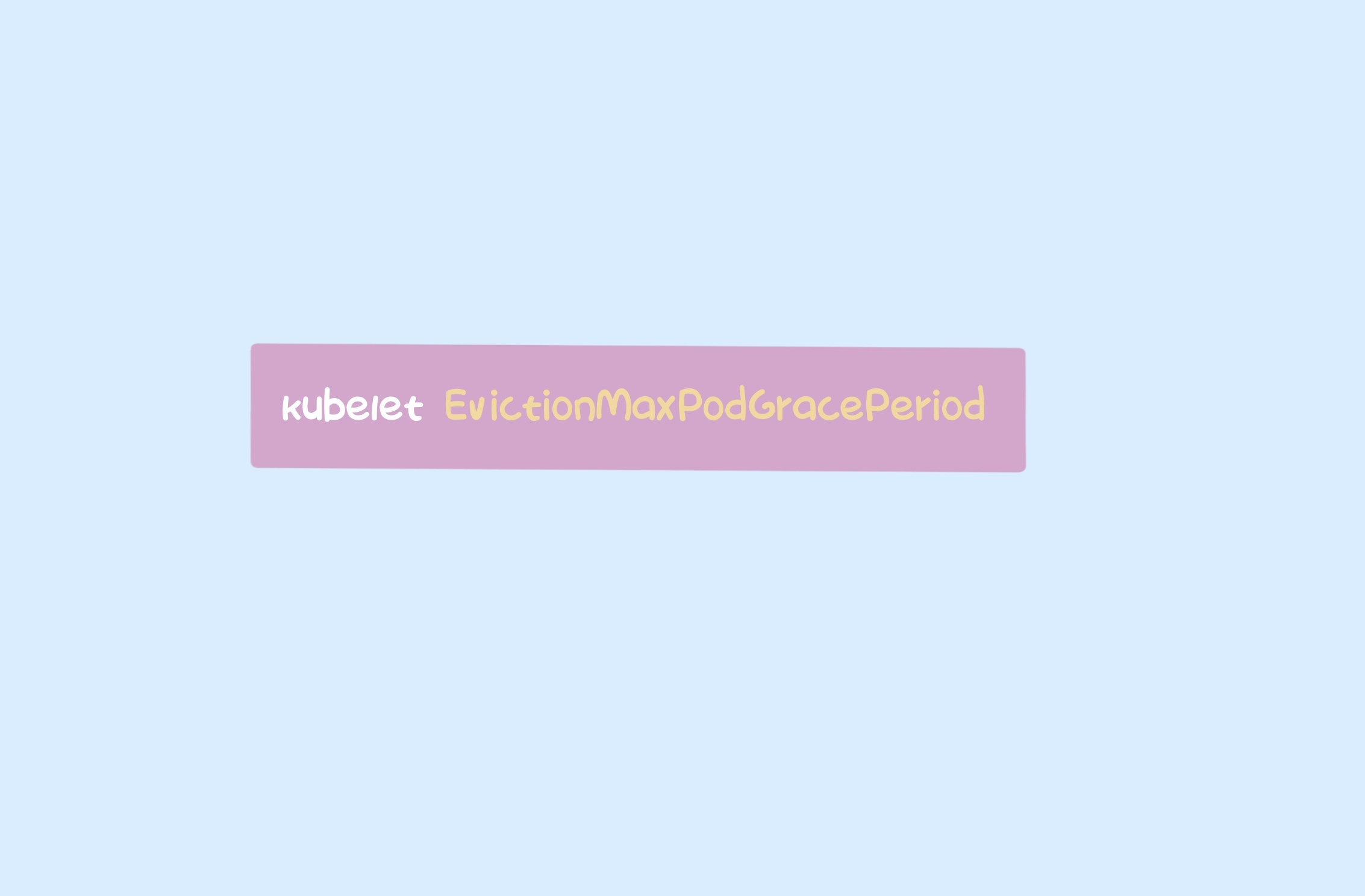 The override value is EvictionMaxPodGracePeriod and is only valid for soft eviction, which is the kubelet’s eviction-related configuration parameter.

The function to evict a pod from a kubelet is injected at startup with the following function.

The killPodNow function is the function called by the kubelet when evicting a pod, gracePeriodOverride is the parameter set during soft eviction, when it is not set, gracePeriod still takes the value of pod. TerminationGracePeriodSeconds. This function then calls podWorkers.UpdatePod, passes in the appropriate parameters, sets a timeout associated with gracePeriod, and waits for it to return.

The graceful exit of a Pod is achieved by preStop. This article provides a brief analysis of what factors affect the exit time of a Pod when it exits normally and when it is evicted, and how each parameter interacts with each other. After understanding these details, we have a more comprehensive knowledge of the Pod exit process.