Linux, there are several tools are related to time, recently work encountered them, so I intend to write a few articles related to Linux time.

Today, I’d like to talk about hwclock, a tool that is probably used by those who play with the Internet of Things, because it is often used to keep the time of hardware devices, but most of the former devices are often networked, that is, they use NTP.

Also, Ubuntu 15.04 onwards uses systemd to manage time, and it comes with the timedatectl tool instead of hwclock, but it’s essentially the same thing, so I won’t go into it here.

When a device is not networked, RTC becomes very important and the system time will rely on the energy of the coin cell battery to maintain. If the device needs to switch on and off frequently, then it will rely more on RTC to keep the device time synchronized.

Its principle is very simple, is to use the coin cell battery to drive the RTC (Real-Time Clock) chip to maintain the time when the device is powered off, so that when the device restarts, it can directly restore the time from the RTC.

First let’s take a look at the help information of hwclock.

Here’s how to use this command to solve two of our common problems.

In order to synchronize the time, it is enough to use two of its parameters.

Actually, this step is done to complete the time synchronization in the offline state. The device is able to reach the point where the device time stays synchronized with the real time in most cases.

But, if the time accuracy of the device is important, then you will need to use its correction function.

The RTC actually relies on a 32.768kHz crystal, which is a quartz crystal, however, quartz crystals are unstable and become error prone especially when the temperature changes, and this error can reach one second or more per day. 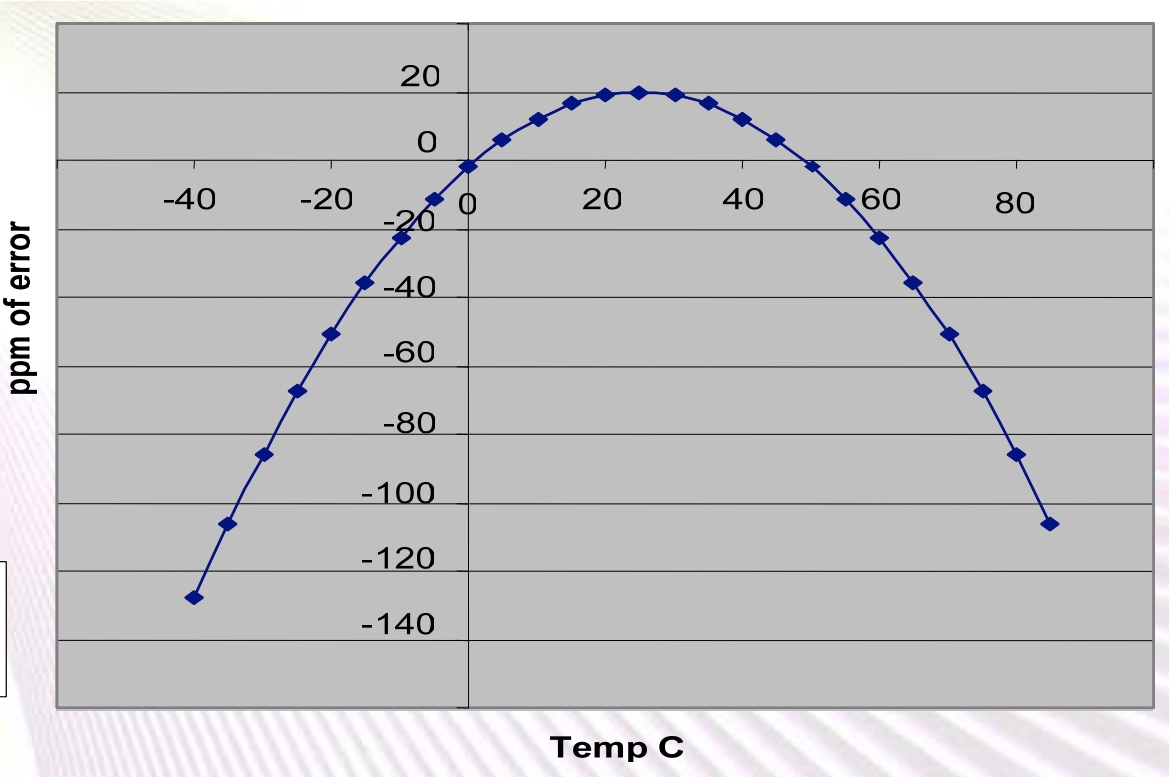 The above graph is from https://www.ti.com/lit/ml/slap107/slap107.pdf, you can see from the graph that the temperature is too low or too high will cause the deviation to increase, and our equipment generally cannot be placed in a constant temperature environment, so it is bound to cause errors every day.

Hardware solutions, Texas Instruments gave a program, you can directly use the temperature sensor to compensate for the accuracy of the RTC, as unfamiliar with this piece of hardware, can not say a lot, just obviously, the hardware cost will increase some.

The software solution would be much plainer, because we can assume that the environment in which this device is located is constant and the deviation of the hardware time from the system time is systematic, to put it simply, it is fixed every other period, and the deviation of the time between them is actually the same. So, we use a software engineering perspective to calibrate at low cost, that is, the calibration function of hwclock.

It will use a file adjfile to record the status of the calibration, but first it is necessary to explain the format of adjfile, which defaults to /etc/adjtime, and its content contains 3 lines of text.

The usage of the calibration is also very simple.

But before you start, first you need to make sure that the Linux kernel does not have automatic synchronization of system time to hardware time activated, otherwise it will be automatically synchronized by NTP’s 11-minute mode. To do this, run adjtimex --print or adjtimex, look at its status value and see if there is UNSYNC, if there is, it is not synchronized, or you need to calculate status & 0x40 yourself, if 1 means not synchronized.