The RFC Editor page indicates that RFC 9114 is currently in PROPOSED STANDARD status and has not yet become a formal standard. 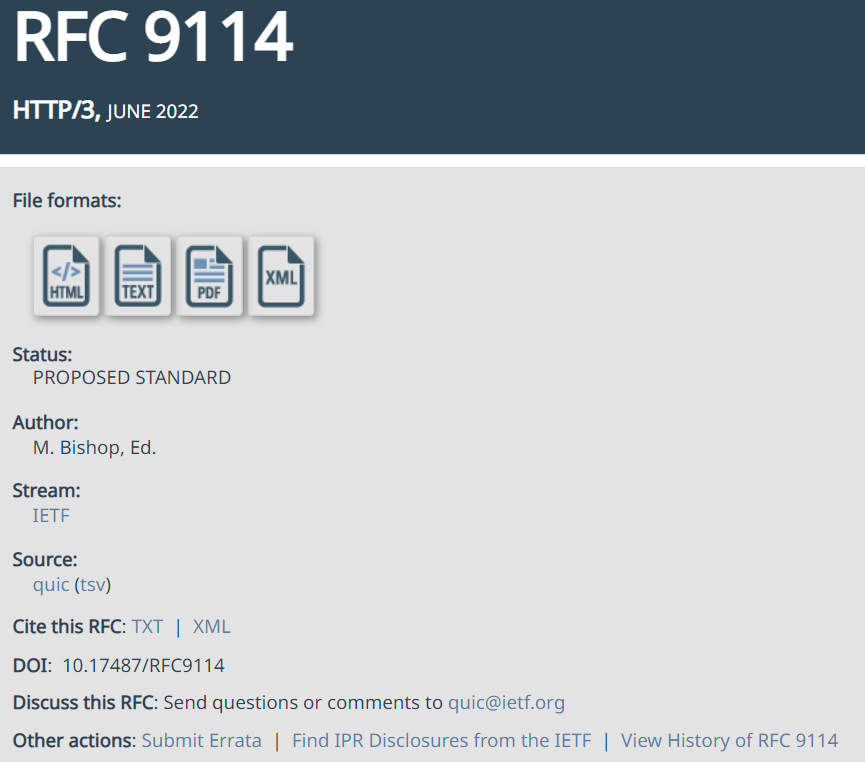 HTTP/3, HTTP-over-QUIC, is a new HTTP protocol that uses QUIC for transport. QUIC (Quick UDP Internet Connections) was originally developed by Google, and when the IETF began standardizing QUIC, it was split into two layers: transport and HTTP. The transport protocol can be used to transport other data, not limited to HTTP or HTTP-like protocols.

In 2018, Mark Nottingham, Chair of the IETF’s HTTP and QUIC Working Groups, made a formal request to rename HTTP-over-QUIC to HTTP/3 to “clearly identify it as another binding of the HTTP semantics… … so that it is understood to be different from QUIC,” and to succeed the QUIC working group to the HTTP working group when a draft is finalized and published. The request was eventually officially approved, and HTTP-over-QUIC was officially referred to as HTTP/3. 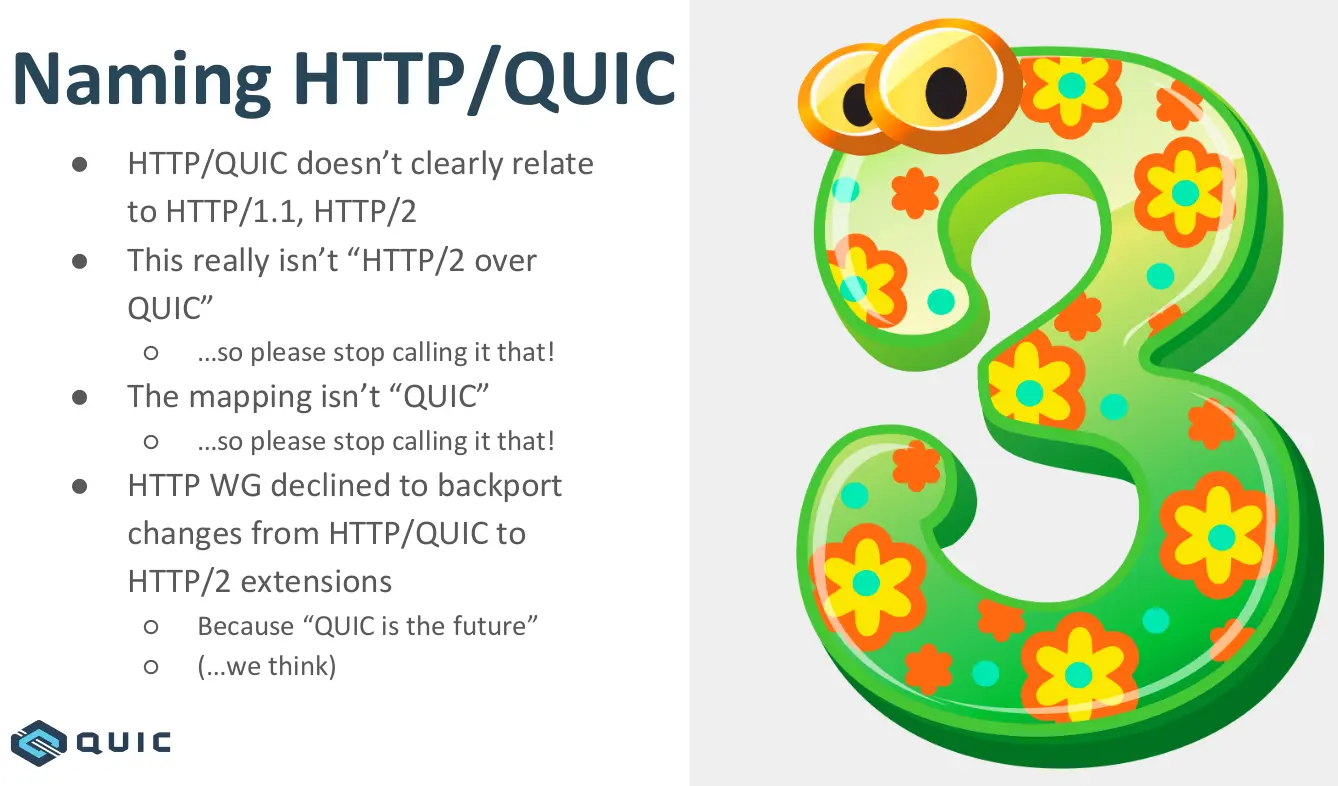 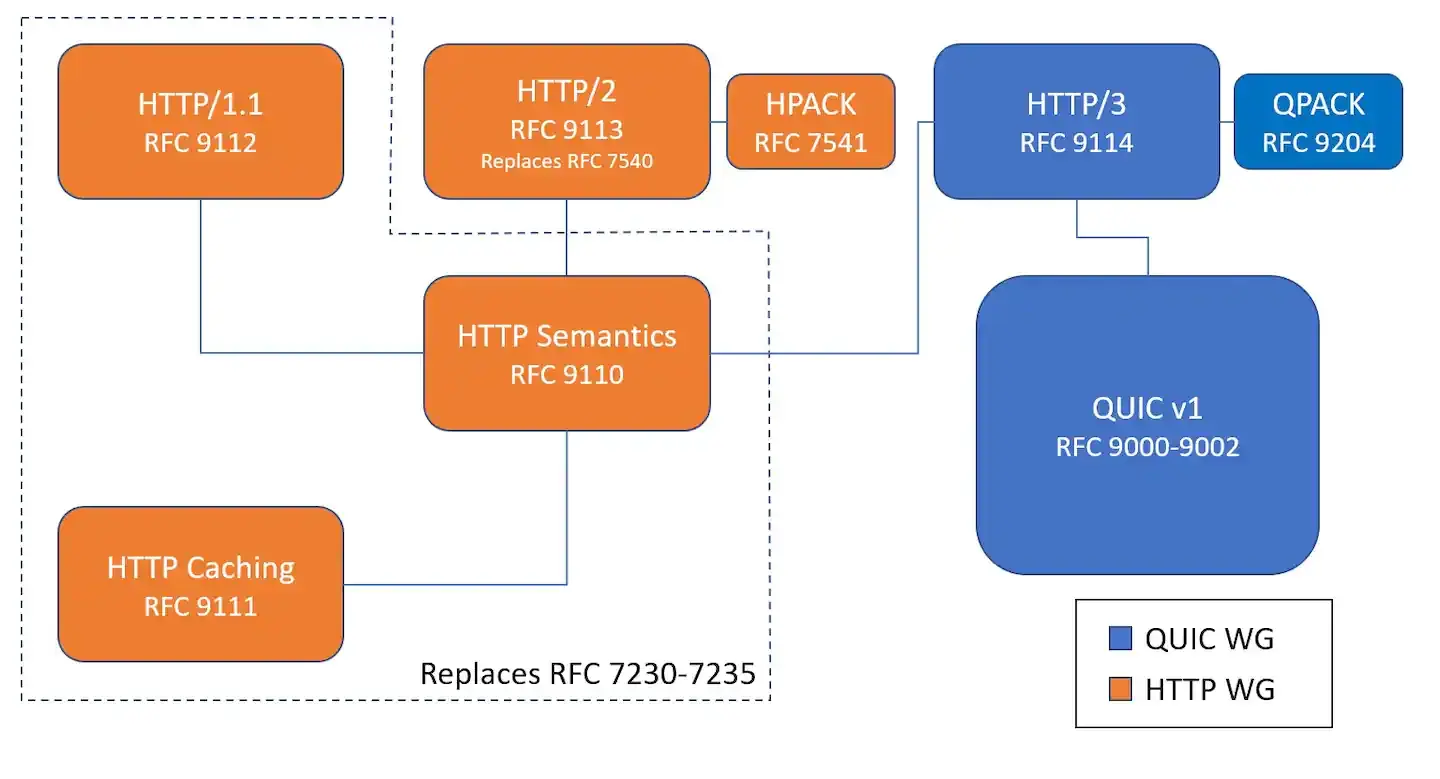 The following diagram shows the relationship between the HTTP protocols and their components as created by the father of curl.