There is an interesting data structure in lisp, Cons, which uses function closures to encapsulate a two-tuple data structure and build any other data structure needed on top of that. Before this, although I knew about closures and such, and had written some higher-order functions, I hadn’t thought about the possibility of using functions to build data structures, and I’ll explain how to do that in ts below.

The basic definition is as follows.

The cons initial implementation is simple and can be implemented in just a few lines of code. As you can see, it simply binds the arguments a and b using closures and returns them when the function is executed.

It can be used in the following way.

To make it look a little more practical, first supplement its type with a generic type.

It doesn’t look like much use. But it will be used below (the simplest binary structure) to combine into more complex data structures such as chains and trees.

In fact, once you have a binary, you can go on to combine any data structure you need, and a Linked list is a simple example of this. Here the car part of cons stores the value of the current node in the Linked list, and cdr stores a pointer to the next node. 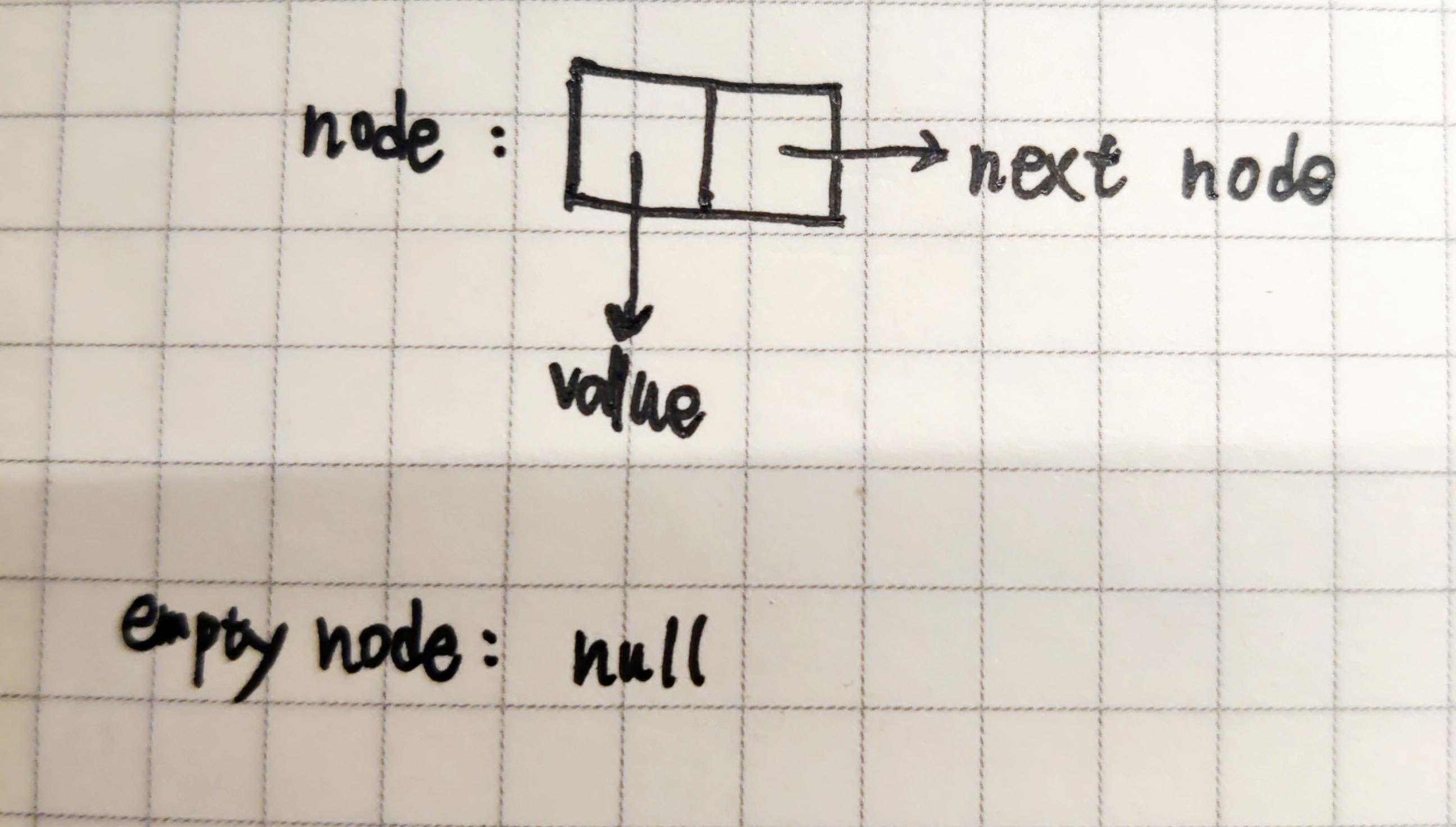 The following is a Linked list that stores 4 elements.

It will be a cons nested call procedure.

You can write map/filter/reduce functions for it.

map/filter is nothing complicated, just recursive processing of each node.

The following is a schematic diagram of processing using map. 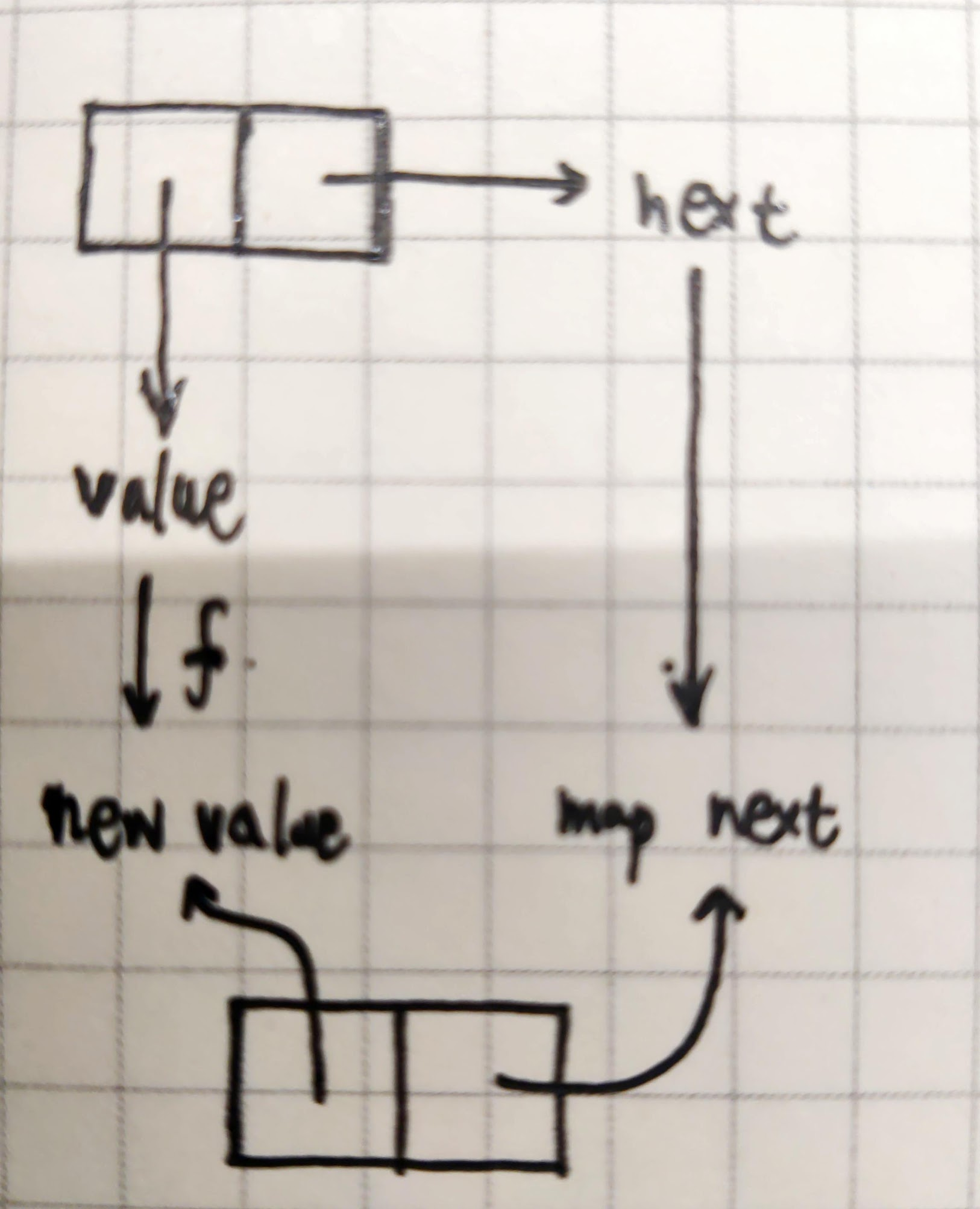 reduce will be a little special in that it is an iterative recursion.

It can be used in the following ways.

If one wishes to base the map/filter implementation of the Linked list here on reduce, this is currently not possible. Note that the above code uses push, which is a modify operation that is more recommended for immutable state in functional programming. So, is there some way to do this without changing the state? I will try to implement it.

Of course, someone might say: Isn’t it inefficient to link two Linked lists each time you iterate over an element? Yes, it is, so there is another, slightly more bizarre, method that can be used.

Admittedly, this approach does not seem to accumulate a stack on each recursion, but it also wraps the res function over and over, eventually calling it all at once by passing a single argument at the end of reduce, which does not solve the fundamental problem, so the following implementation of setCar/setCdr.

To implement set, you actually have to modify the parameters of the closure binding.

This can be verified using the following unit tests.

However, an alternative implementation is proposed in the course, which is implemented entirely using higher-order functions and does not use internal judgments in cons.

A node is composed of a value and possible children, so we define a tree node this way.

lisp is a seemingly simple language, because it seems to be all about expressions, and it doesn’t offer as many ways to construct complex data (like object objects, structs, classes, etc.) as modern languages. But as you can see here, it is possible to construct arbitrarily complex data structures by supporting the simplest complex data, and the building blocks of all complex data are so simple as to be unbelievable.