This is a groundbreaking shell that creates a new shell user interaction experience. Syntax highlighting, auto-completion based on manpage, auto-suggestions are all its firsts!

Easy to understand syntax, this is not POSIX shell compatible, it has its own syntax

Here doc is not supported (of course neither is here string).

The official explanation is because you can substitute other commands, e.g.

printf but the way it is written can also be used in bash, but there are differences in the details from fish.

The odd command fish_config, this opens an http server and configures it on the web page. As a shell, I’ve always found it strange to open a browser to set up a shell.

Many people think that fish is too weird to set variables. In fact, it’s the POSIX shell that’s stranger

Recall that the scope of Shell variables can be divided into three types.

We usually know the variables of normal programming languages.

The operators of declare are +, -: - means enable this property, + means cancel this property. Yes, I wrote it correctly, he is the opposite.

According to the GNU bash documentation: the typeset command is provided for compatibility with the Korn shell. It is the same as the declare command.

The POSIX shell stores strings, integers and arrays are just a special property (the variable property of fish cannot be added or removed). These are the more commonly used ones (see the official manual for the complete list, also large (u upcase) and small (l lowcase) write conversions, etc.)

For operations on arrays.

~ and $HOME are not equivalent, PATH="$PATH:~/go/bin" just doesn’t work. "" only explains the variables, not the ~ expansion. Also ~ must appear at the top of the expression, otherwise it is a normal character. After : it will be treated as a separate expression, so it is normal too. It is recommended to use $HOME whenever possible

NODE_ENV=production node index.js is not available inside fish, so you can switch to a more generic way of writing it, using the env command.

A configuration framework similar to oh-my-zsh, which incidentally comes with a package manager

Of course, fish already works very well by default. It doesn’t need much configuration, but you can still find some better uses from oh-my-fish configuration (like Elvish-like navigation mode).

This is an extremely streamlined fish plugin manager.

So far Elvish has not released version 1.0 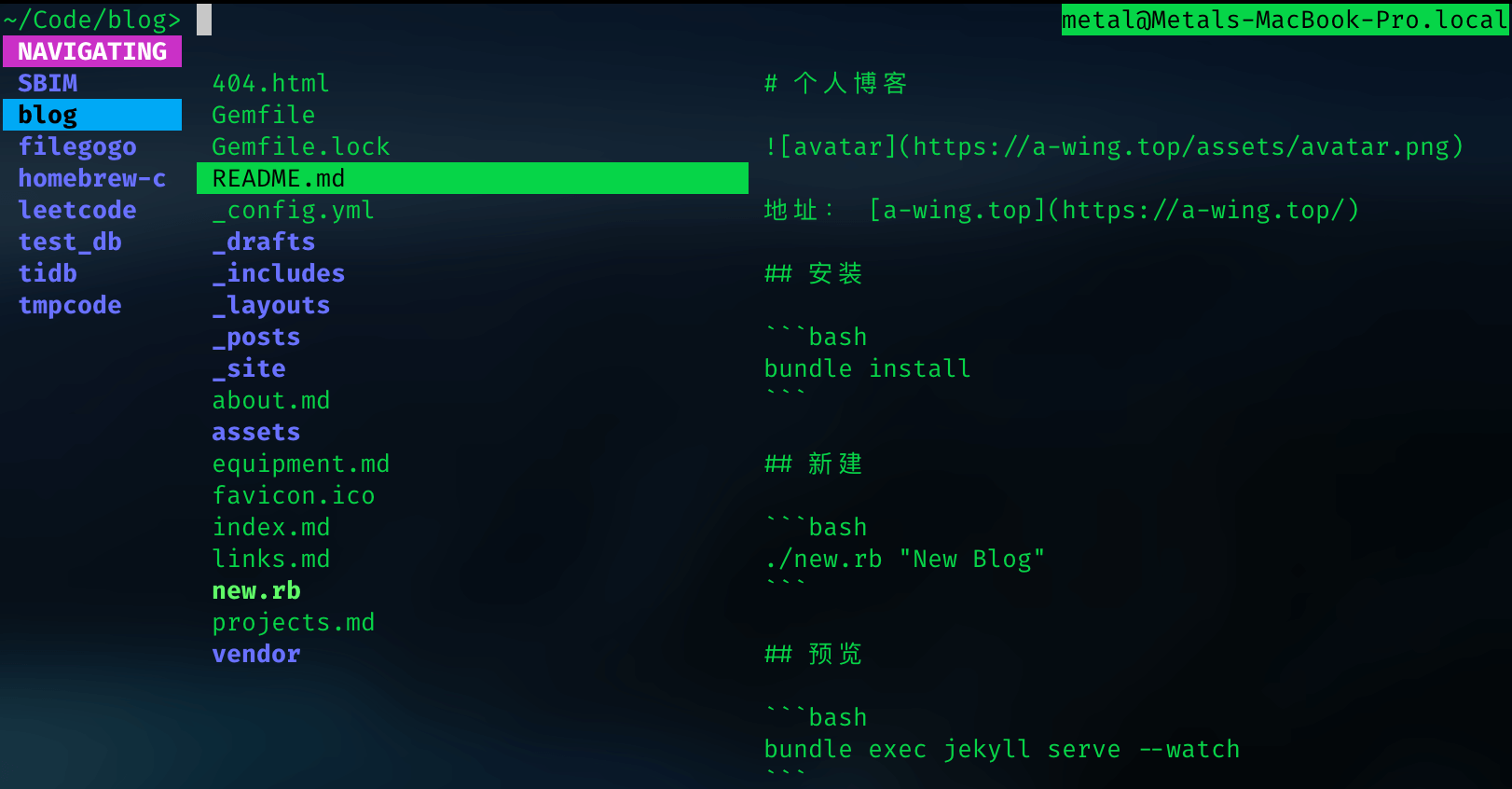 What should the pipeline transmit?

Unix’s pipeline transfers one character after another, with no other structure. A character can convey very little information; to overcome this difficulty, most Unix tools treat a line as a piece of data. For example, sed can perform operations such as substitution for each line, and grep finds all lines containing a given character. This “structure” is not inherent to the pipeline, but rather to the tool’s conventions.

This makes it problematic when the data itself contains newline characters. For example, this code to delete the .bak file in the current directory and its arbitrary level subdirectories (if you don’t understand this code, see here).

If there is a file named a\n.bak in the current directory, then rm will try to delete the file a and the file .bak instead of a\n.bak. This is because xargs cannot distinguish between newlines that separate data and newlines that are internal to the data.

It is common practice to have find separate the output items with \0 and to have xargs also separate the reads with \0.

We’re lucky in the case of filenames, because Unix filenames don’t allow \0. What if the data we want to process also happens to contain \0?

This kind of plain text processing will always be ambiguous, so to solve this situation, we have to transfer a “type” field

I don’t know how to describe it, but I’ll borrow from elvish author’s description: it’s divided into poor pipe and rich pipe

The rich pipe is used for the transfer of all built-in commands, and is compatible with the external command interaction with the poor pipe.

This is the default shell for Redox OS, created by a bunch of crazy people.

The focus is on syntax and execution efficiency, and it’s pretty much the same as the default bash / zsh, which is not POSIX shell compatible.

Ion uses a new syntax for data redirection ^, which I think is probably not a good improvement. Maybe with Redox OS this might be good

There are three standard IO’s.

The ^ description stderr syntax of fish and ion looks much better. But why does the POSIX shell use 1 and 2 to distinguish between stdout and stderr?

On Unix systems, everything is a file, and each process opens three files as input, output, and error by default, with the first three file descriptors being (in a constant order)

Here, it is easy to understand that the standard input and output of a Unix system is essentially the reading and writing of three files, 1> , 2> referring to the file descriptors. So it may not make sense to use ^ to describe errors (this is a convention, not a rule)

Opening a file will assign a unique FD from 3 onwards, or you can specify it manually. (You can see the correspondence between FD and file in /proc/self/fd)

Note here: sh -c "echo 000 >&0; echo -n <&0" Passing data inside the script, stdin is always in interactive input (using cat will block because it cannot read the end of the file)

The pipeline will write stdin data followed by the terminator EOF, which is written as follows

Be aware when using ls to view fd that because of the way ls works, a temporary fd is created

PowerShell is a task automation and configuration management framework from Microsoft that consists of a command line shell and an associated scripting language.

PowerShell doesn’t seem to work well outside of Windows. Maybe it’s because I don’t know how to use it

which has a modern syntax, similar to the operations of a scripting language like python or ruby. Everything is treated as a dotnet object (somewhat similar to ipython, pry). It is possible to understand common data structures

Much like the PowerShell idea, it can also be understood as a data structure, or as a “PowerShell” for Linux.

Look at the default ls, that’s what a modern shell should look like. Of course, this ls is a built-in command, and Nushell has a lot of common commands built in, which gives you a brighter look and feel.

nushell has an extremely rich data structure, just like a modern programming language

With a more logical syntax.

The interactive environment of modern programming languages, such as IPython, Pry, seems to work as a login shell. It’s not a shell in the traditional sense, but it’s often suggested as a login shell, but it’s too slow to start.

Also, as a shell, most of the time it is used to execute external commands, and it is very tiring to type an extra character every time.

Perhaps we could fuse a common shell with REPL. e.g. xonsh fuses python and shell, either written in shell or using python directly.

Similarly, there are fusions of other languages, such as fresh-shell which fuses Node.js.