blkio is a subsystem in cgroup v1. The main reason for using cgroup v1 blkio subsystem is to reduce the problem of mutual interference when processes read and write to the same disk together.

In the blkio cgroup, there are four main parameters to limit disk I/O as follows.

To limit the write throughput of a control group to no more than 10M/s, we can configure the blkio.throttle.write_bps_device parameter as follows.

In Linux, the default way to read and write files is Buffered I/O, where the application writes the file to the PageCache and returns it directly, and then the kernel thread synchronizes the data from memory to disk asynchronously. Direct I/O, on the other hand, does not deal with memory, but writes directly to the storage device.

Flow of writing files in Linux 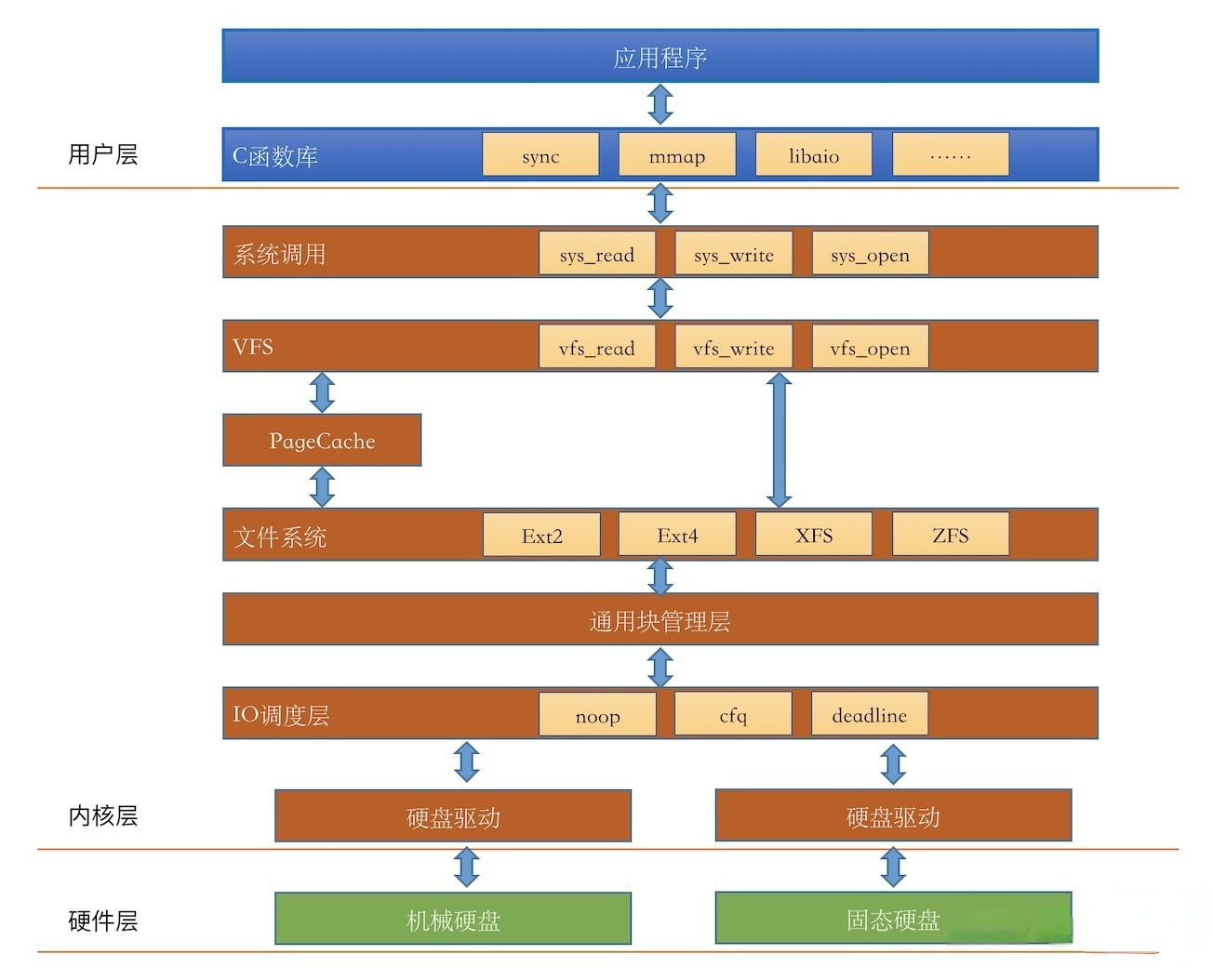 The above diagram is a flowchart of Linux file writing, which contains three main parts, user layer, kernel layer, and hardware layer. Linux writes files to disk after going through several processes such as system calls, VFS, PageCache, file system, general block management layer, and IO scheduling layer. The blkio cgroup works in the general block management layer; Buffered I/O writes to the PageCache first and then goes to the next process to write data to disk, while Direct I/O bypasses the PageCache and goes directly to the next process.

Linux applications write to files as Buffered I/O by default. In this case, it does not need to go through the common block management layer, but only writes to the PageCache, so it cannot be speed limited. However, the data in the PageCache is always written to disk through the common block management, which in principle has an impact, but it may not be the same for the application, which is also related to the mechanism of writing to disk in the PageCache.

Under normal I/O conditions, the application is likely to write the data very quickly (if the amount of data is less than the cache space) and then go off to do other things. At this point, the application does not feel that it is being limited, and as the kernel synchronizes data from the PageCache to disk, all PageCache writes can only be limited in the root group of the cgroup because there is no specific cgroup association information in the PageCache, but not in other cgroups, and the root The root cgroup is generally unrestricted as well. In the case of Direct IO, since the data written by the application does not go through the cache layer, it can directly feel that the speed is limited and must wait until the whole data is written or read at the limited speed before it can be returned. This is the environmental limitation that the current cgroup’s blkio limit can work.

Why cgroup v1 does not support non-buffer IO limitation

cgroup v1 usually has one subsystem per tier, and the subsystems need to be mounted for use, and each subsystem is independent of each other, so it is hard to work together. For example, memory cgroup and blkio cgroup can control the resource usage of a process separately, but blkio cgroup can’t sense the resource usage of the process in memory cgroup when restricting the process resources, so the restriction of Buffered I/O has not been implemented.

The cgroup v1 structure is shown below. 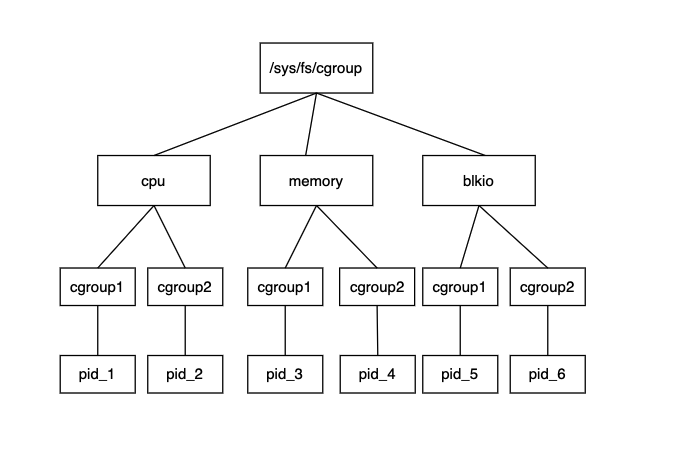 The structure of cgroup v2 is shown as follows. 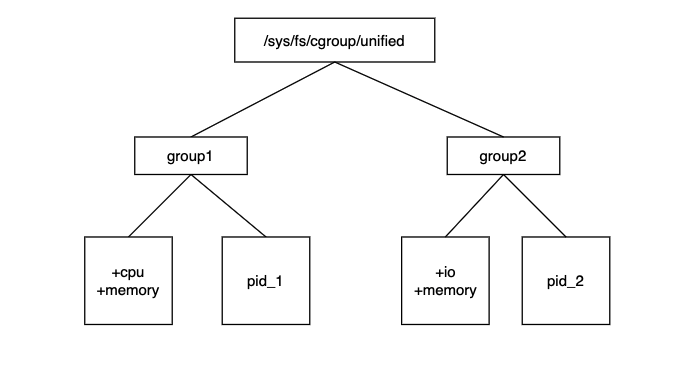