According to Ghacks, users will see a “Your browser is not supported” message when opening Apple’s business website business.apple.com in the Mozilla Firefox browser. The message is displayed on all the latest versions of Firefox, including Firefox Stable, Firefox ESR and Firefox Nightly.

As you can see from the image, business.apple does block Firefox and recommends that users use Safari, Microsoft Edge or Chrome (most Choromium-based browsers can be viewed normally after testing). Apple Business Chinese site does mention Firefox, but I can’t open the site even with the latest Firefox 102.0.1. 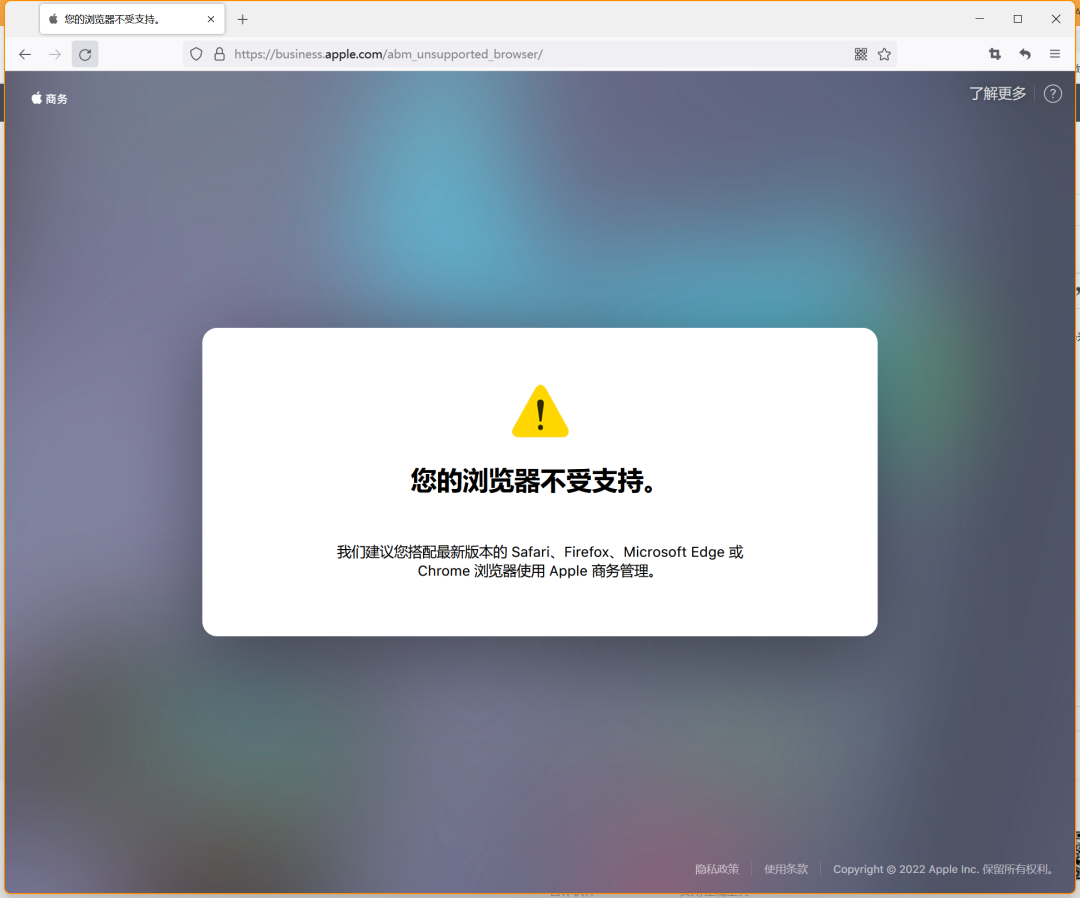 Apple hasn’t disclosed why it doesn’t support Firefox, and some people have speculated that maybe it’s a technical limitation that makes Apple’s commercial sites incompatible with Firefox, but there’s no basis for that argument, because Firefox and Chrome have been on the same page for years in setting Web standards. Chrome-supported websites can be browsed normally with Firefox, let alone a mega-company like Apple.

Also, business.apple can actually be accessed normally with Firefox, it just blocks Firefox’s UA. Users can change Firefox’s user agent (user agent - a user agent, usually used as an identifier to mark the browser’s name, version, and other system information.) to Chrome (for Chrome, type chrome://version/ in the address bar to see the UA). Use a false user agent identifier to bypass Apple’s blocking. This is done as follows. 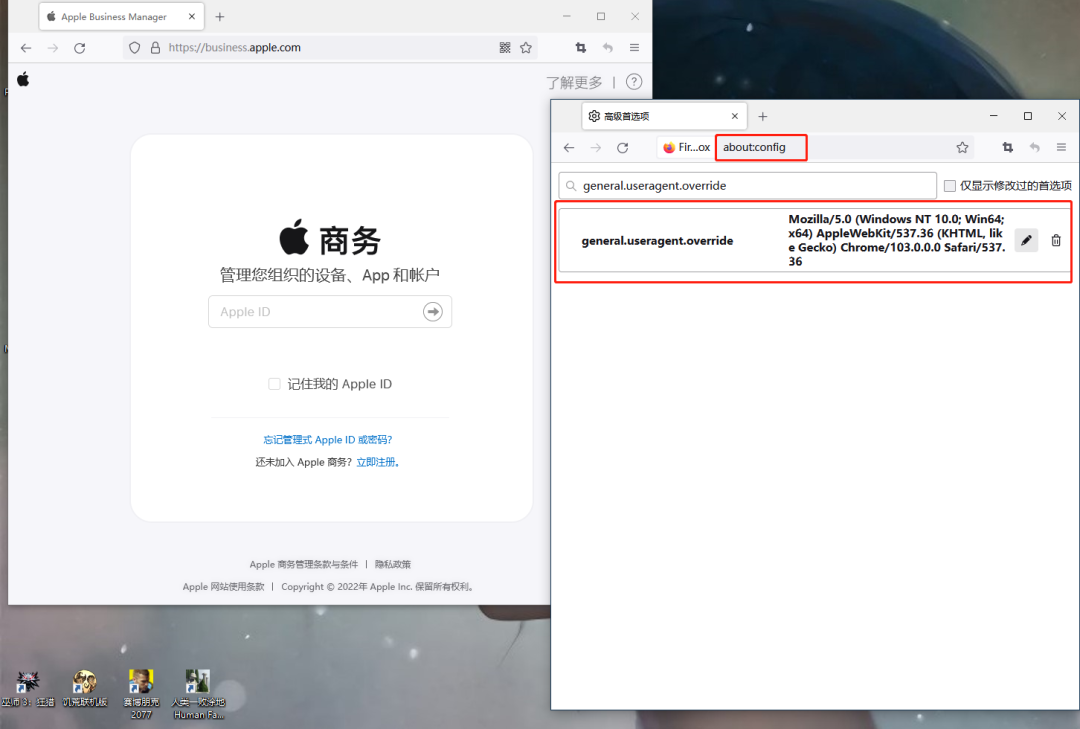 This method is not only applicable to the business.apple website, but browsers blocked by any website can be modified to spoof the server by modifying the UA.

In addition, a UA switcher and manager extension already exists in the Firefox extension store, which is designed to modify the UA in order to obfuscate the browser and system information collected by the site.