Go programs allocate memory for variables in two places, one is the global heap and the other is the function call stack. The Go language has a garbage collection mechanism, and it is up to the compiler to decide whether a variable is allocated on the heap or stack in Go, so developers don’t need to pay much attention to whether a variable is allocated on the stack or heap. However, if you want to write high quality code, it is necessary to understand the implementation behind the language. The mechanism of allocating variables on the stack and on the heap is completely different, and the performance difference between the allocation and recycling process of variables is very big.

Difference between heap and stack

The memory that is dynamically allocated when the program is running is located in the heap, which is managed by the memory allocator, and the size of this area changes as the program runs. That is, when we request memory from the heap but the allocator finds that there is not enough memory in the heap, it requests the operating system kernel to expand the size of the heap in the direction of higher addresses. When we release the memory and return it to the heap, if the allocator finds that there is too much free memory left, it requests the OS to shrink the heap size to the lower address. As we can see from the memory request and release process, the memory allocated from the heap must be returned to the heap after it is used up, otherwise the memory allocator may repeatedly request the operating system to expand the heap size, resulting in more and more heap memory being used and eventually running out of memory, which is called a memory leak. It is worth mentioning that traditional c/c++ code needs to handle the allocation and release of memory manually, while in Go, there is a garbage collector to collect the memory on the heap, so the programmer only needs to apply for memory, not to care about the release of memory, which greatly reduces the mental burden of the programmer, which not only improves the productivity of the programmer, but more importantly, also reduces the generation of many bugs.

The function call stack, referred to as the stack, plays a very important role in the running of a program, whether it is the execution of a function or a function call, and it is mainly used to. 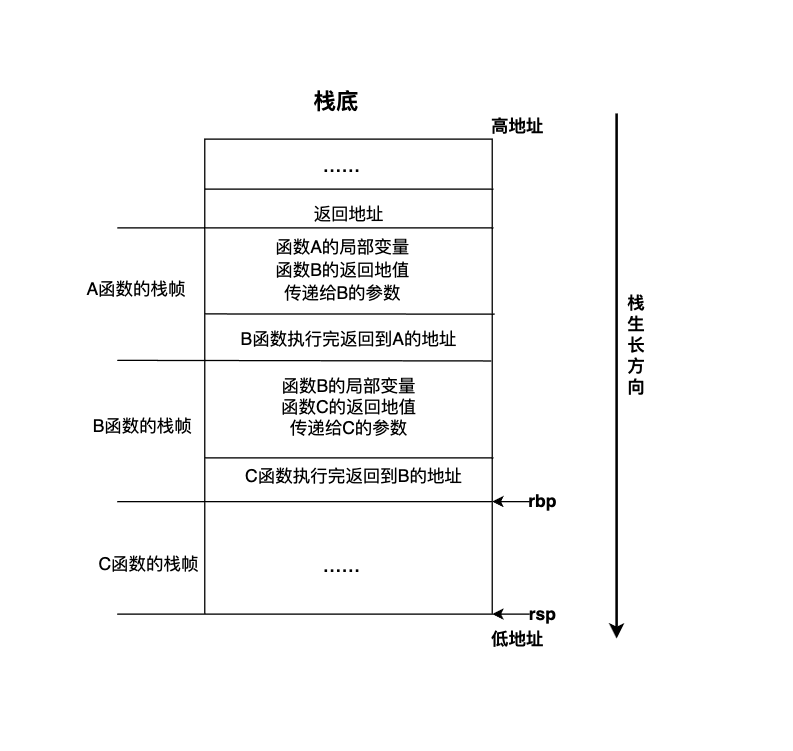 So how does the compiler decide whether to allocate variables on the heap or the stack in Go?

As mentioned above, it is up to the compiler to decide whether to allocate variables on the heap or the stack in Go, and the way the compiler decides where to allocate memory is called escape analysis.

When a local variable is declared within a function in Go, the compiler will allocate memory on the stack when it finds that the scope of the variable does not escape from the function, otherwise it will be allocated on the heap. Escape analysis is done by the compiler and acts at the compilation stage.

There are two ways to determine whether a variable allocates memory on the heap or on the stack:

The variables in the following code examples are analyzed for escapes by both of the above.

1. Verify that variable memory allocation is not escaping through assembly**

The above is just the compiled assembly code of the example function. You can see that the runtime.newobject function is called in line 8 of the program.

You can use go tool compile --help to see the meaning of several options.

The official Go faq documentation stack_or_heap also describes how to know whether a variable is allocated on the heap or on a sticky, and the documentation is relatively simple.

Some cases of intra-function variables allocated on the heap

Code example, consistent with the example in the previous section.

The above article introduced the way of memory allocation for variables in Go. From the above article, we know that when a variable is defined in a function and returned with a value, the variable will be allocated on the stack and the function will copy the whole object when it returns.

In my local tests, structures with 200000 int types return values faster, and pointers are faster when they are less than 200000. If you have higher performance requirements for your code, you will need to benchmark it on a real platform to reach a conclusion.

Some other experience in using