1. Flow of Golang code being run up by the OS

After the go source code has been generated as an executable through the above steps, the binary file will go through the following stages when loaded and run by the operating system.

Here a simple go program is debugged in a single step to analyze its startup process.

Compile the program and use gdb to debug it. When debugging with gdb, first set a breakpoint at the program entry point, and then perform single-step debugging to see the code execution flow during the program startup.

By single-step debugging, you can see that the program entry function is at line 8 of the runtime/rt0_linux_amd64.s file, which eventually executes the CALL runtime-mstart(SB) instruction and outputs “hello world” and then the program exits. .

The function calls in the startup process flow are shown below.

The previous section has seen through gdb debugging golang program in the startup process will execute a series of assembly instructions, this section will specifically analyze the meaning of each instruction in the process of starting the program, to understand these to understand the golang program in the startup process of the operations performed.

The first execution is line 8, JMP _rt0_amd64, which runs under the amd64 platform, and the _rt0_amd64 function is located in the file src/runtime/asm_amd64.s.

After the execution of the above instructions, the process memory space layout is as follows. 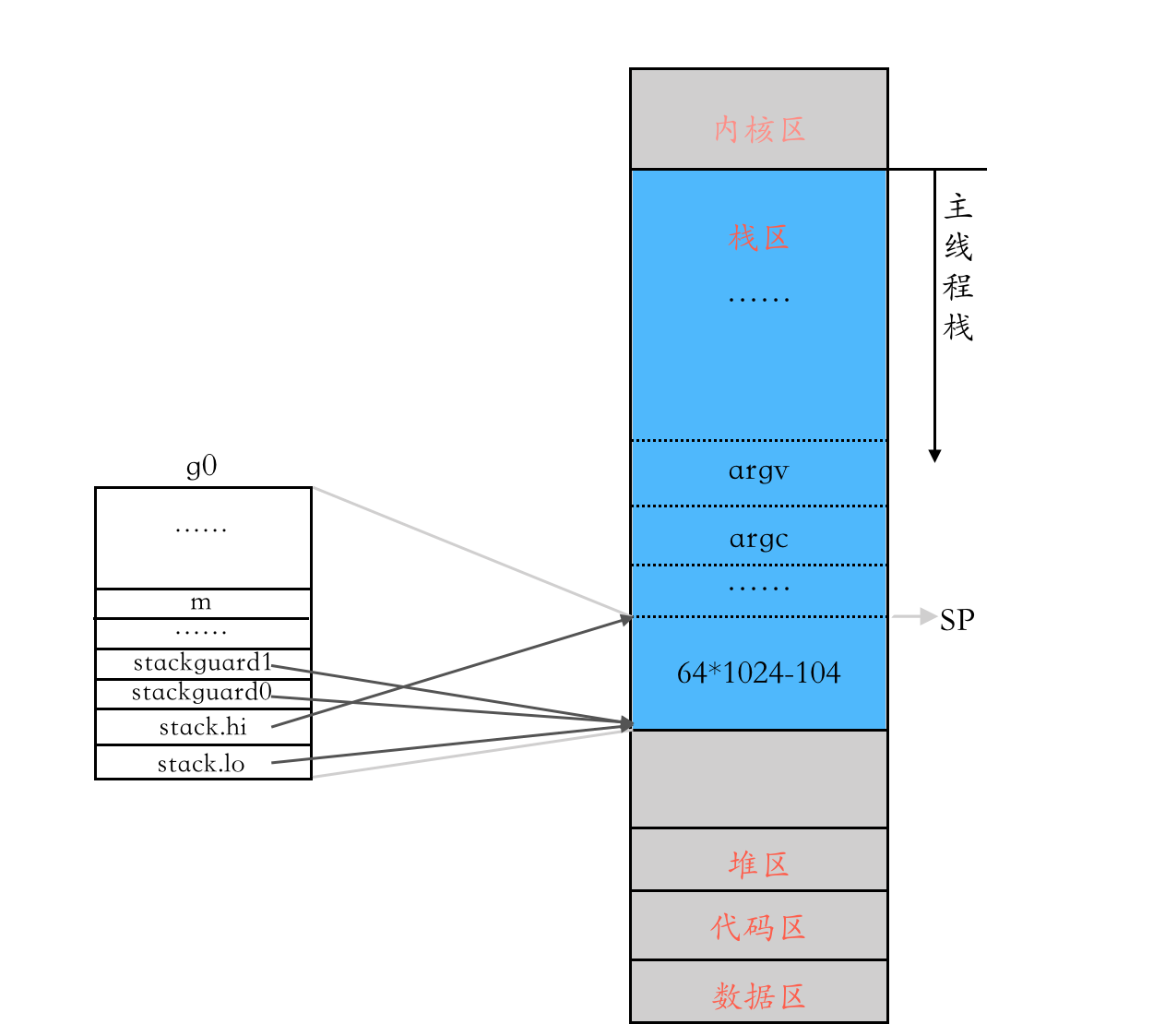 Then start executing instructions to get cpu information and related to cgo initialization, this code can be ignored for now.

In the code analysis later, you will often see calls to the getg function. The getg function will fetch the currently running g from the thread local store, in this case the g0 associated with m.

The tls address will be written to m0, and m0 will be bound to g0, so you can get g0 directly from tls.

Continuing with the ok code block, the main logic is.

The process memory space layout at this point is shown below. 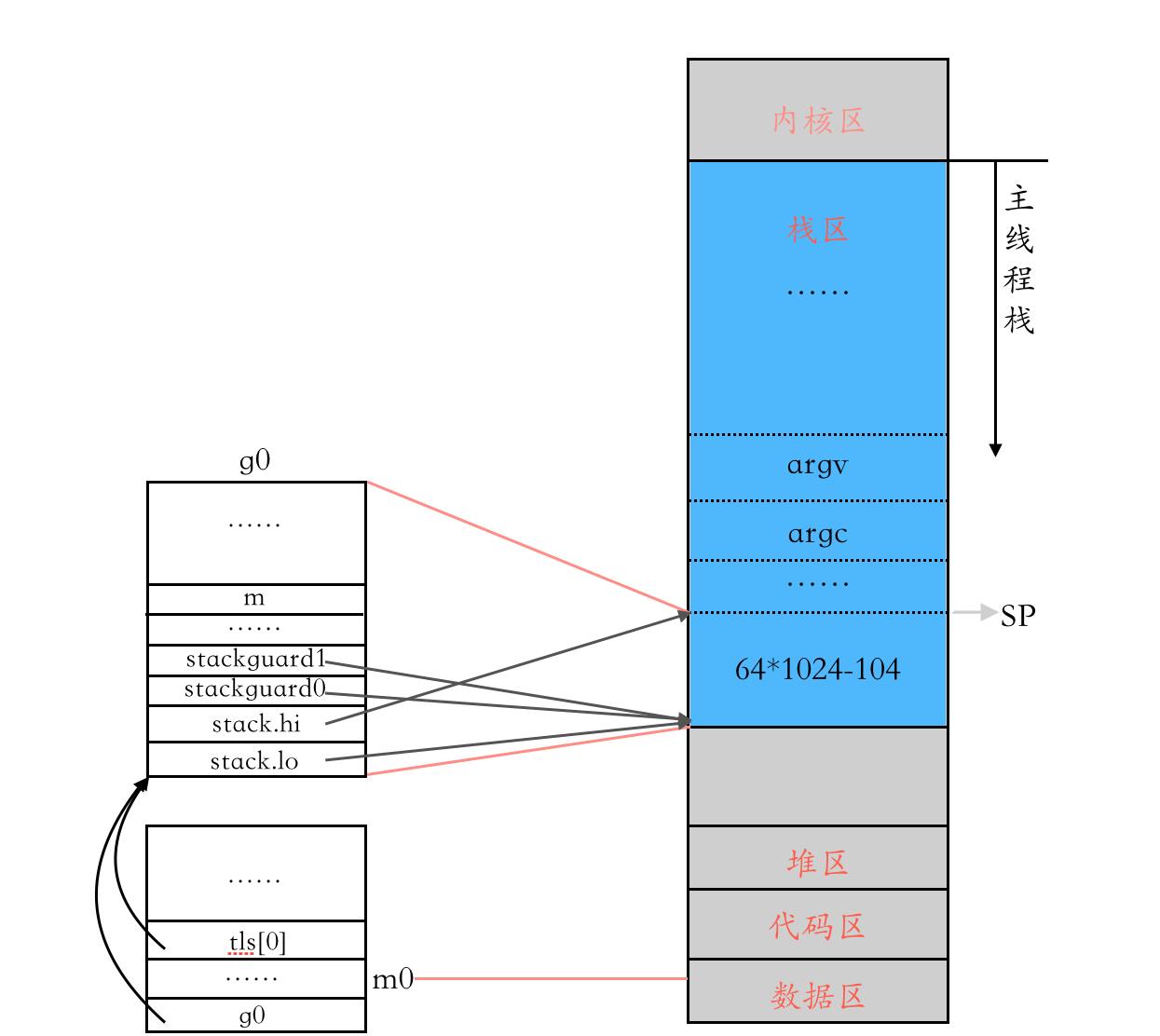 This article mainly introduces the key code in the Golang program startup process, the main code of the startup process is written through Plan9 assembly, if you have not done the underlying related things look very difficult, the author of some of the details are not fully understood, if interested in discussing some of the details of the implementation in private, there are some hard-coded numbers as well as the operating system and hardware The specification is relatively difficult to understand. The analysis of several components in Golang runtime will be written one after another.