Trie, also known as dictionary tree and prefix tree, is a multinomial tree structure, whose core idea is space for time, using the common prefix of strings to reduce unnecessary string comparisons to improve query efficiency. The figure below. 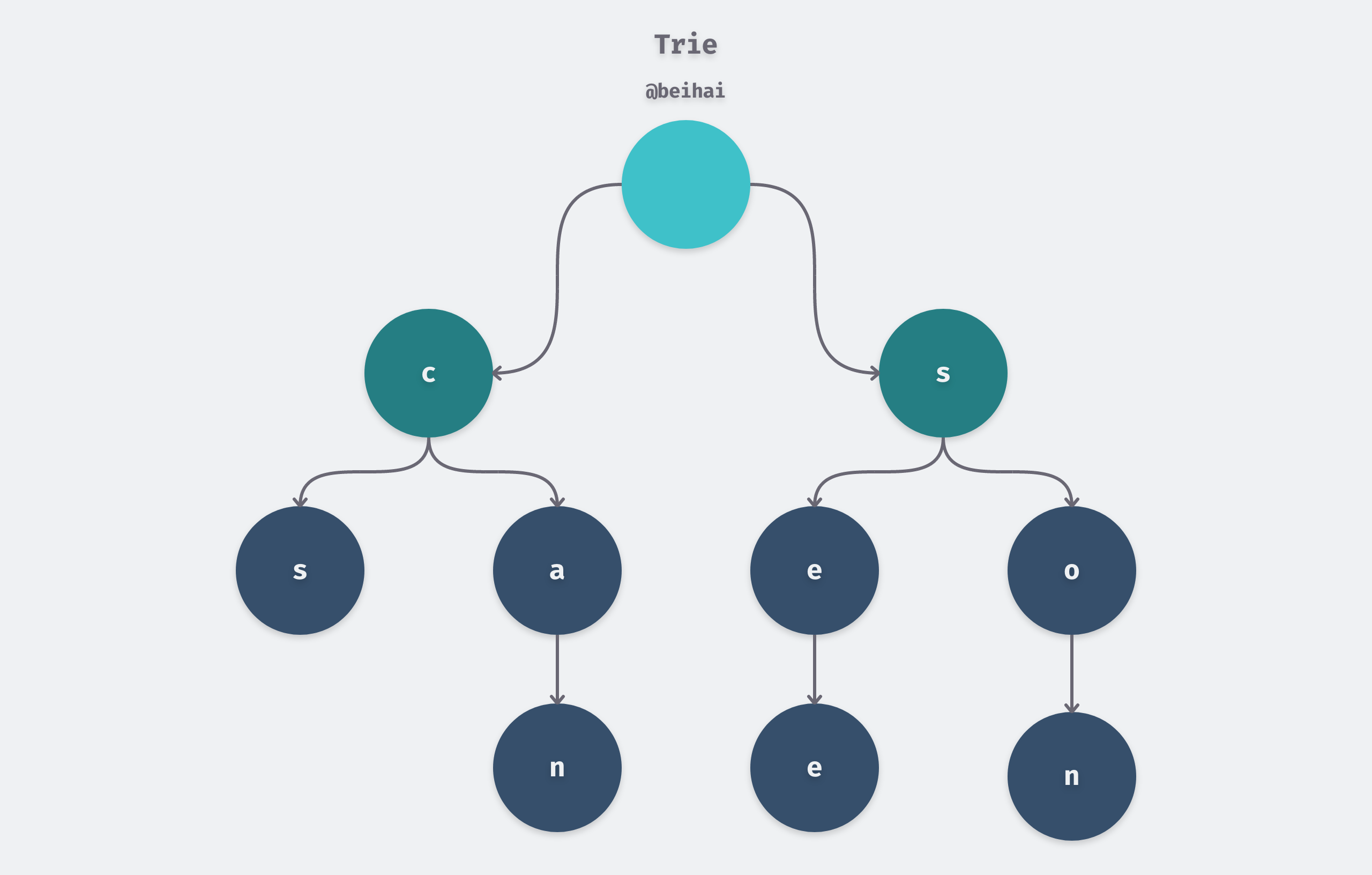 It can be seen that two keywords with a common prefix have the same path in the prefix part of Trie, so Trie trees are also called prefix trees.

The keyword word in Trie is usually a string, and Trie keeps each keyword in a path instead of a node. So usually the implementation sets a flag in the node to mark whether the keyword constitutes a keyword at that node. trie has the following properties.

The Radix Tree, also known as the Compact Prefix Tree, is a spatially optimized Trie data structure. If a node in the tree is a unique child of a parent node, then that child node will be merged with the parent node, so a node in a Radix Tree can contain one or more elements. For example, if we have the keywords /App1/Config and /App/State, then their storage structure might look like the following. 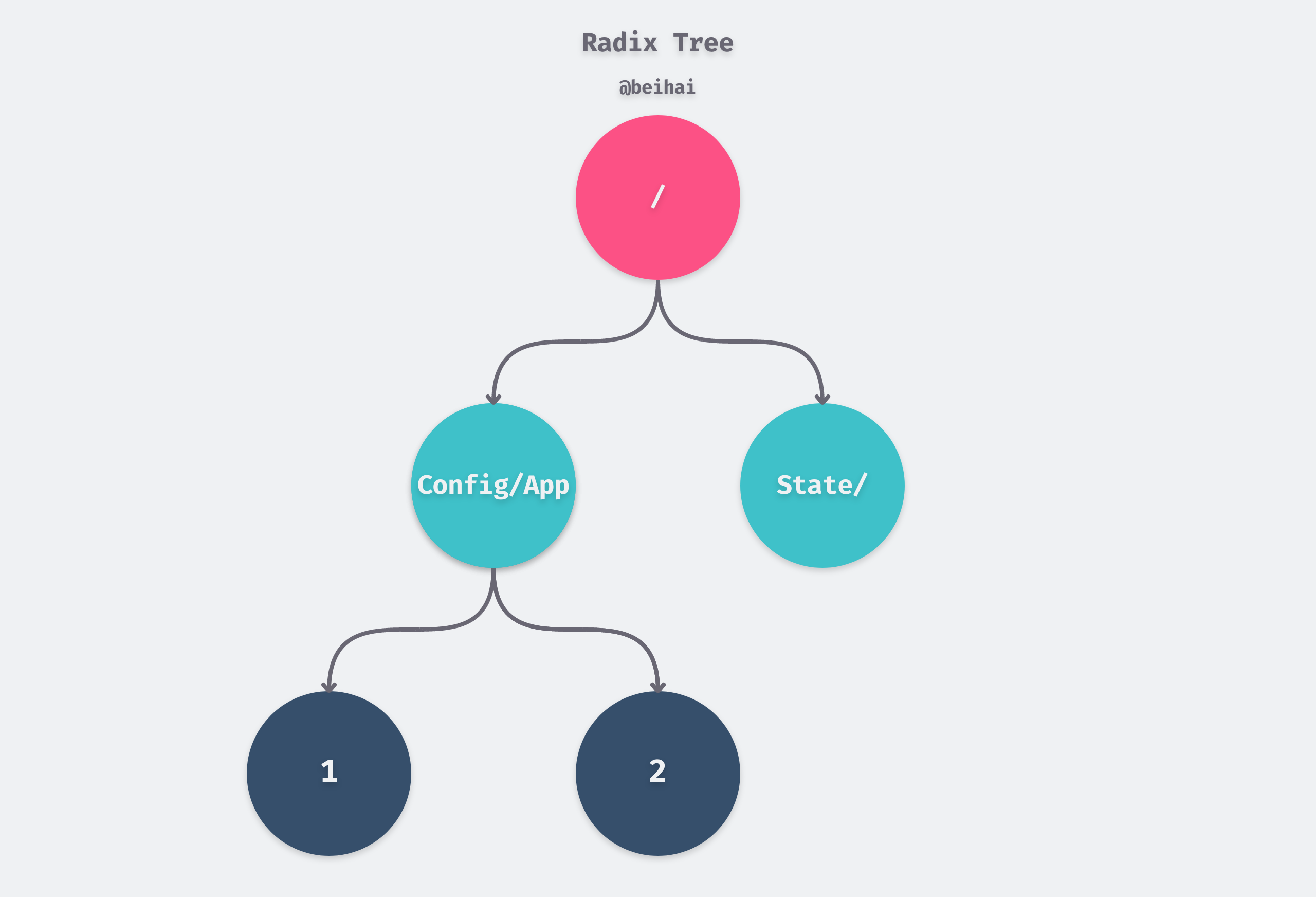 In general, Radix Tree, often used for IP routing, string matching and other scenarios with more of the same prefix and limited string length, is described below in the Gin Web framework for routing implementation.

The Gin framework maintains a separate Radix Tree for each HTTP method, so the routing space for different methods is isolated.

Each node of the Radix Tree stores not only the string of the current node, but also the full path of a route. In addition to this, the query process has been optimized, with the indices field holding the first character of the child node to quickly determine which child node the current path is in.

Gin queries the route via the node.getValue() method, and the core logic in this extra-long function is the following breadth-first traversal.