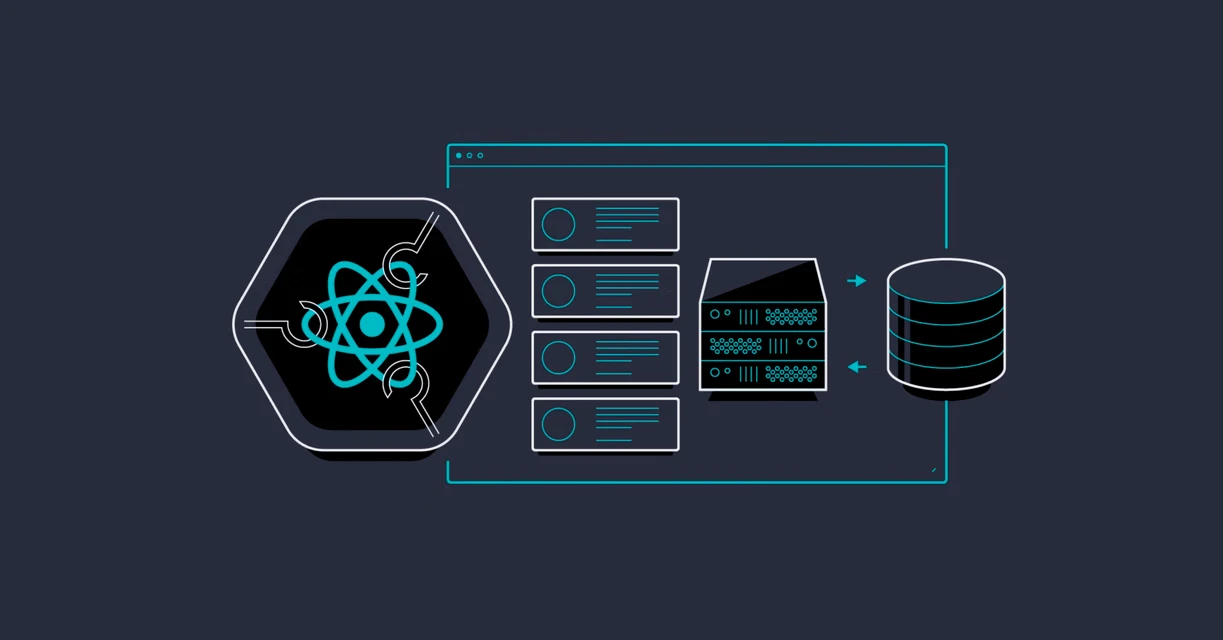 React is a JavaScript library open-sourced by Facebook that can be used to build UI on any platform. A common pattern in React is to use useEffect with useState to send requests, sync state from the API (outside React) to inside React, and use it to render UI, and this article shows you exactly why you shouldn’t do that directly.

Start by sending a simple request

Imagine you’re writing a React application that needs to get product listing data from the API and render it to the page. You think about the fact that network requests are not rendering, but side effects of rendering, and you think about the fact that React provides a special Hook useEffect for handling side effects of rendering, most often in the scenario of synchronizing state that is external to React to React internally. Without thinking about it, you implement a <ProductList /> component.

You run npm run dev and with a sense of accomplishment you see the list of products displayed on the page.

You find that when you first load, the page is white until the data is loaded, which is a bad user experience. So you decide to implement a “loading” progress bar and introduce a new state isLoading.

Then you realize that in addition to a “loading” status, you need to display error alerts and report error logs if necessary, so you introduce a new status error.

You find it cumbersome to repeat the above code for every component that needs to fetch data from the API. So you decide to wrap it into a useFetch Hook that you can call directly from within the component.

Now you can use the useFetch Hook directly in the component.

You implement a rotating component that switches between multiple products, with the currently displayed product stored in the state curentProduct.

As a result, when you test it, you find that when you switch quickly in the rotating component, sometimes when you click on the next product, the interface shows the previous one.

So you write a logic in useFetch to clear the side effects.

You can also check if the current browser supports AbortController when clearing side effects, and use AbortSignal to cancel aborted network requests.

Let’s go back to the above rotating component.

Whenever the rotating component switches, <Product /> receives a new props.id, the component undergoes an update, the url changes, useEffect is re-executed, and a new network request is triggered. To remove subsequent unnecessary network requests, useFetch needs a cache.

Are you starting to get a bit of a headache? Don’t fret, we’re just getting started.

You can also update the cache regularly and repeatedly (interval), and you can update the cache when the user’s network state changes (when switching from data traffic to Wi-Fi). Now you need to write more useEffects and addEventListeners.

Also, when the component is unmounted and remounted, you can first use the cache to render the interface to avoid another white screen, but then you need to asynchronously refresh the cache and finally update the latest data to the UI again.

When implementing the useFetch cache, cache is a global variable and every useFetch in every component can read and write to cache directly. Although the data obtained when cache.get is up to date, after a useFetch calls cache.set, the cache cannot notify other useFetchs that it needs to be updated and has to passively wait for the next cache.get from another useFetch.

To avoid Tearing, notify React of global variable updates, and schedule re-rendering, you need to re-implement cache to use React 18’s other Hook useSyncExternalStore.

Now, whenever a useFetch is written to the cache, React will update all components that used the useFetch with the latest value in the cache.

Since you are Fetching on render in the <Product /> component, there may be more than one <Product id={114514} /> in your React Tree at the same time; so you may still be sending more than one request to the same URL at the same time when the page is first loaded and not cached. To merge the same requests, you need to implement a mutex lock to avoid multiple useFetchs sending multiple requests to the same URL; then you also need to implement a pub/sub to broadcast the API response data to all useFetchs using this URL.

Do you think it’s over? No.

As a low-level React Hook for sending web requests, useFetch will need to do more than that.

With so many requirements for a useFetch, why not just use an off-the-shelf React Data Fetching Hook? Both SWR and React Query can override these functions.