On September 7, 2022, the Go security team published the article “Vulnerability Management for Go” on the official Go blog, officially introducing all Gophers to Go’s tools and solutions for security vulnerability management.

In this article, the Go security team introduces a command line tool called govulncheck. This tool is essentially just a front-end to the Go vulnerability database, which scans the Go source code or compiled Go application executable binaries in your repository through the vulncheck package under the officially maintained vuln repository, forming a callgraph of the source code and callstack.

You can also develop your own vulnerability inspection front-end based on the vulncheck package, client package, etc. under the vuln repository, or integrate it into your organization’s internal toolchain.

If you are a maintainer of a well-known go open source project, when you find and fix a vulnerability in your project, you can find the submission/reporting portal for different types of vulnerabilities at Go Vulnerability Management Page, and the Go security team will review and confirm the public vulnerability information you report.

Well, as Gopher, we are more concerned about whether there are security vulnerabilities in the Go projects we are developing, either from the Go compiler or from vulnerable third-party packages that we rely on. We need to learn to use the govulncheck tool to scan our projects.

govulncheck is currently maintained under golang.org/x/vuln, and according to the official blog, it will be released with the Go installer at a later date, but it is not known if it will be integrated into the go command. To use govulncheck now, we have to install it manually with the following command.

Once successfully installed, you can run the following command in the root directory of your Go project to check the entire project for vulnerabilities.

Here are the results of my scan of my own project (golang version is Go 1.18).

We see that the output of govulncheck is divided into two parts: one part is the scanned project with security vulnerabilities for which you must fix, while the other part (separated by “=== Informational ===”) is a list of packages with security vulnerabilities that you directly import or indirectly depend on, but you do not directly You do not call the functions or methods in the vulnerable packages, so no remedial action is required. Thus, we only need to focus on the first part of the information.

For these two types of vulnerabilities, our solution is different.

The second type of vulnerability, that is, vulnerabilities introduced by third-party packages, is a little more troublesome to eliminate.

We also look at it in two cases.

The introduction of the govulncheck tool has enriched our means of checking projects for security vulnerabilities. If your project is open source on github, you can also use the github weekly security alert to obtain security vulnerability information (as shown in the following figure). 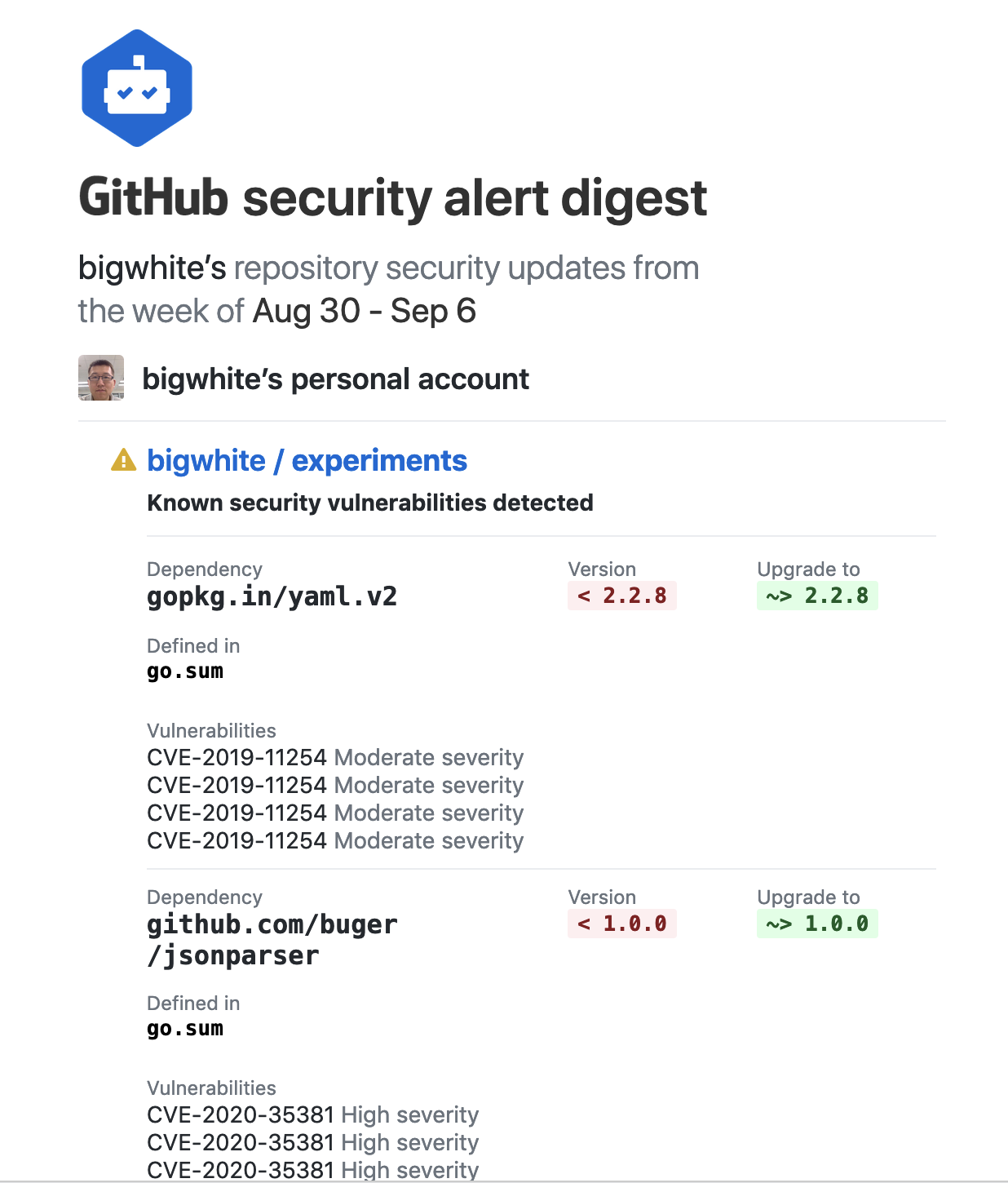 For private commercial projects in your company, no matter what tools you used before for security scanning of the software supply chain, now that we have govulncheck, it is recommended to scan with it regularly.