I recently had a requirement to collect extranet access to Kubernetes. Therefore, we have investigated and tried out related projects, and this post focuses on how to install Kindling and configure Grafana to view Kubernetes network connection data.

This eBPF-based technique of converting kernel function calls into userspace events and then exposing them to user programs should be interesting in the coming years. Here’s a simple deployment, using the open source version of Kindling.

The Kindling open source community is not very well run, and the documentation and materials are not clear enough. I’ve put together a yml for installation.

Pod keeps CrashLoopBackOff, which is caused by a mismatch between the kindling-agent image and the current system. You need to recompile the image.

Note here that if your infrastructure is relatively uniform, with only one OS and one kernel version, then you can tag the image as your own private image and push it to the remote end by modifying the kindling-agent Daemonset image address.

If your infrastructure is not uniform, and a cluster contains multiple hosts, multiple operating systems, and multiple kernel versions, then you can compile on each of these special systems. Since Daemonset can only set one image name, you need to keep the name of the kindling-agent image consistent across all Kubernetes nodes recompiled.

3. Installing the Grafana Plugin and Importing the Panel

Since Grafana, which I commonly use, is deployed using Docker, installing the plugin is a bit complicated.

The relevant Dashboard Json file is backed up at https://github.com/shaowenchen/demo/tree/master/kindling/dashboard.

Compared to the official Dashboard provided by Kindling, the DataSource field has been added to switch the data source, making it easier to view monitoring data on different clusters.

4. View the data reported by the kindling-agent

Here is the screenshot.

In the panel, you can see some information related to DNS, quaternions, and even the network topology between command spaces and Services. The resource consumption is also acceptable.

In some of the graphs above, you can find some data is vacant and some fields show NOT_FOUND_INTERNAL, which is not a good experience for the project. 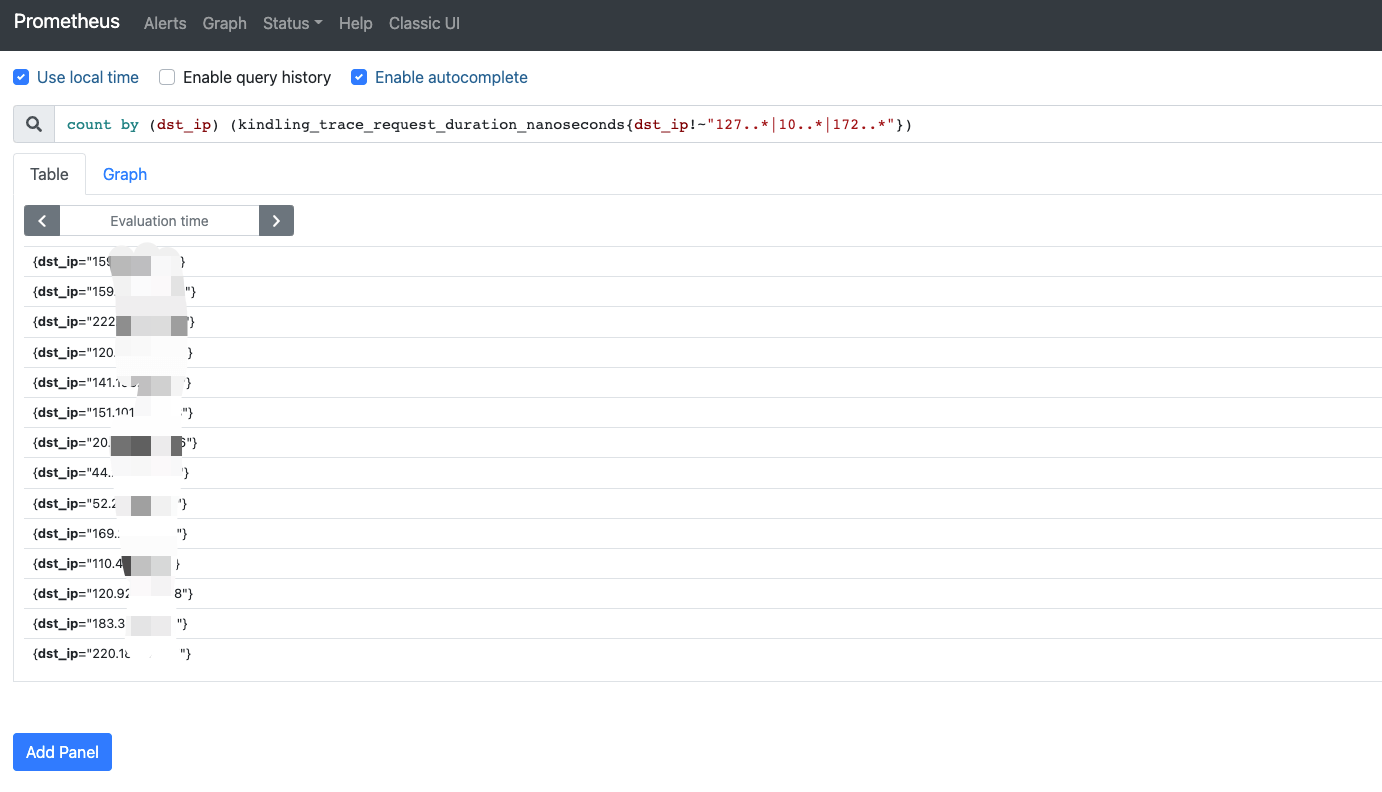