In recent years, front-end and back-end separation has become popular. In a typical front-end and back-end separated application architecture, the back-end mainly acts as a Model layer to provide the API for data access to the front-end, and the communication between the front-end and back-end needs to be carried out between heterogeneous networks that are not trusted (Zero Trust). In order to ensure the secure and reliable transmission of data between the client and server, it is important to implement client-side authentication. The HTTP protocol itself is stateless, and the basis for client-side authentication of the server is to record the conversation status of the client and the server.

The most familiar way to authenticate the client is the session/cookie-based state logging method, and the basic process is as follows. 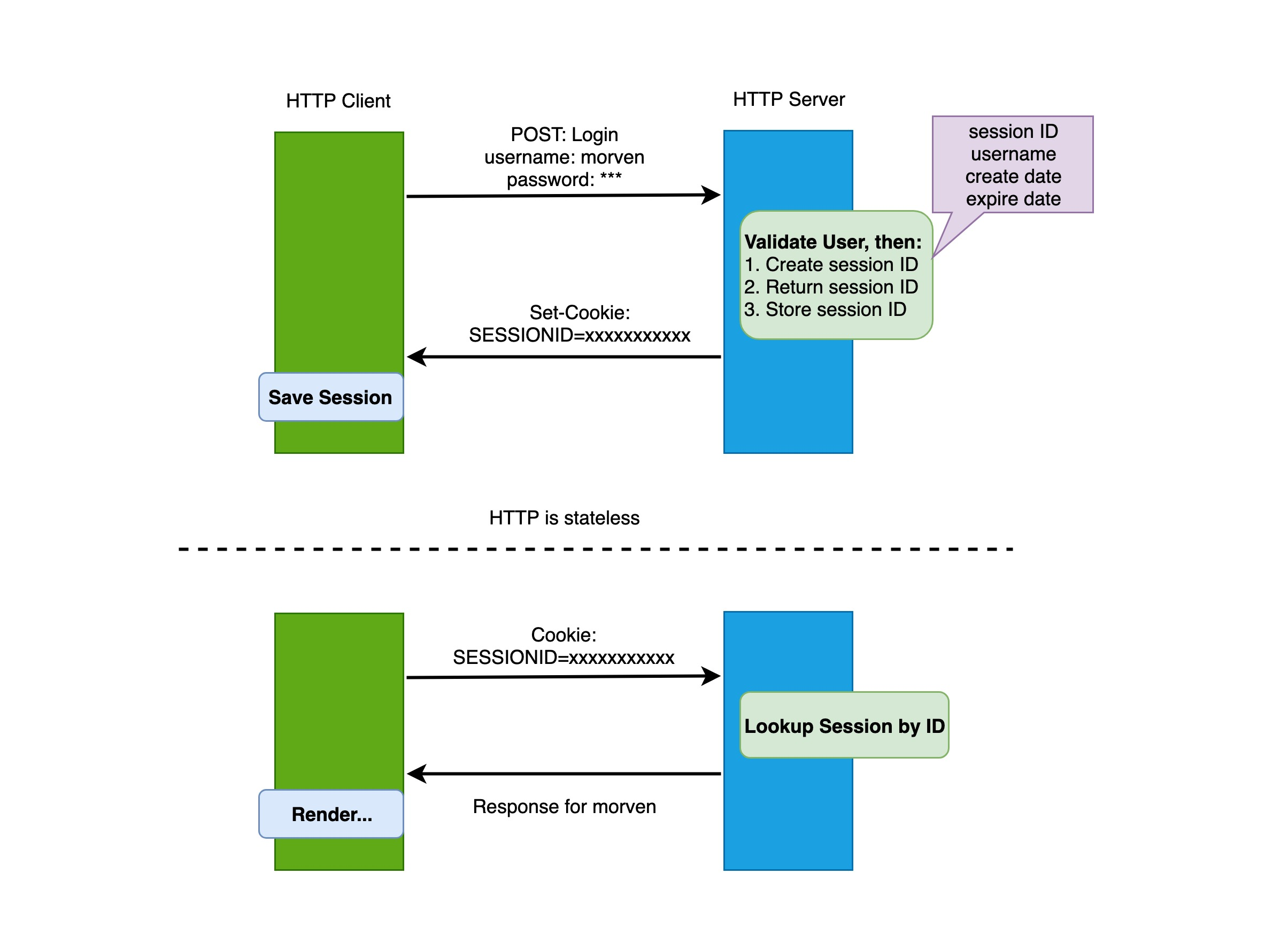 The biggest problem with this authentication approach is that there is no distributed architecture to support horizontal scaling. If a single server is used, the model is perfectly fine. However, if it is a cluster of servers or a service-oriented cross-domain architecture, a unified session database repository is needed to hold session data for sharing so that each server under load balancing can properly authenticate users.

For example, if an enterprise has two different sites A and B serving at the same time, how can a user log in to one of the sites and then it will automatically log in to the other site?

Is there another solution? This is the JWT (JSON Web Token) authentication method we are about to learn.

JWT is an alternative approach to authenticate clients based on tokens, which means that only the corresponding token needs to be attached to the HTTP header of each client request, and the server side is responsible for checking the signature of the token to ensure that the token has not been tampered with, so that each request is sent back to the server side for authentication by the client saving the data instead of the server saving the session data.

JWT is an open standard as defined in Official (RFC 7519), which defines a simple and secure scheme for transferring JSON-formatted token information between client and server. 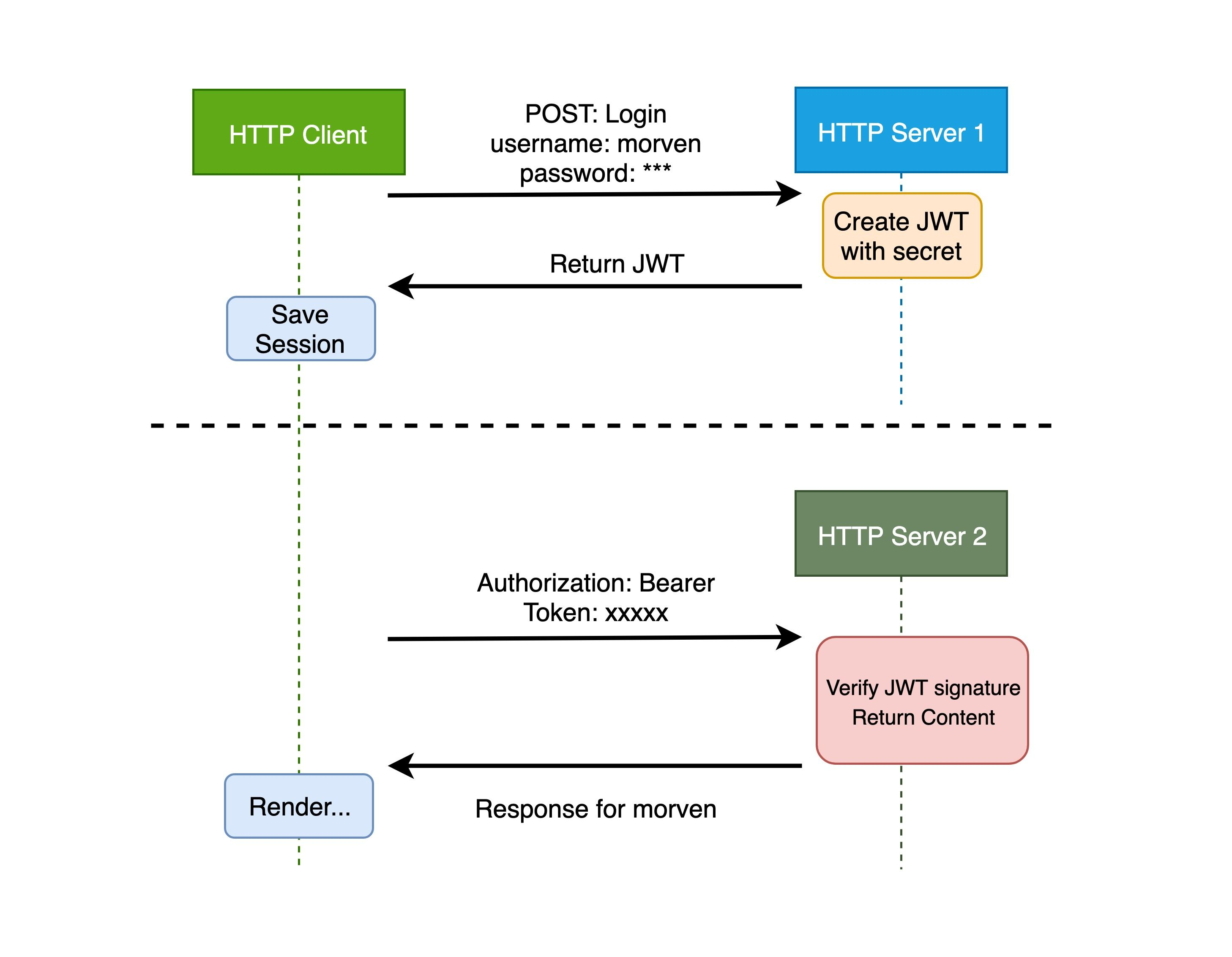 The basic principle of JWT server-side authentication is that after the server has authenticated, a JSON object is generated and sent back to the client, as follows.

Data format of a JWT

The data structure of a typical JWT looks like the following diagram.

The JWT object is a very long string, with characters separated by . is divided into three substrings, and there is no line break between the strings, each substring represents a functional block with the following three parts in total.

The JWT header is a JSON object that describes the JWT metadata, usually as follows.

The payload section, which is the main content section of the JWT, is also a JSON object that contains the data to be passed.

The JWT specifies seven default fields to choose from.

In addition to the above default fields, we can also customize private fields as shown in the following example.

Note: By default JWT is unencrypted and anyone can decode its content, so do not construct sensitive information fields, such as storing confidential information, to prevent information leakage.

The signature hash part is to sign the above two parts of the data and generate the hash value by the specified algorithm to ensure that the data will not be tampered with.

First, a key (secret) needs to be specified. This key is stored in the server only and cannot be disclosed to the client. Then, the signature is generated using the signature algorithm specified in the header (by default HMAC SHA256) according to the following formula.

After the signature hash is calculated. <Header>. <Payload>. <Signature> three parts using . to concatenate them into a string, which forms the entire JWT object.

In fact, in addition to the above readily apparent advantages, JWT has the following advantages over traditional server-side authentication.