Updating (re-rendering) is an important feature of React – when a user interacts with an application, React needs to re-render and update the UI in response to the user’s input. But why does React re-render? If we don’t know why React re-renders, how can we avoid additional re-rendering? 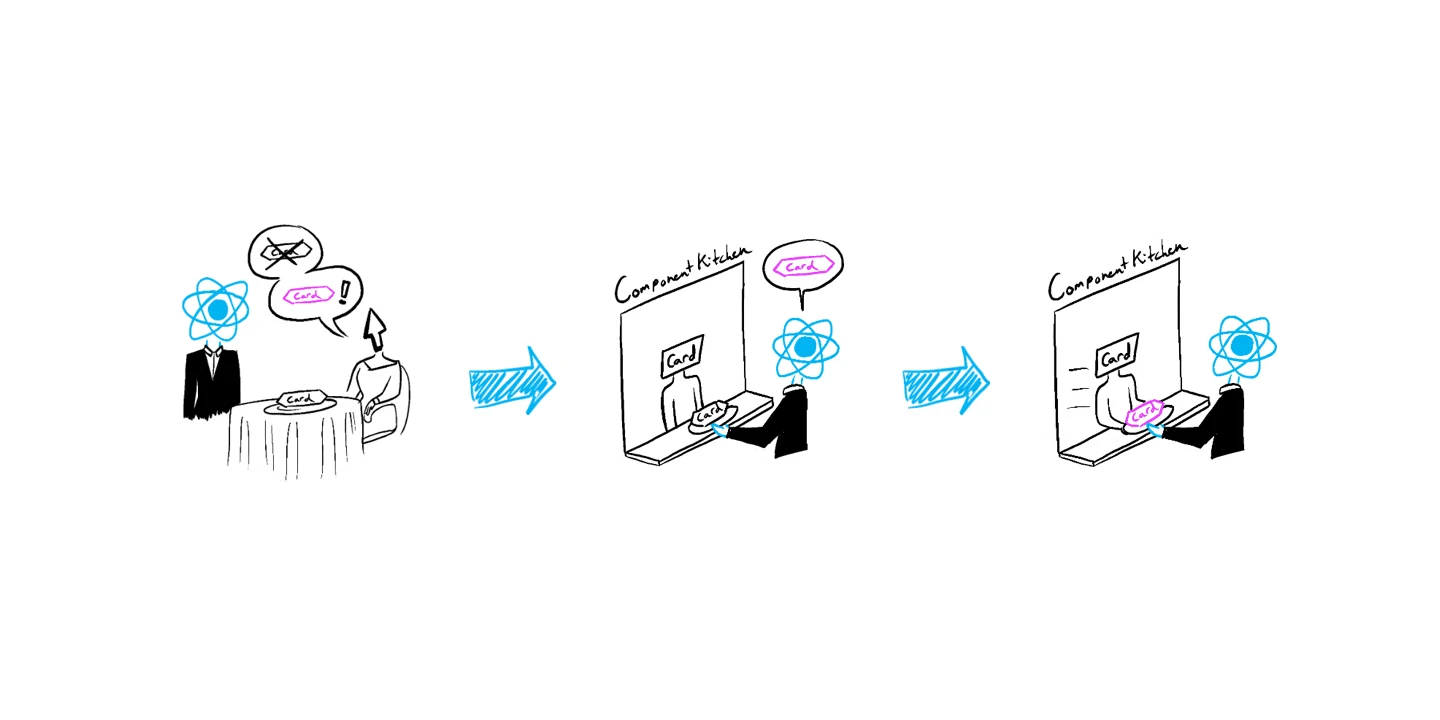 State changes are one of the only reasons why updates occur inside the React tree.

This statement is an axiom of React updates and there are no exceptions. This article will also be centered around explaining this statement. To avoid getting into ambiguity, this sentence introduces some restrictive definitions and keywords.

In React, “update” and “re-render” are two closely related, but completely different, terms. Here’s how to get the correct meaning of these two words.

The React Tree itself can be updated at any time. In fact, if you’ve ever learned React through the React documentation, you’ve seen this pattern in the “Hello World” chapter.

The render provided by the ReactDOM is called once per second to make a complete update of the entire React tree. But most of the time, you won’t be updating the entire React tree, but rather some of the components within the React tree (in a React application, you’ll only call createRoot().render or hydrateRoot() once).

If you are using React class components, then you can update a component using the forceUpdate method that inherits from `React.

So, we can also rephrase this to say that if all class components in a React tree do not use the forceUpdate method, then a state change is the only reason for an update to occur inside the React Tree.

Before the body begins, let’s put out a very confusing quote.

If you ask some developers who use React “why does React update/re-render”, you’ll probably get this answer. That’s true, but it doesn’t reflect the real React update mechanism.

This article will only cover why React updates happen, not how to avoid “unnecessary” updates (maybe I’ll write a separate article on this topic?).

Let us take the example of a counter.

Now let’s clear up one of the simplest misconceptions.

Misconception 1: When a state changes, the entire React tree is updated.

A few developers using React will believe this (thankfully not most!). . In reality, when state changes, React only updates the component that “owns this state” and all the children of that component.

Why is the parent component (in this case, <App /> is the parent of <Counter />) not getting updated? Because the main task of React is to keep the state inside React in sync with the UI rendered by React, and React updates that by figuring out how to change the UI so that it’s in sync with the new state. And in React, data is passed top-down in one direction (The Data Flows Down). In this example, the state count of the <Counter /> component flows down to the prop number of the <BigNumber /> component, but not up to the <App /> component. Therefore, the <App /> component does not need to be updated when the state of count changes.

No, it has nothing to do with props at all

Misconception 2: One of the reasons a React component is updated is because its prop has changed.

Now let’s modify the above example.

The <CurrentTime /> component does not accept any prop, but the UI is rendered differently each time.

Components that include state (using useState) are also not pure components: even if the prop does not change, the component will render a different UI depending on the state.

Sometimes it’s hard to tell if a component is a pure component or not. You might pass a Ref as a prop to a component (forwardRef, useImperativeHandle, cases like that). Ref itself is Reference Stable, and React doesn’t know if the value in the Ref has changed.

React’s goal is to show the latest, consistent UI. to avoid showing the user outdated UI, React updates all child components when the parent component is updated, even if the child component does not accept any prop. props have nothing to do with component updates.

You are probably familiar with (or at least have heard of) React.memo, shouldComponentUpdate or React.PureComponent, tools that allow us to `ignore updates:'

When we wrap the declaration of the <SomeDecoration /> component in memo, what we’re actually doing is telling React “Hey! I think this is a pure component, so as long as its prop doesn’t change, let’s not update it”.

Now, let’s wrap both <SomeDecoration /> and <BigNumber /> in a memo and see what happens.

Do you remember what “rendering” means? Go back and look if you don’t.

Another reason why React does not memo all components by default is that it is very difficult and impractical for React to determine all the dependencies of a child component in Runtime to skip unnecessary updates to the child component. The best time to calculate child component dependencies is during compilation. For more details on this idea, check out Xuan Huang’s talk React without memo at React Conf 2021 .

Myth 3: One of the reasons React components update is because the value of the Context.Provider has been updated.

If we say that when a component is updated due to a state change, all its children are updated with it. It should come as no surprise that when the state we pass through the Context changes, all the children subscribed to the Context are updated.

For pure components, a Context can be considered a “hidden”, or “internal” prop.

As in the example above, the CountContext changed because the count state of the <Counter /> component changed; it was not just the consumer component of CountContext (and its children) that was updated, but all the children of <Counter /> as well.