For the sake of simplicity, we will describe the process of receiving and sending Linux network packets with a UDP packet processing process on a physical NIC, and I will try to ignore some irrelevant details.

From NIC to memory

The following diagram shows in detail how packets enter memory from the network device and are processed by the driver and network stack in the kernel. 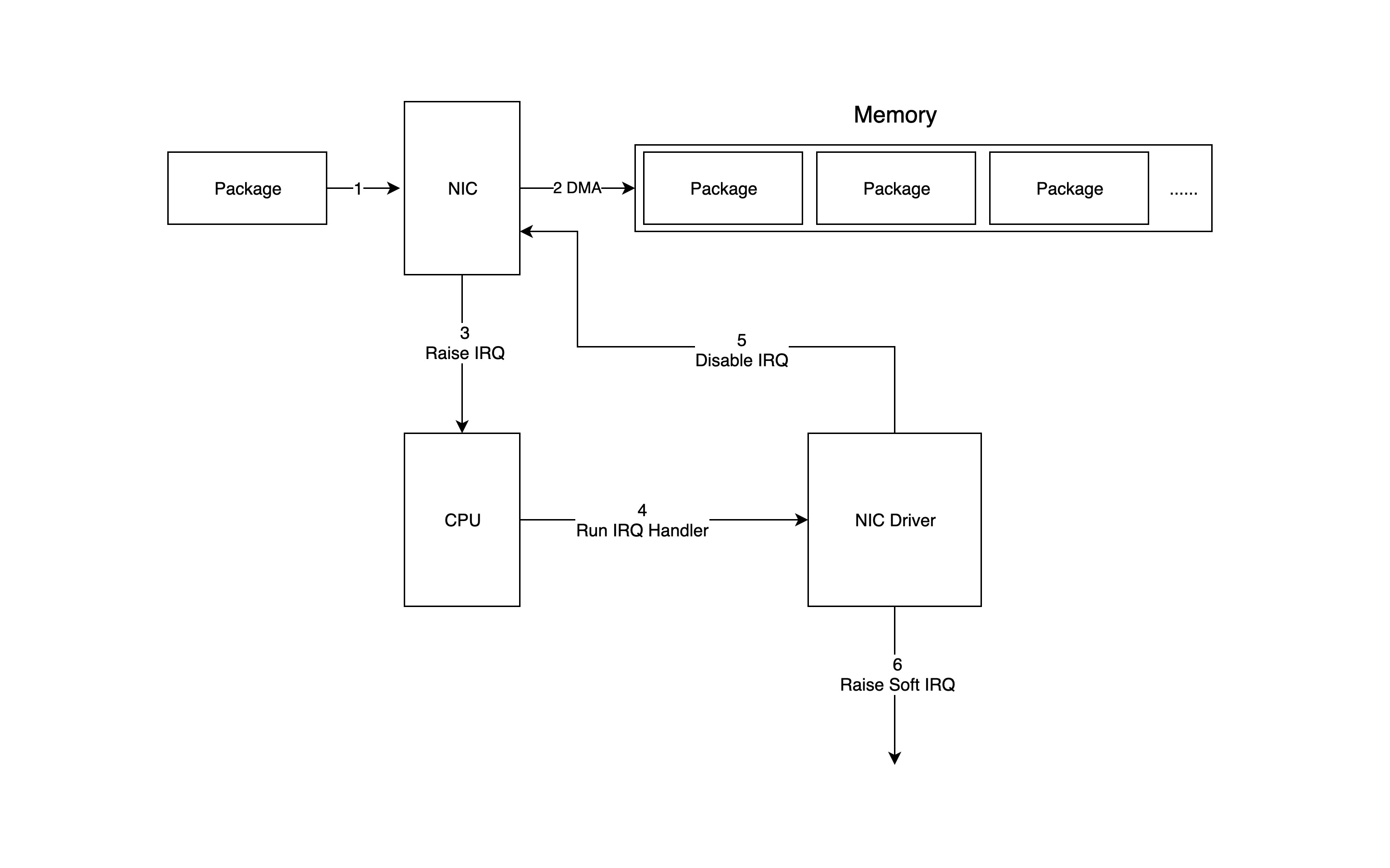 The network device driver in the previous step will process the packet by triggering the soft interrupt handling function in the kernel network module, and the kernel processes the packet as shown in the following diagram. 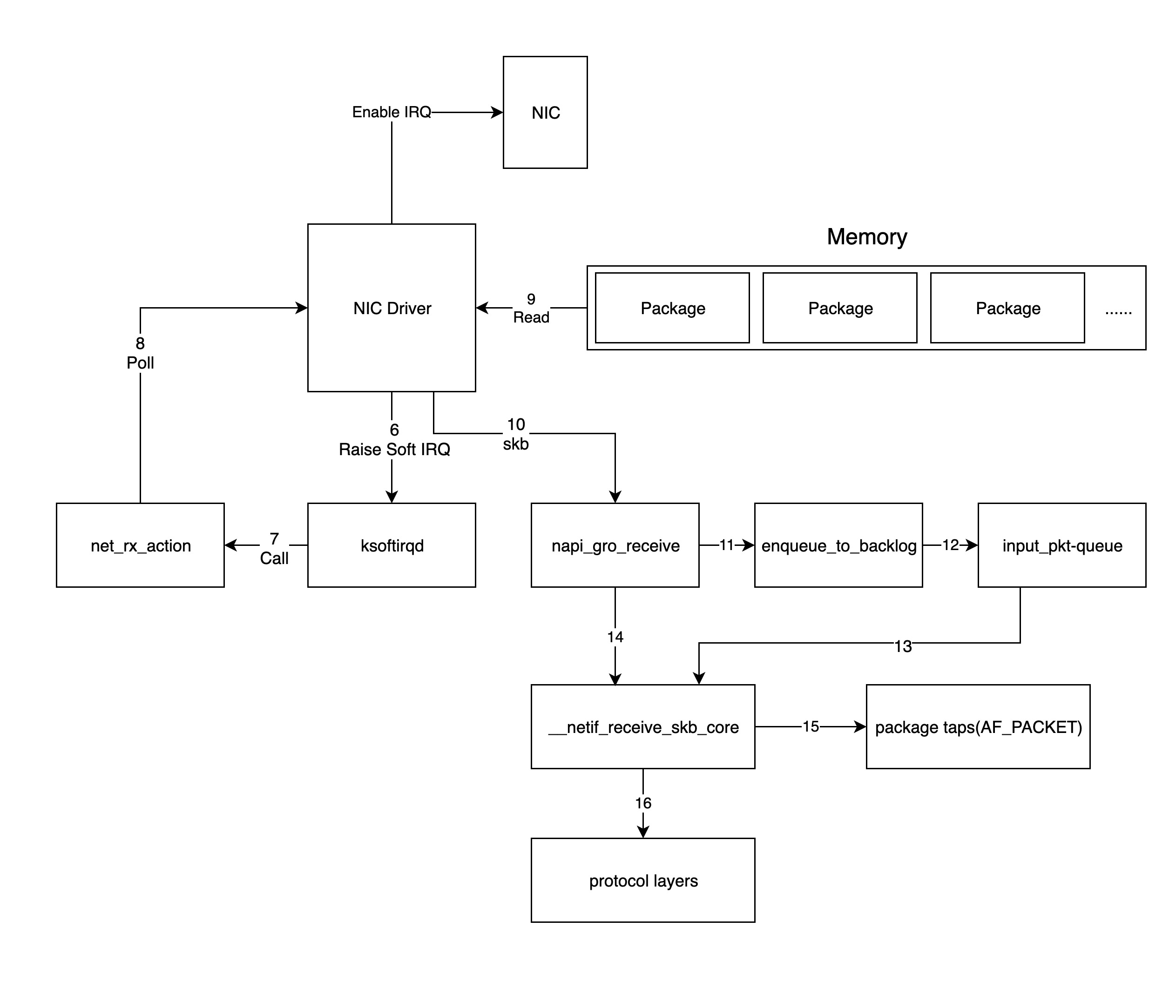 The packets received by the kernel TCP/IP stack at this point are actually Layer 3 (network layer) packets, so the packets will first go to the IP network layer first, and then to the transport layer for processing. 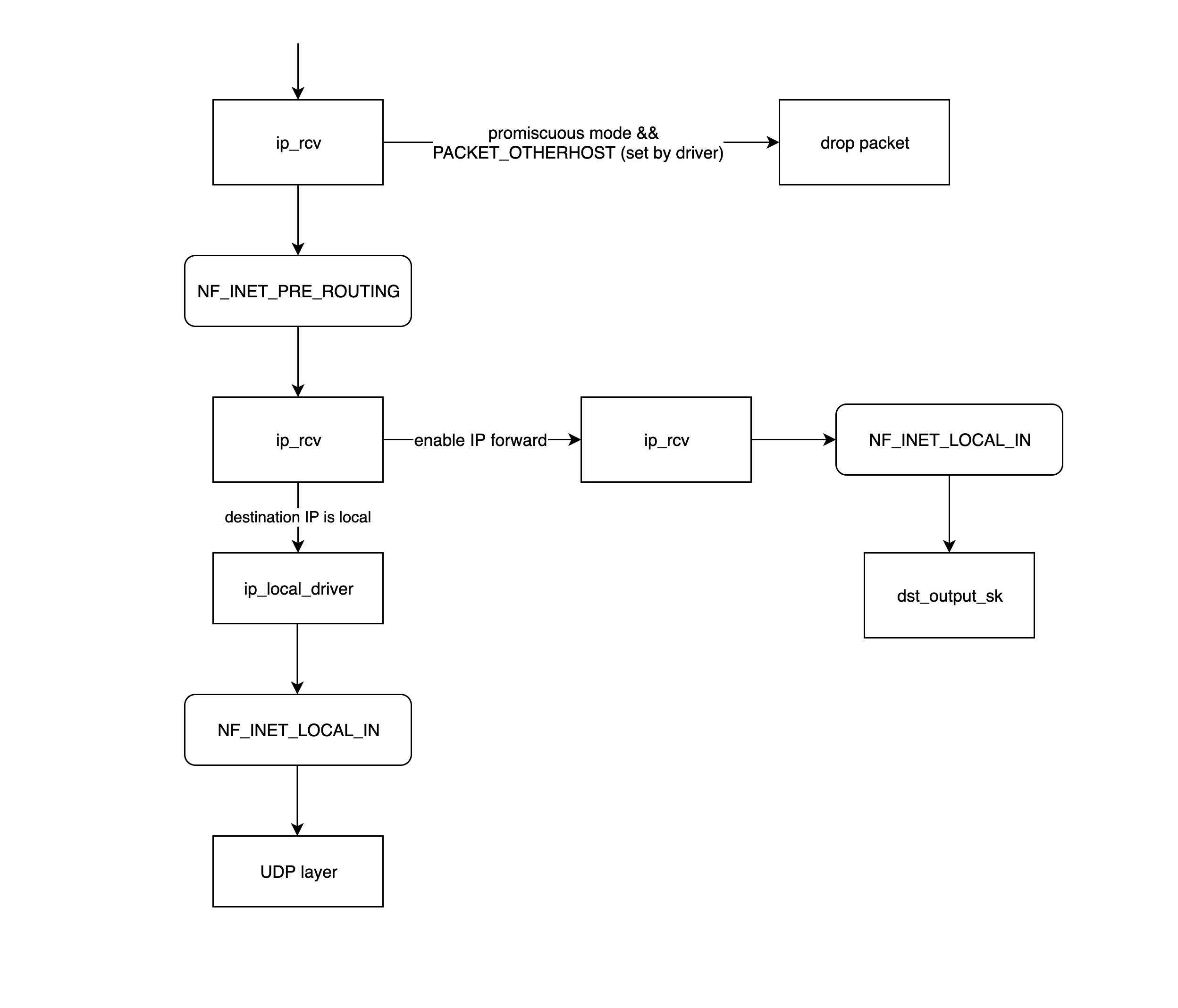 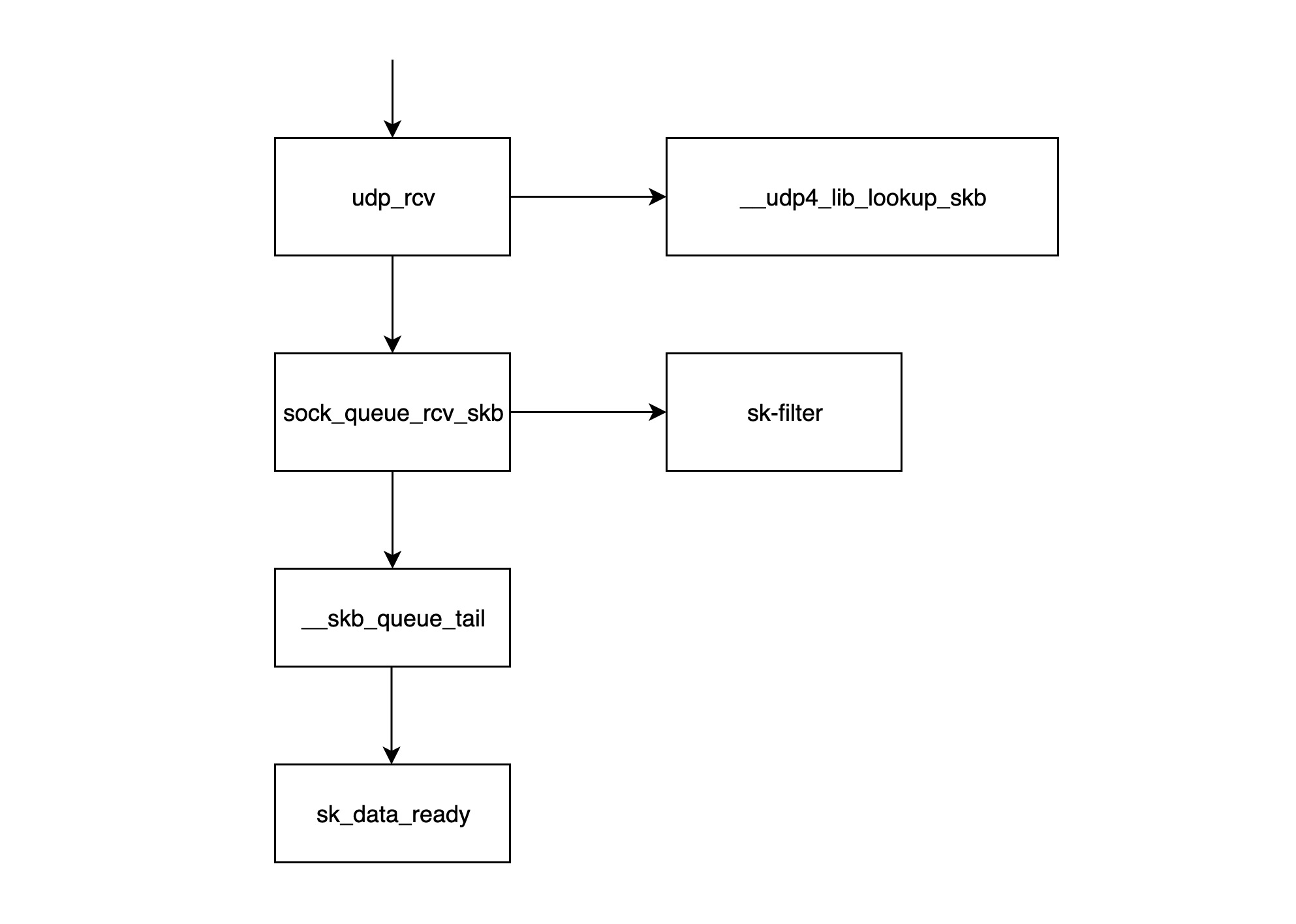 Note: All the execution procedures described above are executed in the soft interrupt context.

Logically, the sending process of a Linux network packet is the opposite of the receiving process, so we’ll still use the example of a UDP packet being sent through a physical NIC. 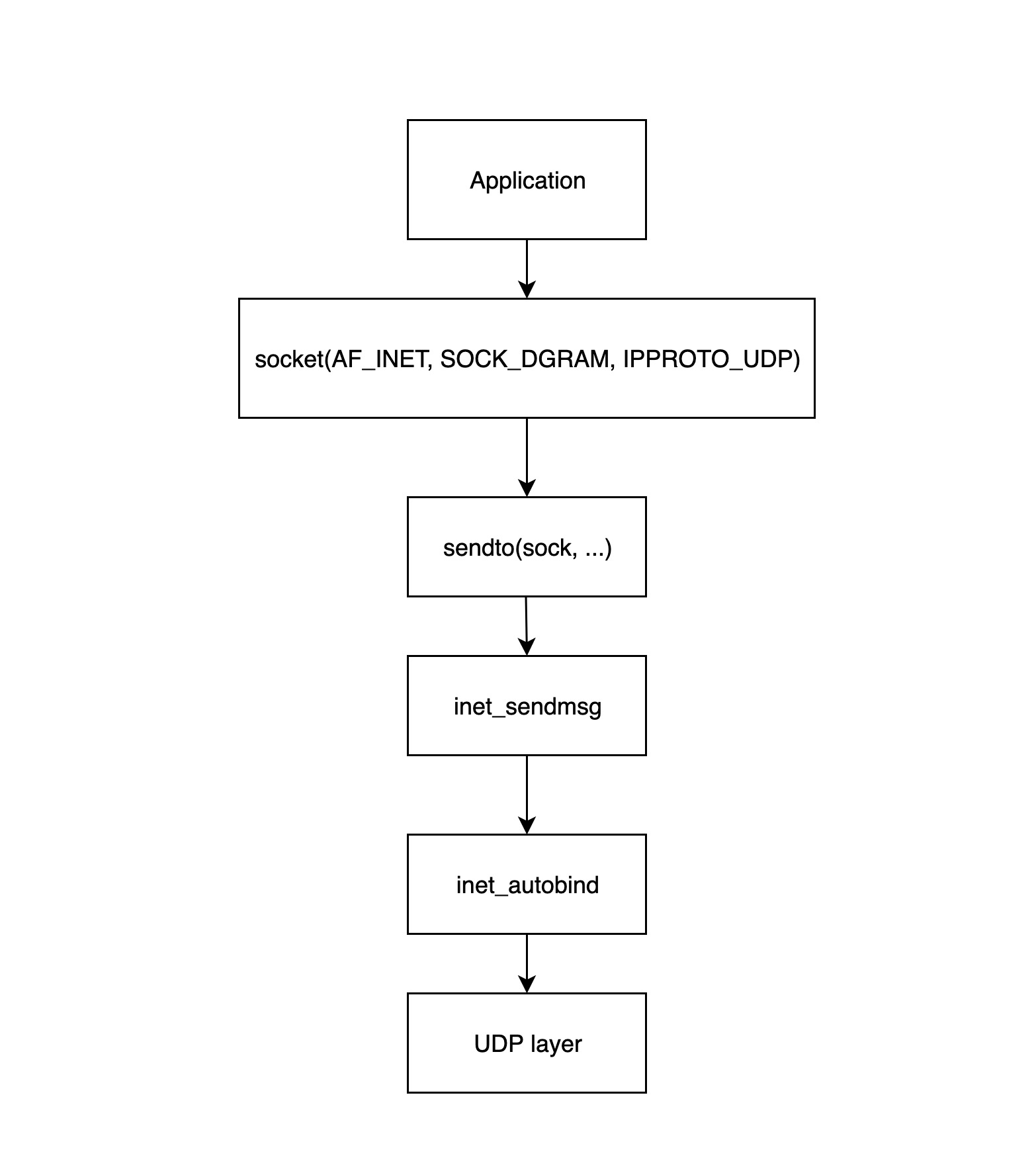 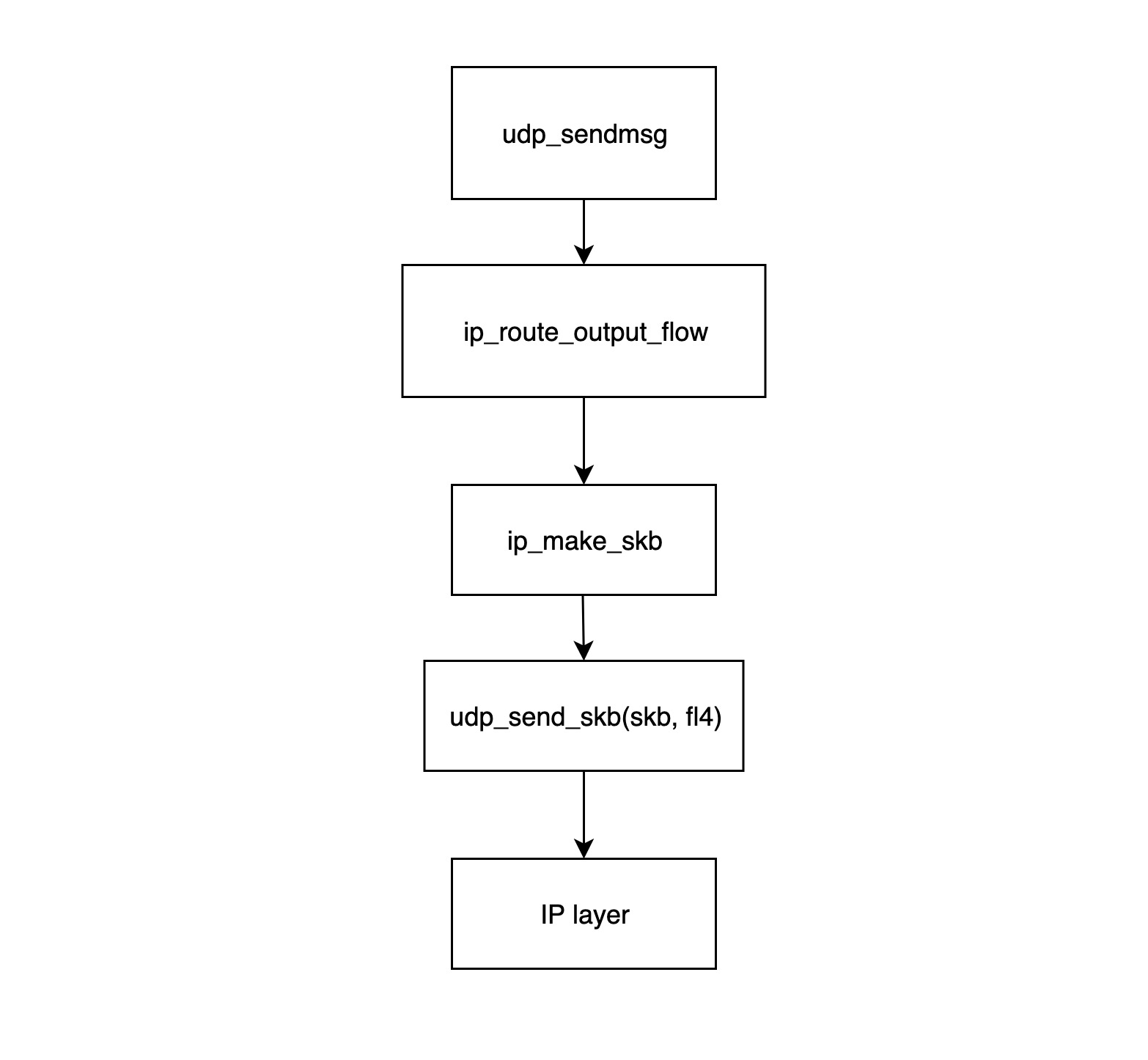 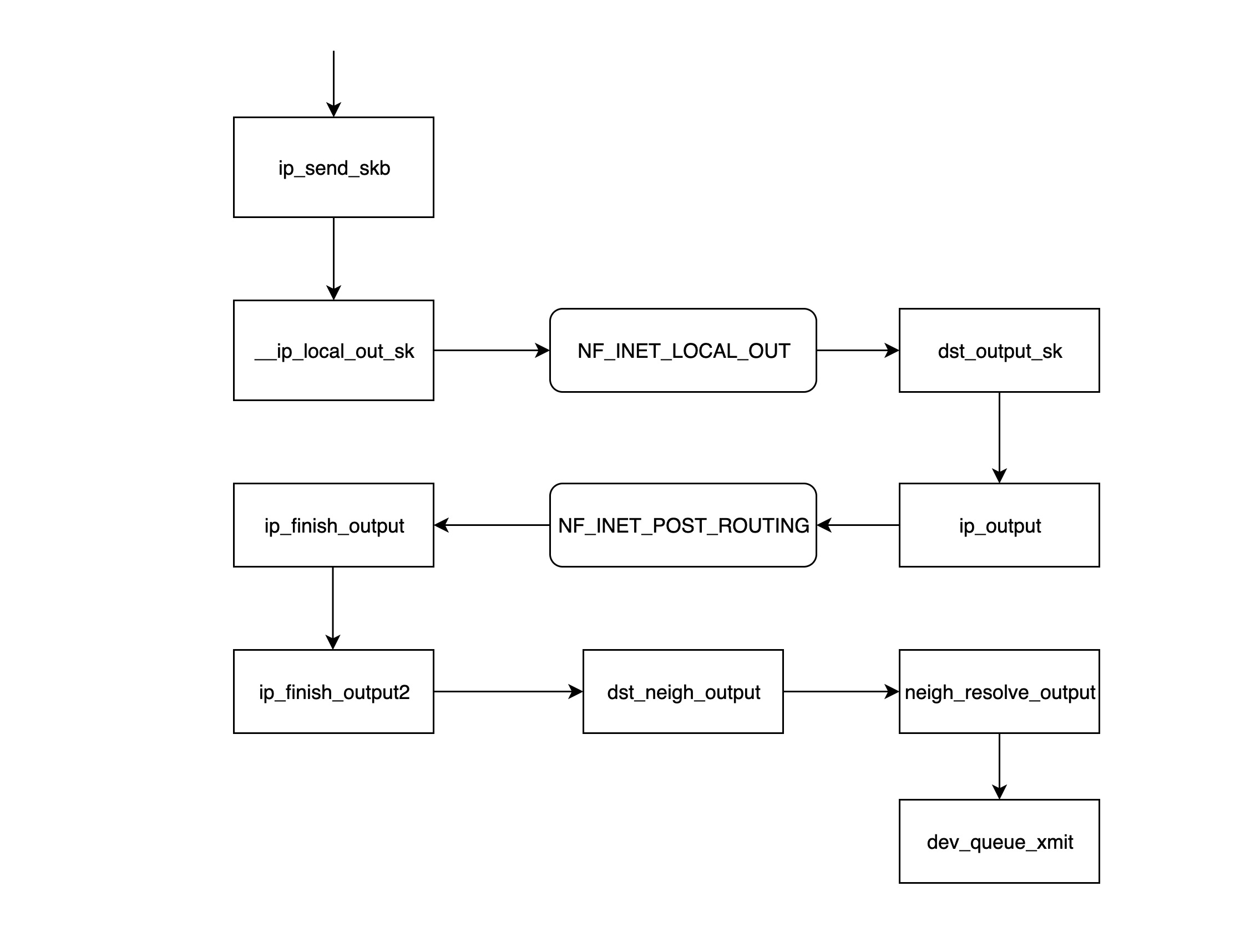 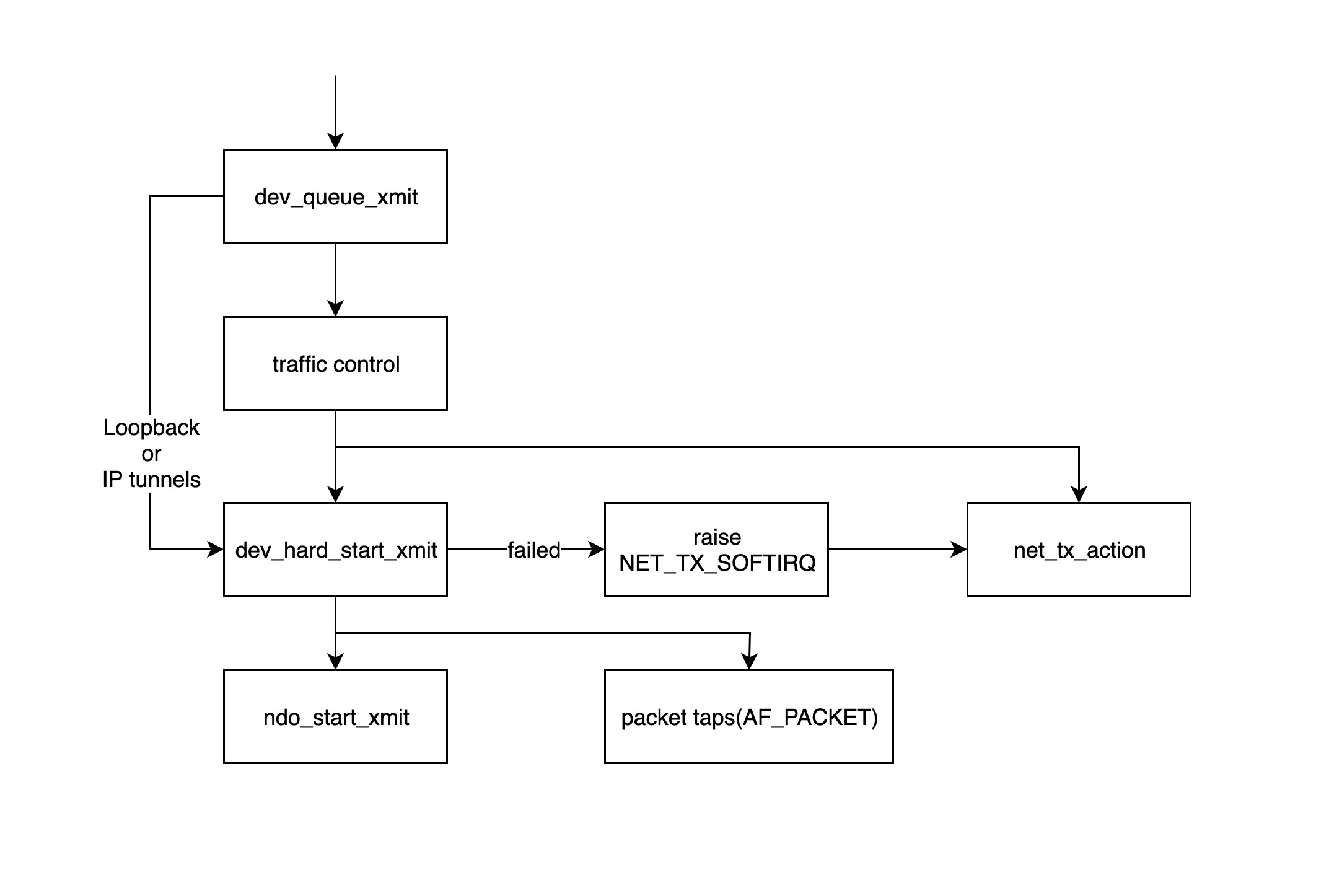 Understanding the process of receiving and sending Linux network packets, we can know where to monitor and modify packets, and in which cases packets may be dropped. In particular, understanding the location of the corresponding hook functions in netfilter will help us understand the usage of iptables, and will also help us better understand the network virtual devices under Linux.