Introduction to the concept

Since all instructions have to pass through Qemu, performance is poor.

KVM is a module for the linux kernel which requires CPU support and uses hardware-assisted virtualization technologies Intel-VT, AMD-V, memory-related such as Intel’s EPT and AMD’s RVI technologies. CPU instructions for Guest OS do not have to be translated by Qemu and run directly, greatly increasing speed. KVM exposes the interface via /dev/kvm and user-state programs can access this interface via the ioctl function. See the following pseudo-code.

The KVM kernel module itself can only provide CPU and memory virtualization, so it must be combined with QEMU to form a complete virtualization technology, which is called qemu-kvm.

Qemu integrates KVM, calling the /dev/kvm interface via ioctl and leaving the CPU instructions to the kernel module. kvm is responsible for cpu virtualization + memory virtualization, enabling virtualization of cpu and memory, but kvm cannot emulate other devices. qemu emulates IO devices (network cards, disks, etc.), and kvm with qemu enables true server virtualization. This is called qemu-kvm because it uses both of these things.

Qemu emulates other hardware such as Network, Disk, which also affects the performance of these devices, so pass through paravirtualised devices virtio_blk, virtio_net were created to improve device performance. 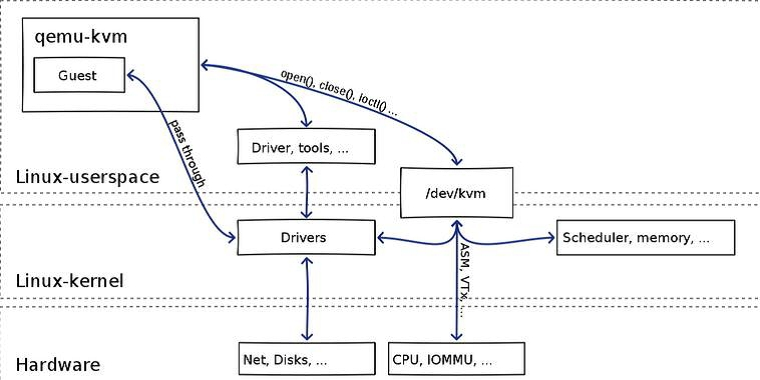 Why do you need Libvirt?

What does Libvirt offer?

Currently, libvirt is the most widely used tool and API for the management of virtual machines and some common virtual machine management tools (e.g. virsh, virt-install, virt-manager, etc.) and cloud computing frameworks (e.g. OpenStack, OpenNebula, Eucalyptus, etc.) all use libvirt’s APIs at the bottom. 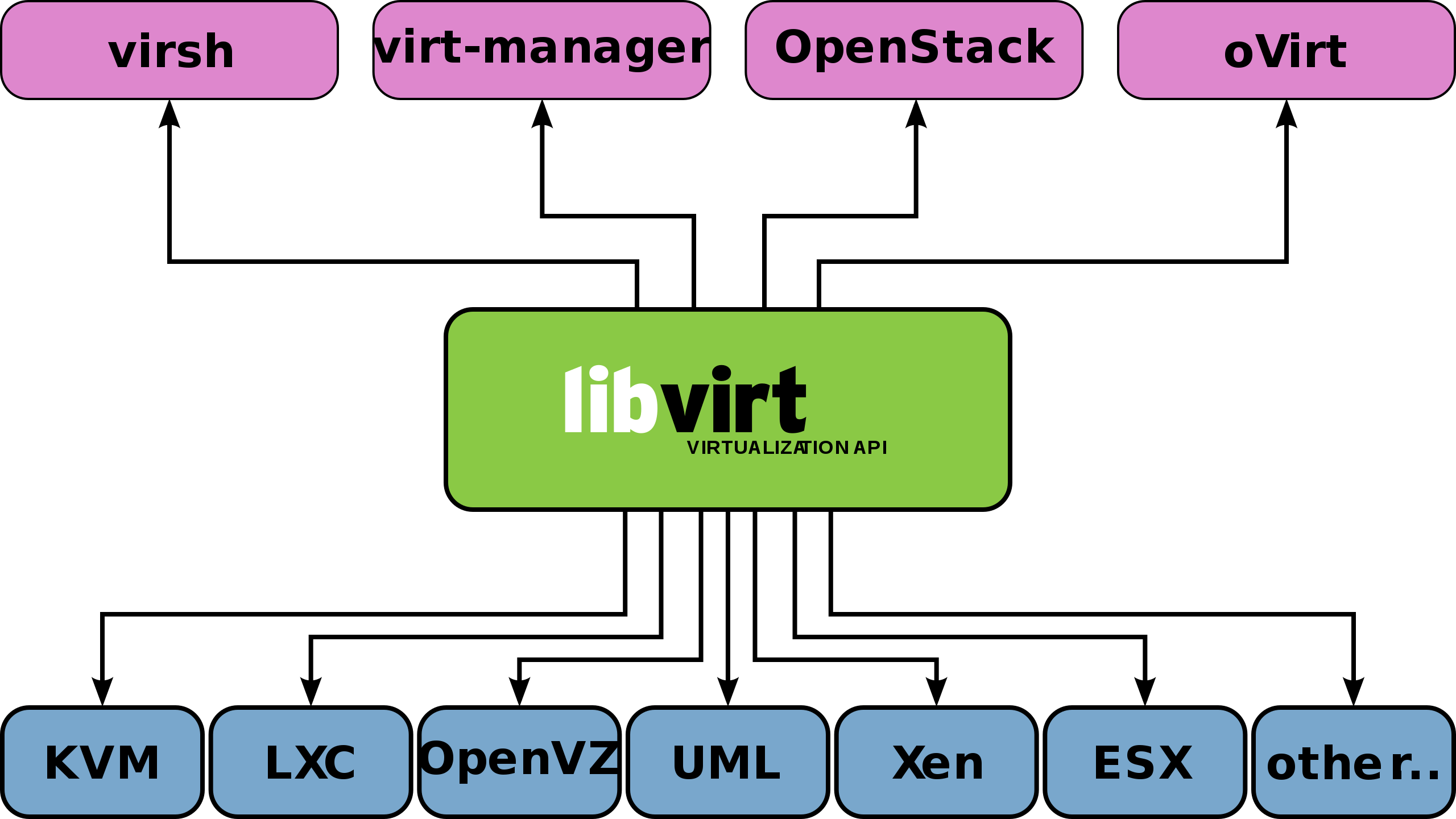 This has installed all the required software and the next step is to configure.

Shutting down the VM