On August 18, 2021, the Haiku project turns 20 years old. 20 years ago, an email with the headline “Ok, let’s start” inspired many developers and thus brought together the first Haiku team to save, maintain and grow BeOS. 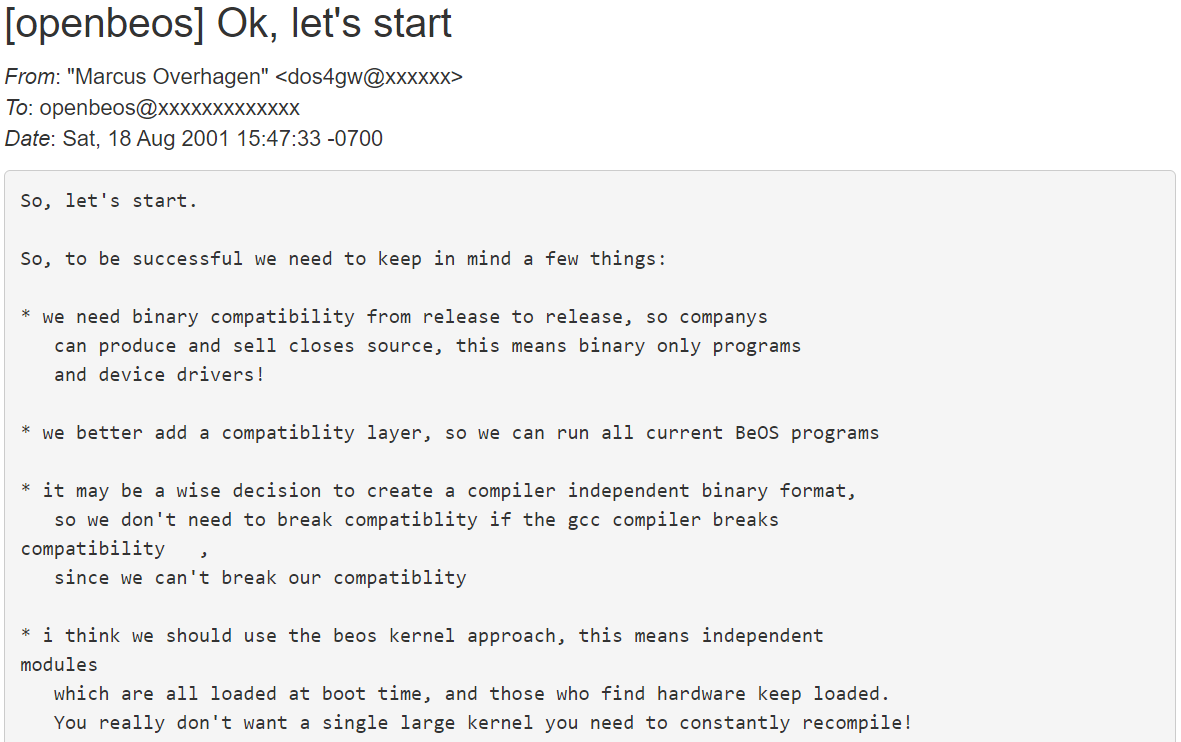 BeOS is an operating system developed by Be for multimedia use, using the then-advanced 64-bit BeFS file system, supporting multiprocessors, and with excellent multimedia performance. beOS’ GUI follows clear and clean design principles, and its API is written in C++, making it very easy to program. Although BeOS is not a Unix-derived operating system, it is POSIX-compatible. 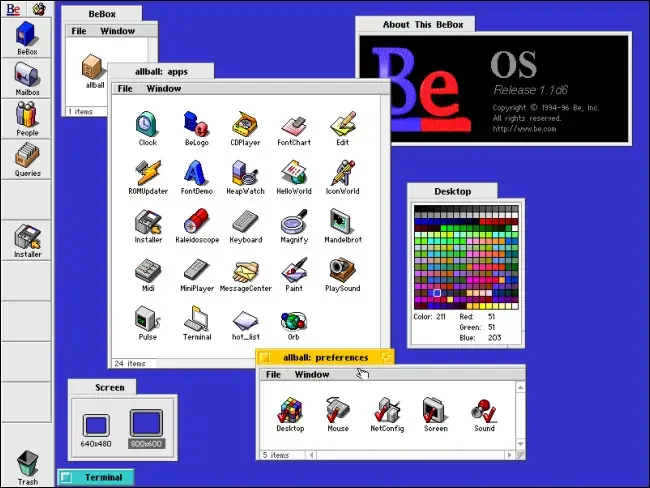 When Be was acquired by Palm in August 2001, development of BeOS ceased. on August 18, 2001, discussions began on the mailing list about creating an open source BeOS operating system, OpenBeOS. eight months later OpenBeOS released its first version, named “app_server prototype 5” (which was also the first version to support rendering windows).

In 2004, the OpenBeOS name was permanently changed to Haiku to avoid any conflict with the BeOS trademark.

Haiku is derived from the commercial operating system BeOS, and a large number of output messages in BeOS use the haiku form (Haiku is also known as haiku, a Japanese three-line poem known for its quietness, elegance, and simplicity), for example, BeOS network error messages will have the following output. Original text.

It is worth mentioning here that it took 17 years from R1 Alpha 4 to Beta 1, which means Haiku was stuck in the Alpha phase for 17 years and was thought to be out of development at one point.

Below are early photos of the Haiku team from the OpenBeOS shell days, as well as the latest screenshots of Haiku running the application today. 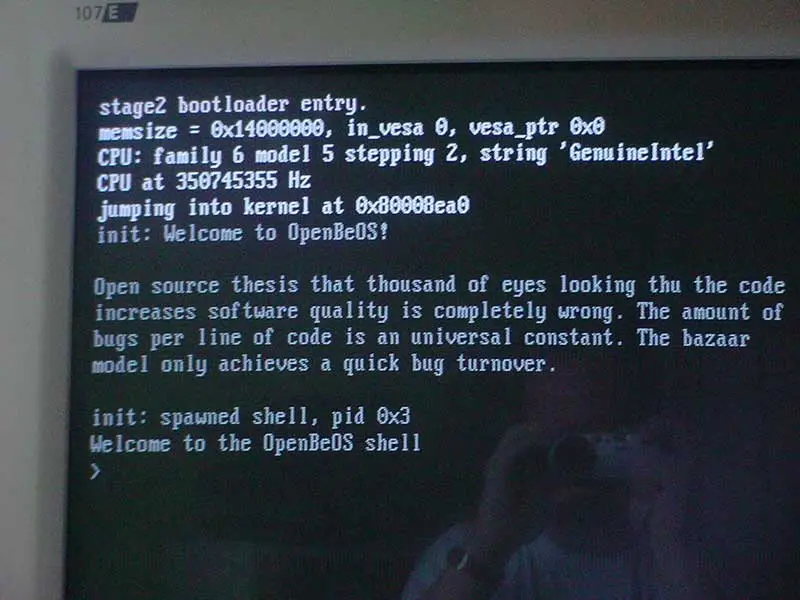 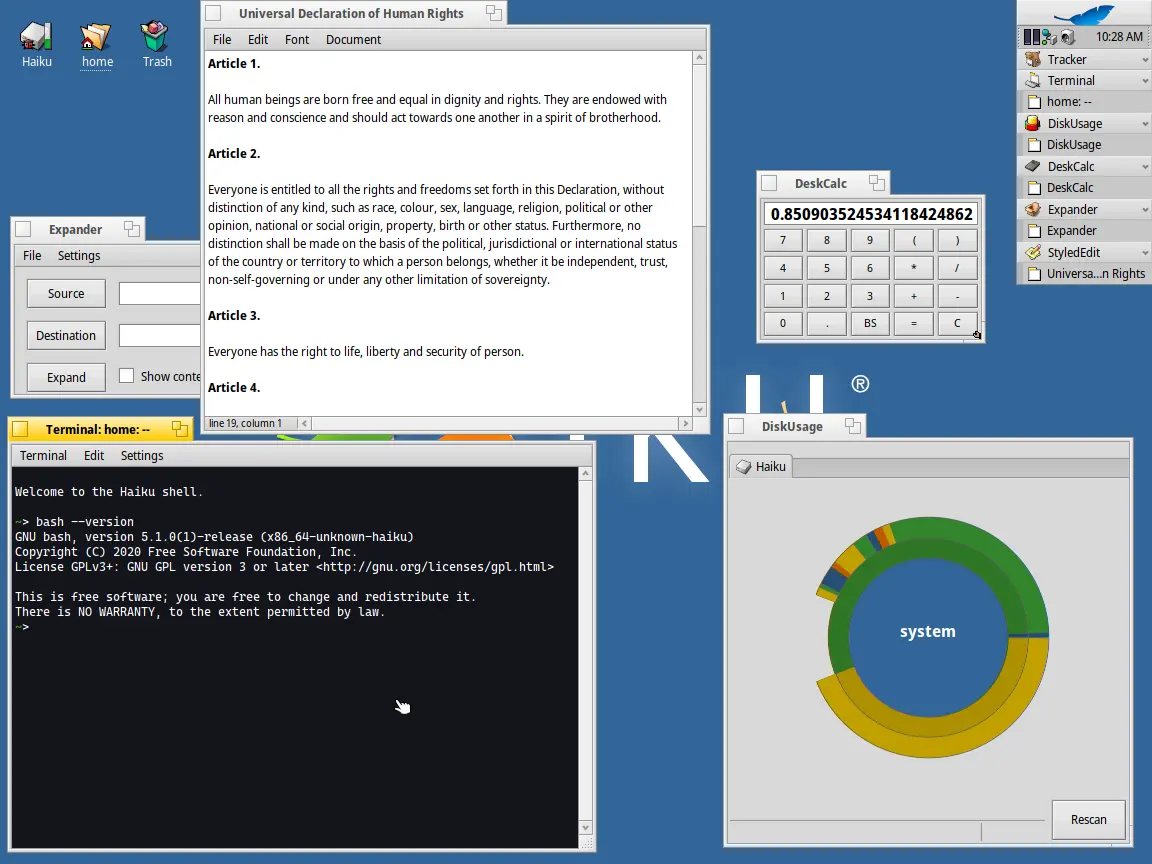 The Haiku team believes that the Haiku system is still one of the few non-Unix open source operating systems available today. Not only does it maintain binary compatibility with older BeOS code, but it has also become a robust, usable operating system.

They exclaim that dedication requires each believer to keep faith even as they experience the passage of time and energy year after year. Devotion brings challenges, but it also brings rewards. Most people claim to have the spirit of giving, but only a few are able to show it at all times in the face of adversity, and Haiku has become what it is today because of the dedication of its developers, contributors and volunteers.

For more on Haiku’s historical milestones check out https://www.haiku-os.org/about/history.