The D1 chip is here, can Dojo be far behind?

On August 19, North American time, Tesla AI Day was officially held. At the conference, Musk introduced Tesla’s software and hardware progress in the field of artificial intelligence. Among them, the Dojo D1 chip, a self-developed supercomputer, became the biggest highlight of the conference. 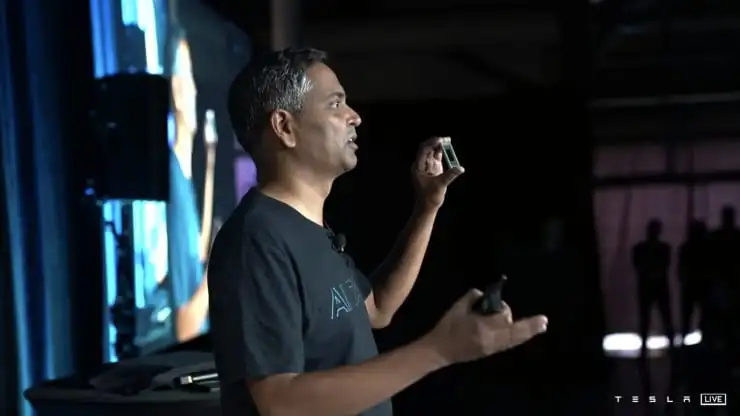 Ganesh Venkataramanan, the head of Project Dojo, took the stage to demonstrate the key capabilities of Dojo, saying that Musk wanted an ultra-fast training computer to train Autopilot. The Dojo architecture has a massive computational plane, extremely high bandwidth and low latency. The D1 chip, a key component of the Dojo architecture, is manufactured at 7 nanometers and has a processing power of 1024 billion times per second. 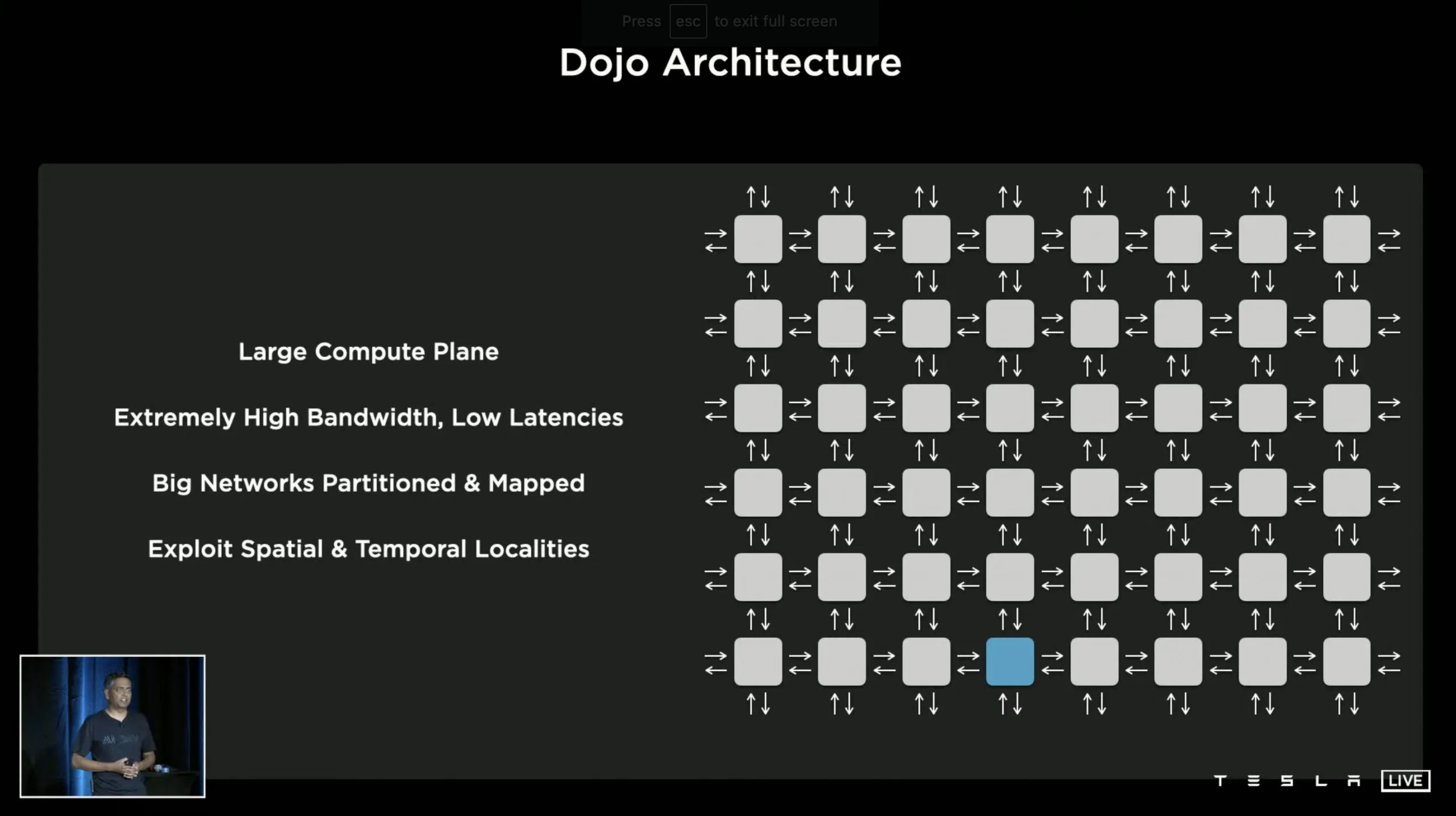 Venkataramanan, who worked for chipmaker AMD, said a group of such chips was placed on a single “training chip” to provide nine trillion calculations per second, and 120 chips were placed on multiple server cabinets to achieve more than 10 trillion calculations per second. These chips help train the model to recognize the various items collected in the Truss car cameras. Training the model requires a significant amount of computational effort. 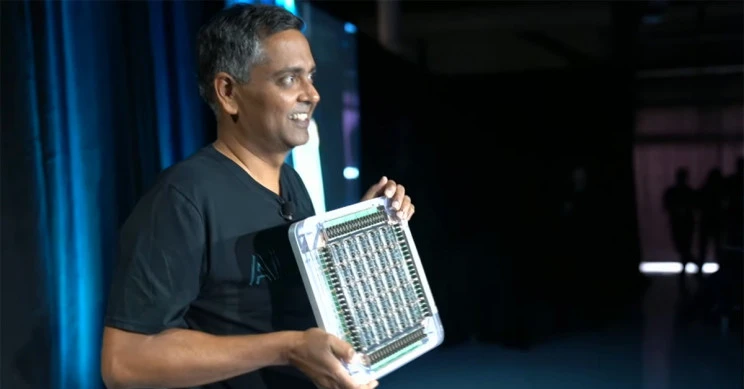 Dojo is a true machine learning architecture, with over 500,000 training nodes. Nine thousand trillion computations per second and 36tb of bandwidth per second are just the tip of Dojo’s iceberg. Even more frightening than that, the full potential of Dojo is preparing for one thing - making self-driving cars possible, and Venkataramanan believes that Tesla’s technology will create the fastest AI training computer. He also said, “Tesla will assemble the first kits soon.”

In addition, Musk said he may launch a prototype humanoid robot next year called “Tesla Robot,” a human-looking robot that will perform the jobs people dislike most, “eliminating dangerous, repetitive, boring tasks” and “having a profound impact on the economy. 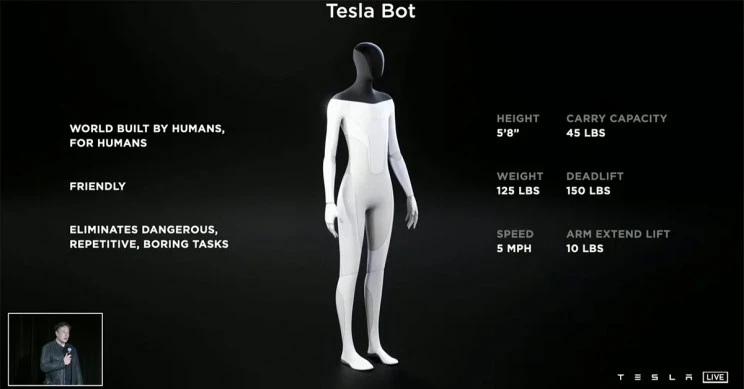 In fact, we are not surprised that Tesla is releasing the Dojo chip. In Tesla’s invitation released earlier this month, the structure of a large-scale chip module was particularly eye-catching, and there was a lot of speculation at the time that this was a special chip designed by Tesla for the supercomputer Dojo. 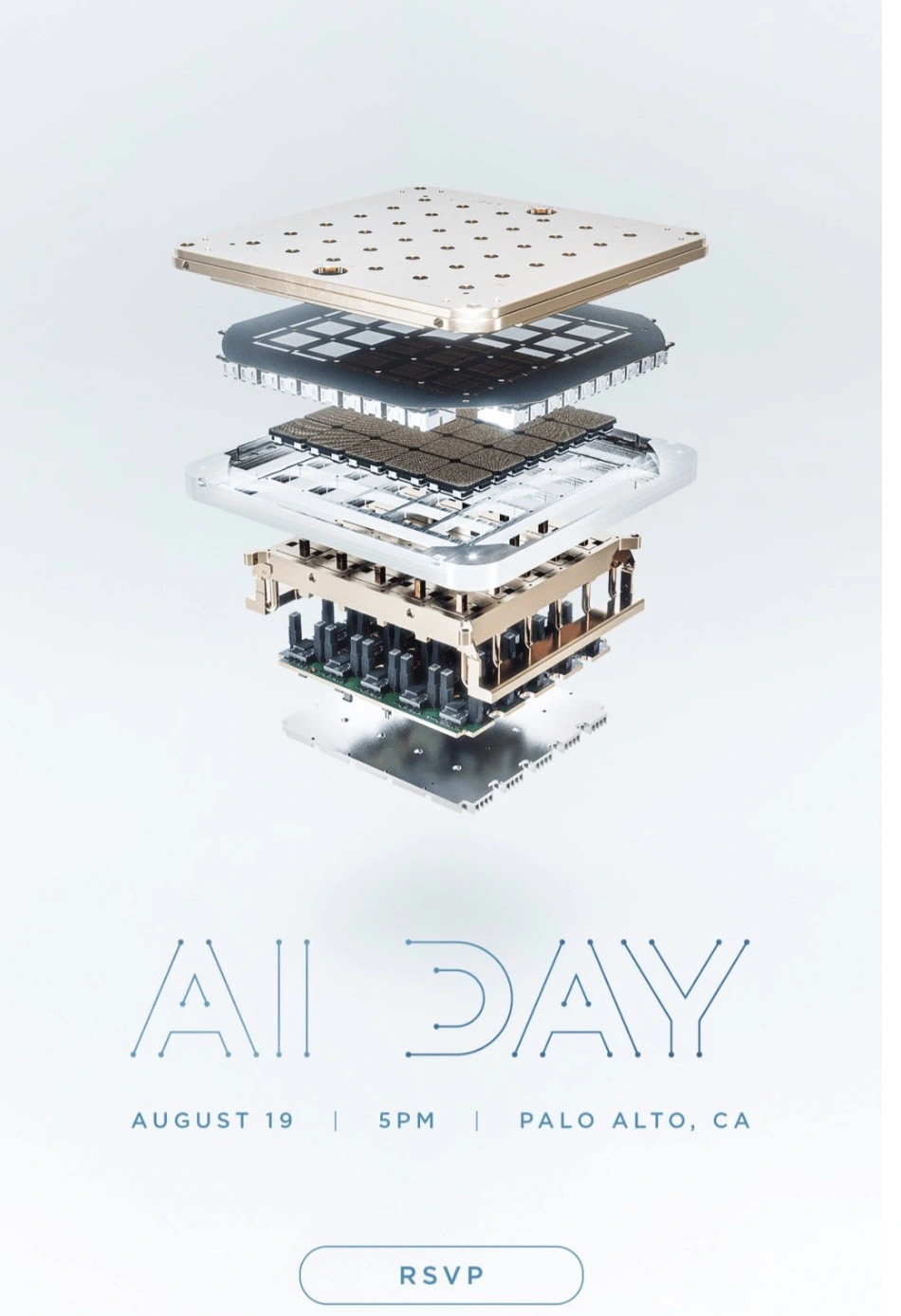 Two days before Tesla released the invitation, Dennis Hong, an expert in autonomous driving, had posted the image on his Twitter account and tagged it with Tesla AI Day. 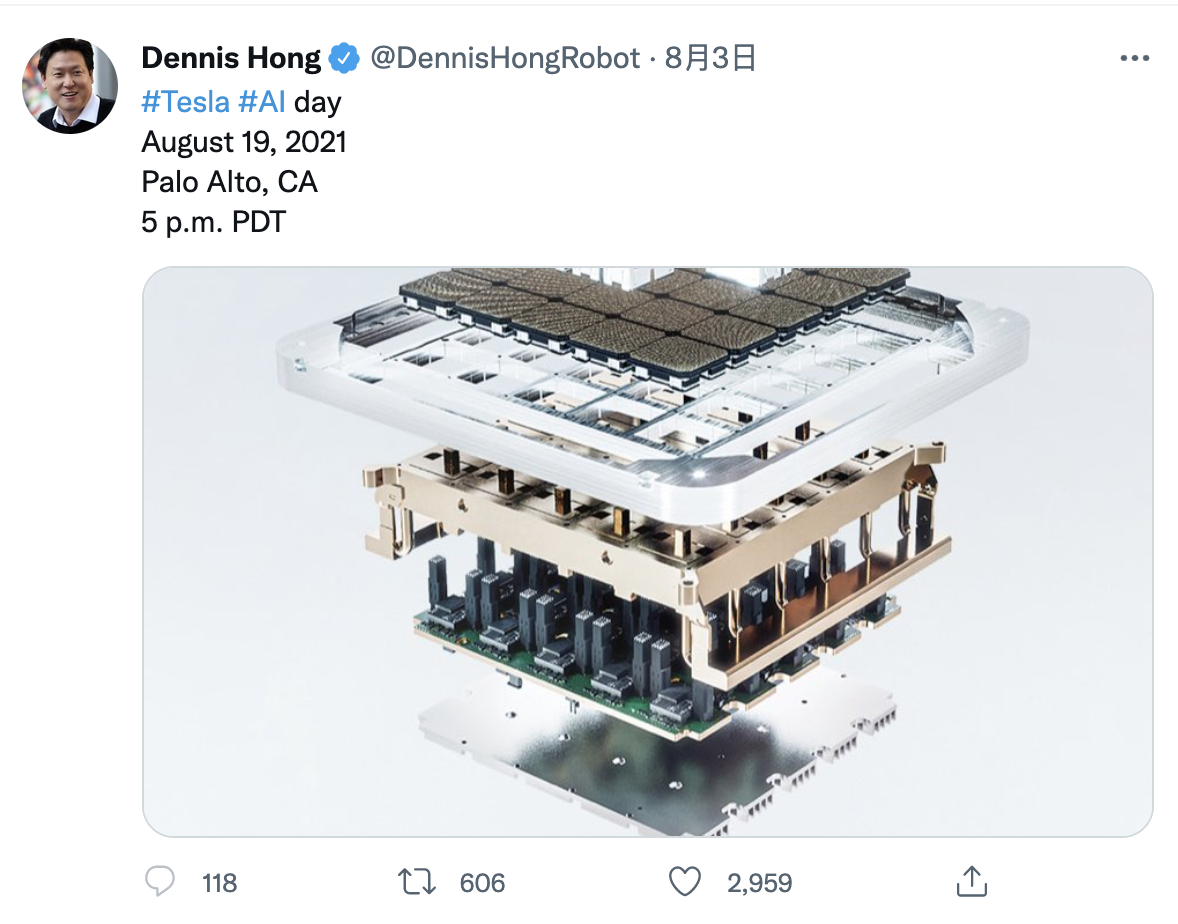 Dennis Hong is a professor in the School of Mechanical and Aerospace Engineering at the University of California, Los Angeles (UCLA) and the head of Romela’s robotics lab, whose main research interests are humanoid robotics, machine design and self-driving car research. In 2007, Dennis Hong and his team participated in the DARPA Driverless Car Challenge and won third place. They built a self-driving car based on a Ford SUV that can reach its destination without intervention and is capable of autonomous driving up to L4 according to SAE standards. In 2011, Dennis Hong gave a TED talk on the topic of “Building Cars for the Blind,” which has been very influential in the field of autonomous driving.

Teslarati speculates that Dennis Hong may have formed a private partnership with Tesla to help debug and refine the Dojo supercomputer as a non-staff expert, although neither Tesla officials nor Dennis Hong himself have acknowledged or denied this idea.

In fact, Musk mentioned Dojo back at Autonomy Day 2019 and said that Dojo is capable of doing “unsupervised” labeling and training of supercomputers using massive amounts of video (level) data. 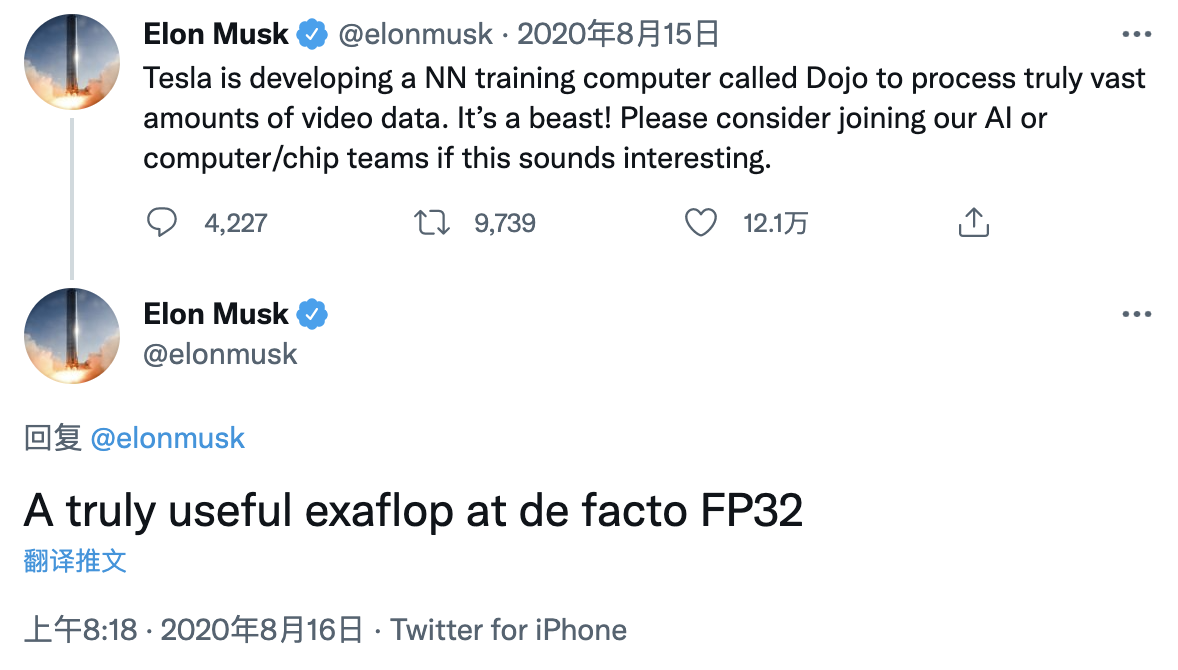 On August 15, 2020, Musk tweeted that “Tesla is developing a neural network training computer called Dojo to process large amounts of video data. At the time, Musk also hinted at Dojo’s computing power, claiming that it had exaFLOP performance, which means it could perform 1018 trillion floating point operations per second. It surpassed Japan’s Fugaku to become the world’s No. 1. 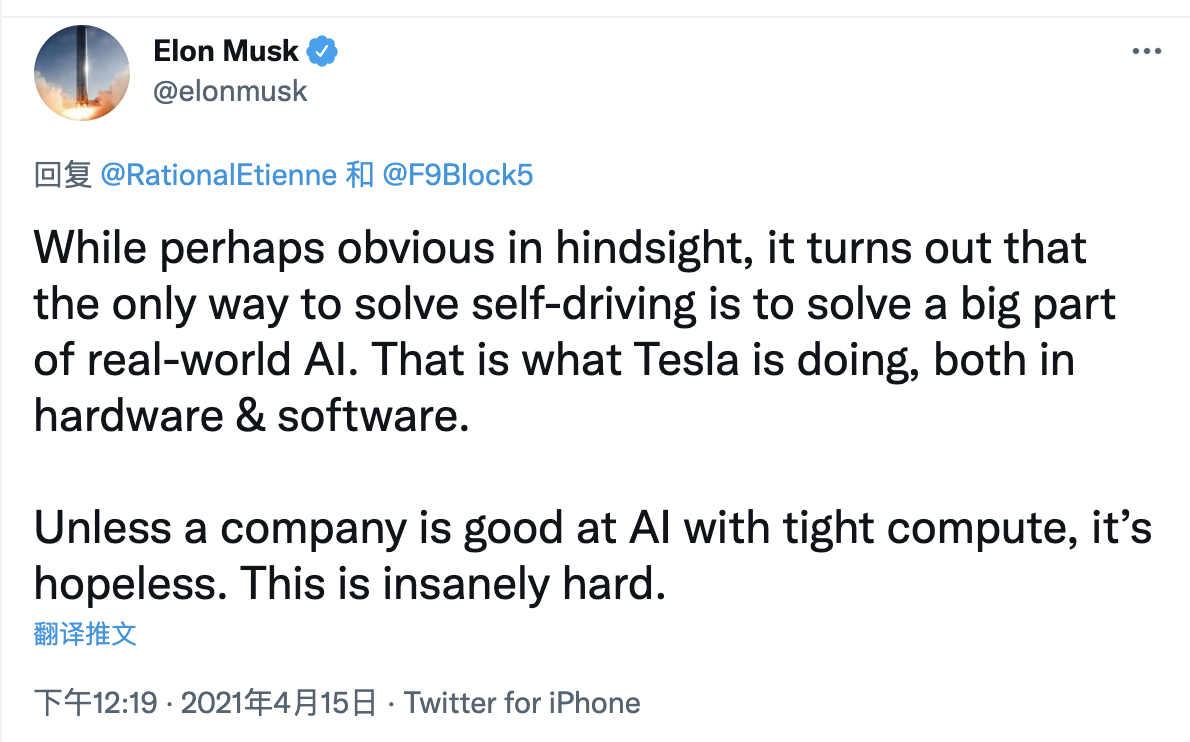 As for why we need to develop our own supercomputing Dojo, Musk has also given the answer: “The only way to solve autonomous driving is to solve real-world AI problems, both in hardware and software, and that’s what Tesla is doing. Unless a company has great AI capabilities and superb computing power, it’s hard to solve the self-driving puzzle.”

Now that the Dojo chip is here, Dojo will be operational next year, according to Musk’s plan. As for what changes Dojo will bring to Tesla and autonomous driving in the future, we’ll see.