Apollo GraphQL announced that it has raised $130 million in Series D funding; led by Insight Ventures with participation from existing investors Andreessen Horowitz and Matrix Partners. The round closes with the company valued at $1.5 billion.

Officials say they will use the funding to create groundbreaking open source graph technology that will make it faster and easier for everyone to develop applications. Data shows that 86 percent of JavaScript developers already list GraphQL as the technology they most want to learn. “Developers trust Apollo to implement their graphs, with more than 17 million open source downloads per month and more than 6 billion queries running on Apollo graphs every day. apollo has always been a developer community, and I’m proud of what we’ve accomplished together.” 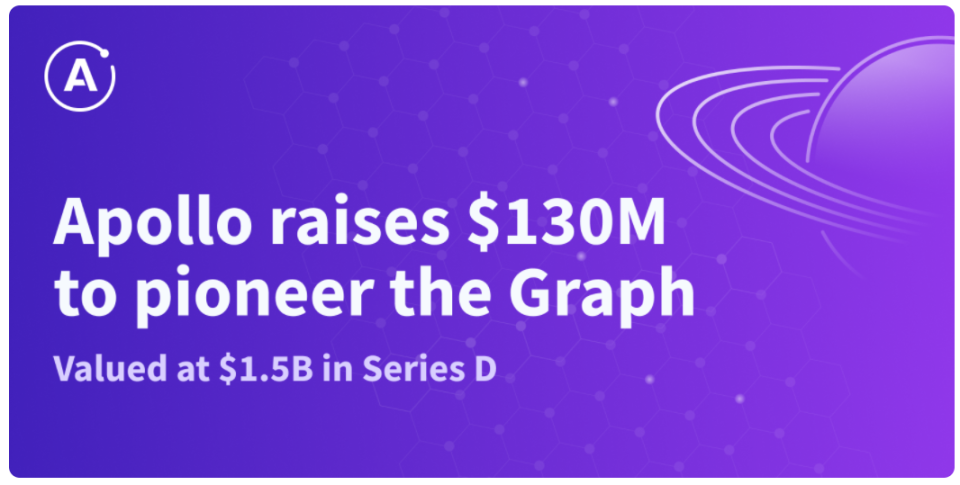 According to the introduction, Apollo Graph’s “Data Graph Platform” was founded in 2011; it is based on the GraphQL query language, which application developers use to build “data graphs” on top of existing application interfaces to speed development and response time. Apollo is positioning GraphQL as a core component of a new technology stack that enterprises are building to unify data and services. It essentially creates a virtual view that can be queried with a single statement. Developers can also get a single view of data types, services and usage patterns.

The announcement states that after the completion of this round of financing, the company will be committed to.