The report is based on a global survey of 200 IT and DevOps leaders from companies employing at least 1,000 people, 75% of whom hold VP and above positions. 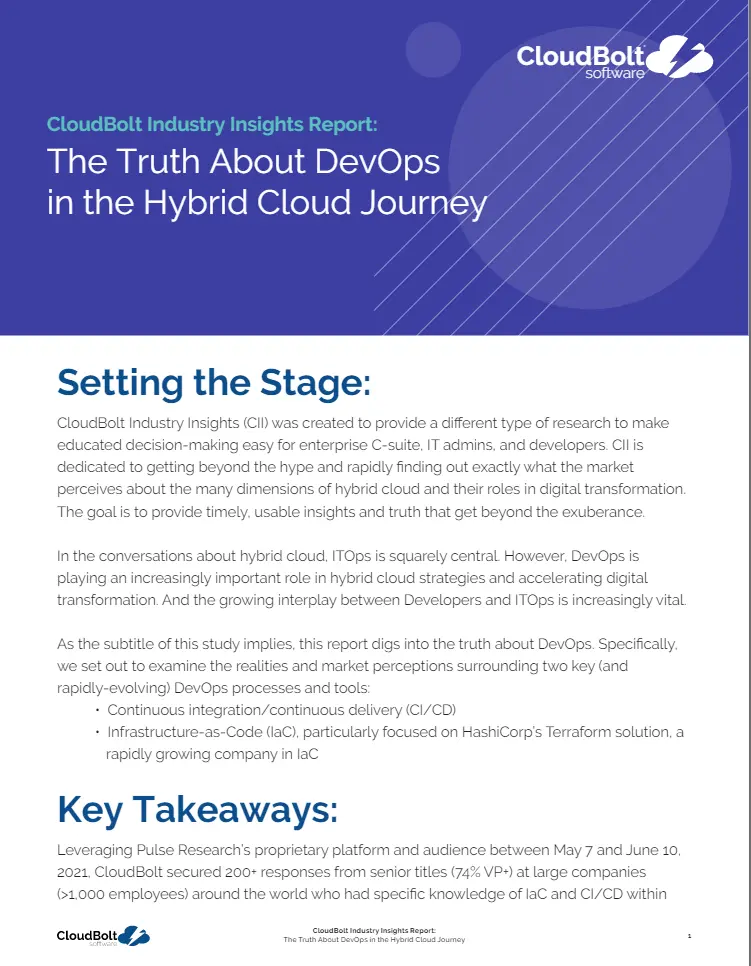 In the report, CloudBolt states that “CI/CD has evolved to the point where it is now widely accepted as the best approach to modern application development and deployment. Although the concepts behind CI/CD have been around for decades, most organisations are still in their infancy.”

One of the well-known promises of CI/CD is that it can deploy applications multiple times per day; however, only 5% of respondents actually achieve this, with the majority (85%) stating that their organisation only deploys code once a week or once a month.

53% said that proactive detection of infrastructure issues was a challenge; and 55% said that it was difficult to create a consistent CI/CD pipeline environment across multiple development teams. Overall, respondents identified three factors that hinder reliability including lack of automation, consistency and proactivity.

They felt that reliability could be improved by automating to speed up configuration (70%), continuously detecting infrastructure issues to reduce testing challenges (62%) and proactively simplifying the fixing of infrastructure issues (56%). “Only by creating better speed, awareness and remediation can CI/CD ultimately deliver on its promise.”