The Haiku project team has announced the hiring of an existing contributor, waddlesplash, on a full-time basis to work on the overall improvements to Haiku. The contract was signed on 23 August 2021 and waddlesplash has been working on Haiku since Tuesday. 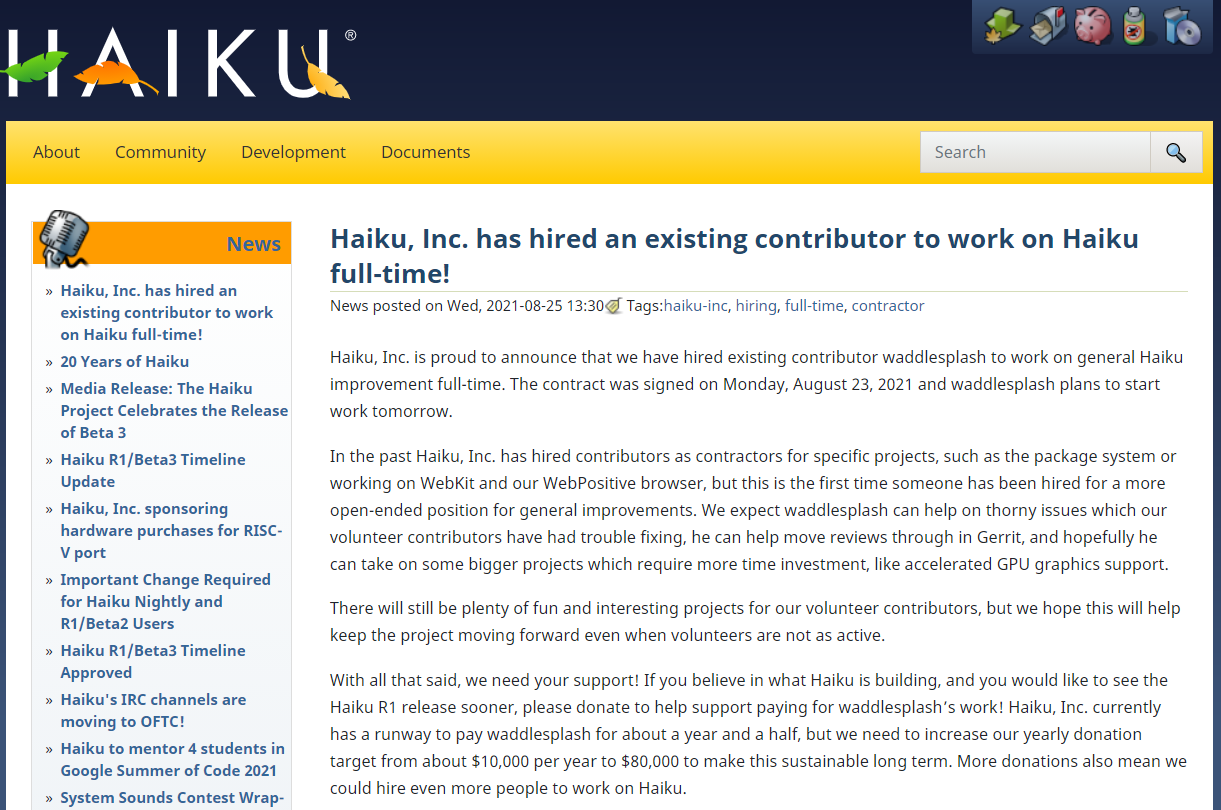 Haiku has hired contributors as contractors for specific projects, such as package systems or work on WebKit and WebPositive browsers, but this is the first time someone has been hired in a more open position to work on overall improvements.

The project team says they hope that waddlesplash will help solve tricky problems that volunteer contributors struggle with, help move reviews forward in Gerrit, and that he will be able to take on larger projects that require more time, such as support for accelerated GPU graphics.

Of course, there are still many interesting projects for volunteer contributors to work on, and one of the reasons the Haiku team hired a full-time developer was so that he could help move the project forward even when volunteers were less active.

Finally, the Haiku team says it needs support and is asking for donations to the project. While the current funding will cover waddlesplash’s salary for about a year and a half, it will require them to increase their annual donation goal from about $10,000 to $80,000 to maintain ongoing salary expenses over the long term.