In a blog post, James Reinders, Intel’s long-time compiler expert, revealed that they will be using the LLVM open source infrastructure for the next generation of Intel C/C++ compilers; and shared some information about it.

“LLVM helps us achieve our goal of providing the best C/C++ compiler for the Intel architecture. The latest Intel C/C++ compilers use LLVM to provide faster compile times, better optimizations, enhanced standards support, and support for GPU and FPGA offloading …… The benefits of using LLVM are many and I will provide recommendations for upgrading from a classic compiler to an LLVM-based compiler. We are committed to making it as seamless as possible while bringing numerous benefits to developers using Intel compilers.”

In terms of build time, Intel engineers report that the new LLVM-based oneAPI DPC++/C++ Compiler 2021.3 has a 14% reduction in build time compared to their classic C++ compiler. While the classic Intel C++ compiler is consistently faster than the upstream LLVM and GCC, the oneAPI DPC++/C++ Compiler 2021.3 delivers 41% faster performance than GCC 11.1. And the new LLVM-based compiler delivers about 19% higher floating-point performance than ICC. 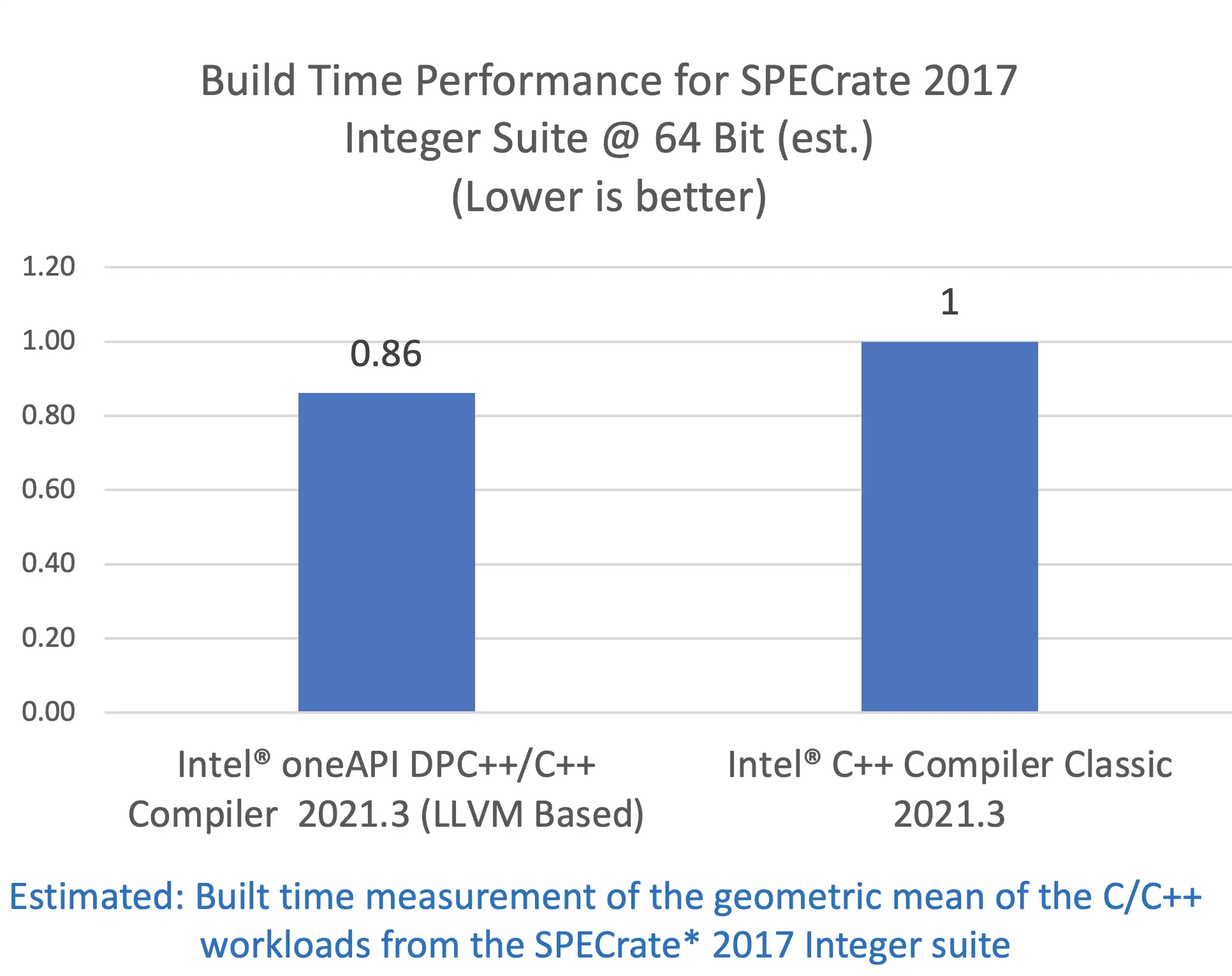 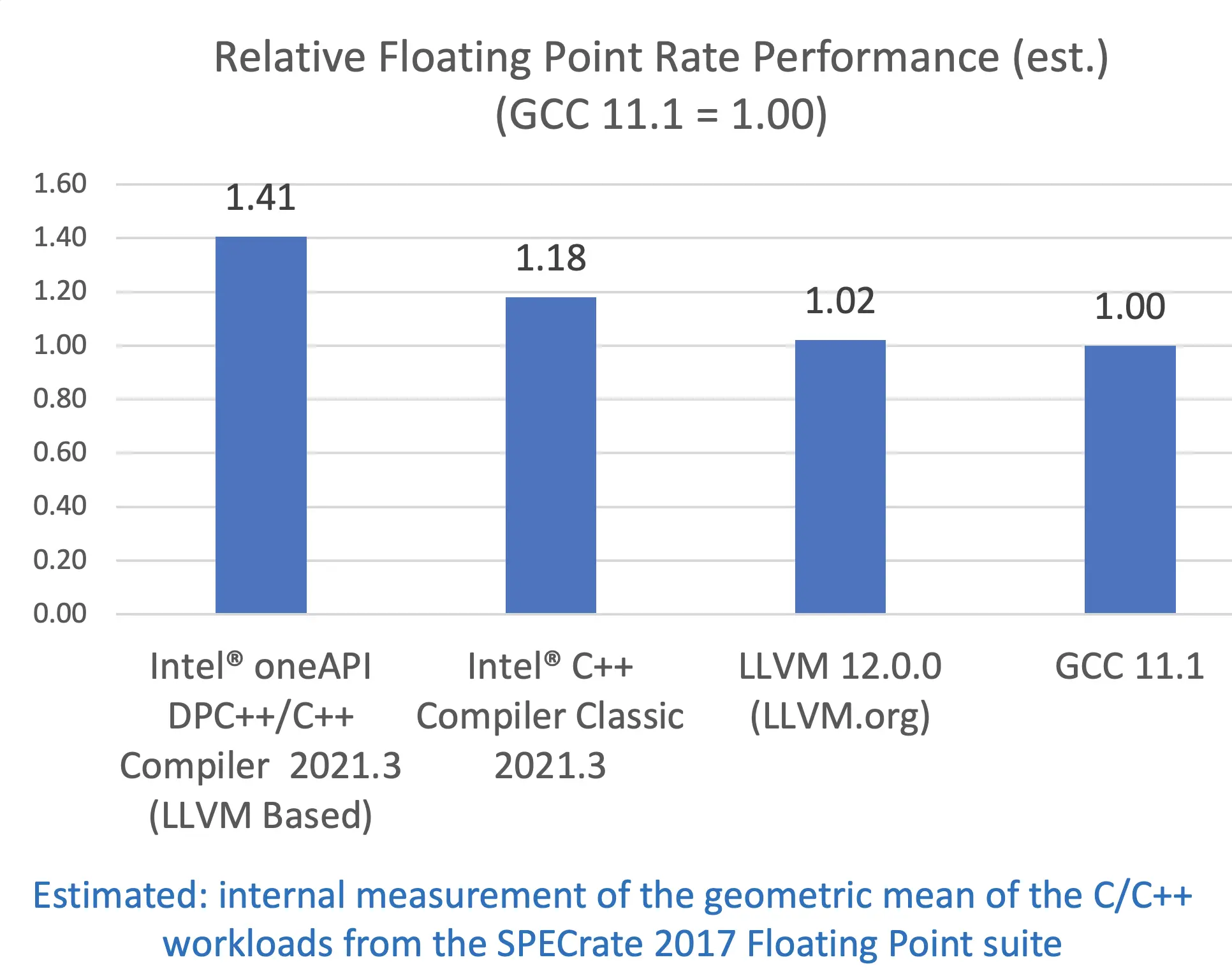 James said they are focusing on new features and hardware support in the LLVM-based compiler. This includes adding highly optimized support for GPUs and FPGAs, while continuing to work on providing CPU optimizations. Their LLVM-based compiler will support SYCL, C++20, OpenMP 5.1 and OpenMP GPU target device support.

“We encourage users to take advantage of faster build times, higher level optimizations and new features by moving to our LLVM-based C/C++ compiler now. Intel has a long-standing commitment to LLVM to aid in continued innovation and our relentless pursuit of industry-leading optimizations.”

James said that at some point in the future, the classic C/C++ compiler will enter “Legacy Product Support” mode. This marks the end of regular updates to the classic compiler base, which will no longer appear in the oneAPI toolkit.

“The new LLVM-based Intel C/C++ is now on par with the classic version, and LLVM-based C/C++ offers the best optimization technology we have. We recommend that all users try the new C/C++ compiler now, enjoy the benefits and provide feedback.”

More details can be found on the official blog.