Pine64 (the company behind the Pinebook Pro and PinePhone) announced will launch the PineNote, a high-end e-ink screen device based on the Quartz64 single-board computer. The company says the PineNote is one of the most powerful e-ink devices on the market; it can be used as an open-source alternative to more expensive counterparts such as Remarkable 2 and Onyx BOOX. 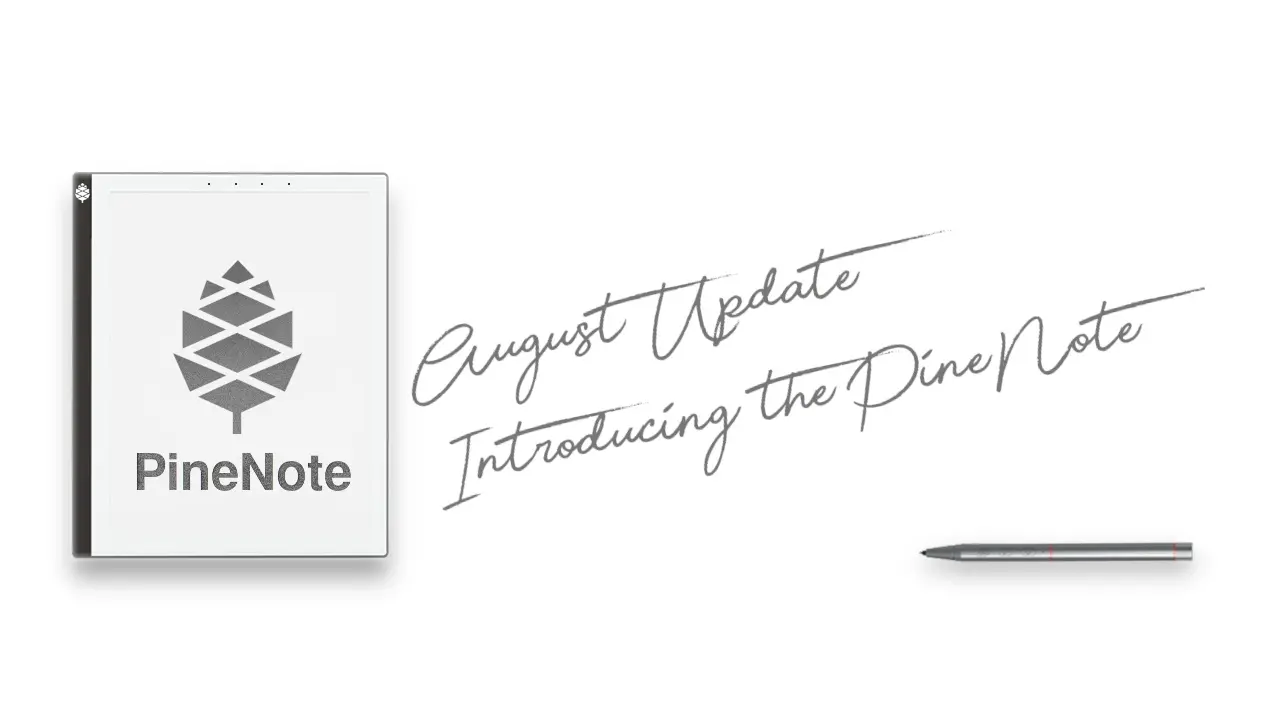 According to the description, the PineNote is powered by the RK3566 quad-core A55 system chip paired with 4GB of LPDDR4 memory and 128GB of eMMC flash memory. It also comes with two microphones and two speakers, a USB-C port for fast charging and data, and 5Ghz AC WiFi; the e-ink panel is covered by scratch-resistant and glare-reducing hardened glass. The entire assembly is just over 7mm thick, which is about 1mm thinner than the Kindle Oasis 3.

The most important part of the device, the e-ink screen is 10.3 inches in size, has a refresh rate of 60Hz, a resolution of 1404 x 1872, and can display 16 levels of grayscale. It has a front light that adjusts from cool (white) to warm (amber) light to reduce eye strain. There is a capacitive glass layer on top (for finger touch input) and a Wacom EMR (for EMR pen input).

The company says it will sell an EMR pen designed specifically for this device; there is an LED power on/off indicator, a page up/down button, and an eraser button. But users can also opt out of the official pen, as the device is compatible with any pen that supports Wacom’s EMR standard and is supported by the Linux kernel. Pine64 plans to offer the PineNote to early tasters later this year for $399. This batch will come with a magnetic case (used with an onboard Hall sensor to put the device to sleep) as well as an EMR pen. After the taster, the case and pen will be sold separately.