Usage by version of C#

As you can see, C# 5 and 6 usage has remained the same compared to last year, but it appears that some C# 7 users have migrated to version 8, or version 9. The chart above does not accurately illustrate the migration path of users to the framework, but judging from the change in percentage, it is believed that most developers are upgrading from C# 7 to C# 9.

For this data, Khalid Abuhakmeh from JetBrains believes that while developers are aiming to use the new version of C#, they are not immediately using all the language features.

NET Cores usage has remained stable since last year. NET Framework has declined by about 13% – probably because some users have migrated to .NET 5 and because the name change from .NET Core to .NET has confused many users. Also, last year’s survey did not separately count .NET 5, which is currently used by about a third of developers. This shows that .NET is still a powerful and mature platform for developers. 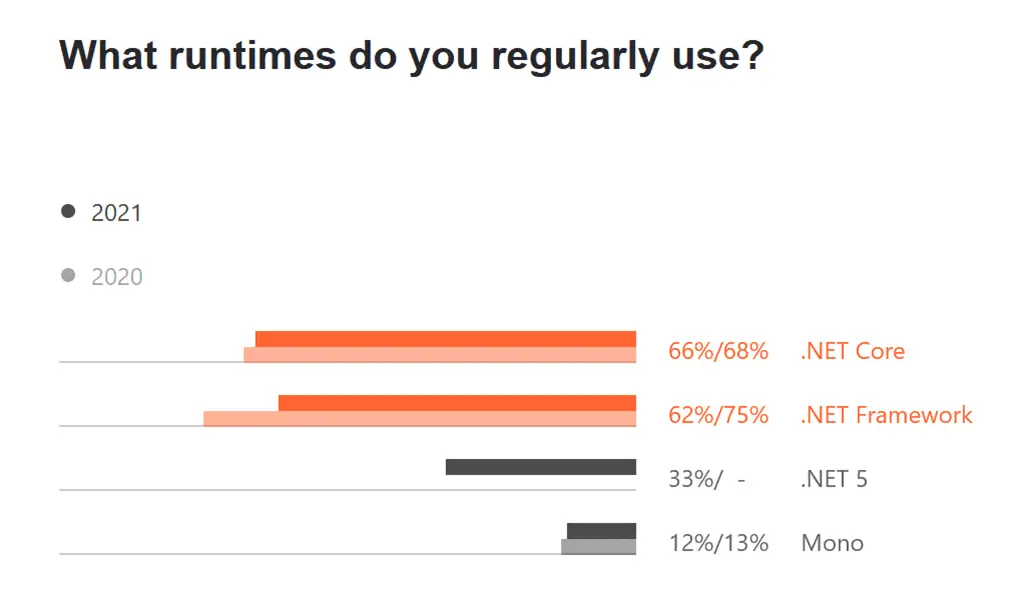 There is no doubt that Visual Studio is the most popular IDE for .NET developers, and of course, there are many developers using Rider. And a recently released StackOverflow survey shows that Rider is one of the top 3 most popular tools. So developers who use Rider definitely do so out of preference.

Use of performance or diagnostic tools 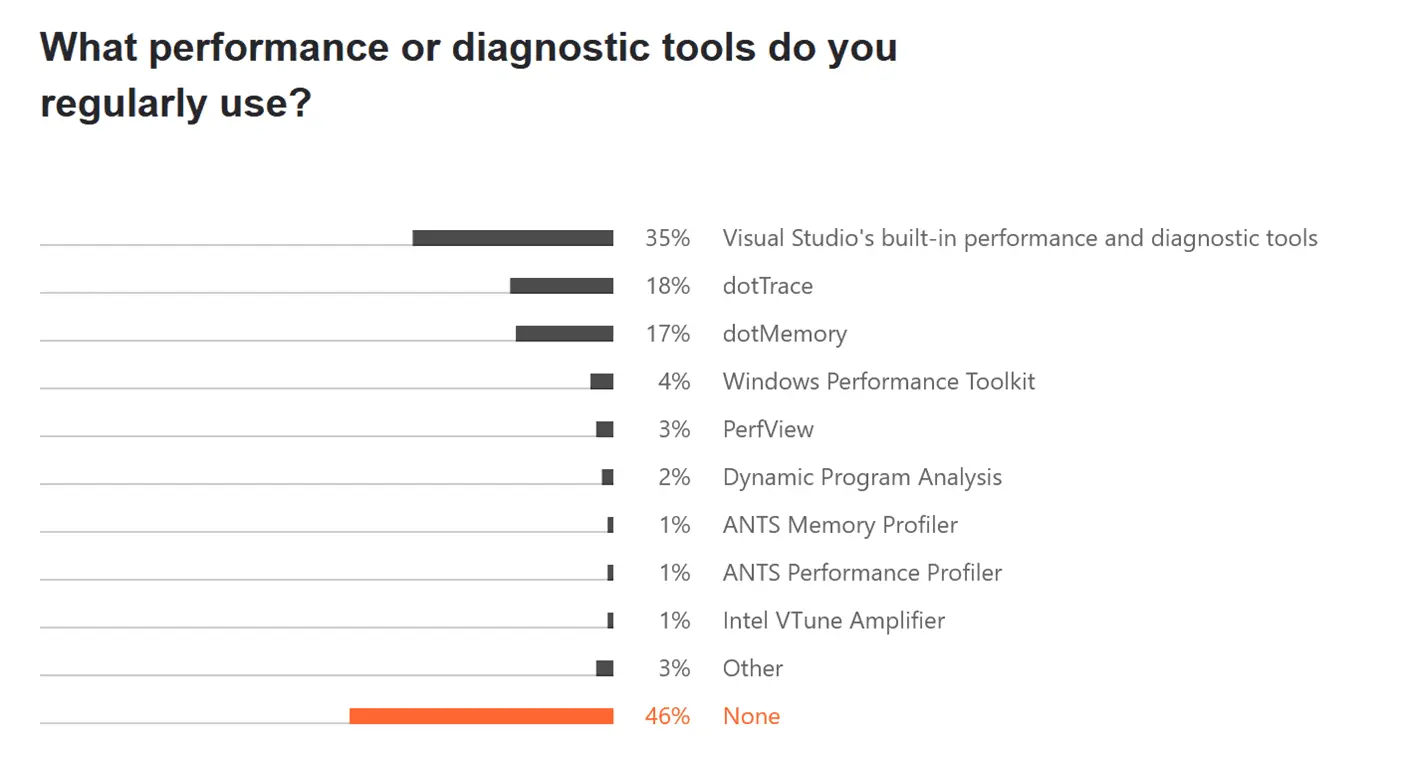 For developers using such tools, the tools built into Visual Studio are still the primary option of choice, followed by tools like dotMemory and dotTrace.

Overall, the .NET community seems to have remained relatively stable in terms of trends and product usage from last year to this year. For more information, check out the full Developer Ecology Report.