A lawsuit that has been going on for nearly 20 years and was thought to threaten the very existence of Linux has finally come to an end.

By 2001, IBM decided that Linux was the future and withdrew from the ‘Monterey’ project and bought out some of the companies involved. By this time, IBM had created its own experimental UNIX-like operating system, AIX, which used some of SCO’s code. When the “Monterey” project was abandoned, IBM contributed some of the project’s intellectual property to Linux.

SCO objected to IBM’s contribution because SCO felt that IBM was giving its assets to the open source Linux code base. Since then, a long and shocking lawsuit has been underway.

In 2003, SCO filed a series of lawsuits against Linux vendors such as IBM, alleging that the source code contributed to the Linux kernel by IBM and others used its System V source code, in violation of copyright. However, SCO refused to identify specific pieces of code, claiming that this was a secret they would only reveal to the court, stating that the “stolen” code could be found in the SMP, RCU and Linux kernels.

On 6 March 2003, SCO announced that it was suing IBM for $1 billion, claiming that IBM had transferred SCO’s trade secrets to Linux, an amount that later rose to $3 billion and then to $5 billion. 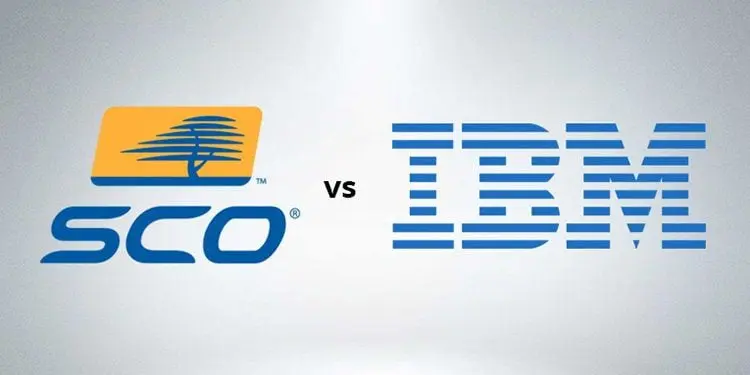 SCO has since filed lawsuits and claimed substantial monetary damages against companies such as Hewlett-Packard, Microsoft, Novell, Silicon Graphics, Sun Microsystems and Red Hat. Five of the better known lawsuits include.

In these cases, SCO openly implied that others were also infringing copyright, including not only Linux developers but also Linux users.

The reason the cases have gone on for so long is that the rewards of winning the case are very lucrative - an eventual victory for SCO would mean the opportunity to gain partial ownership of Linux. Given that Linux is used by billions of smartphones every year and is at the heart of countless other devices, the resulting royalties could be huge. And if SCO were to win, not only would IBM have to pay $5 billion, but all companies would be stuck with a huge payout for using Linux.

But this “dream” of SCO seems to have been dashed. After 18 years, the lawsuit is finally coming to an end. Documents filed with the Delaware Bankruptcy Court last week show that IBM will only have to pay a settlement of $14.25 million to end the matter.

While the SCO Trustee believes that they will ultimately prevail in their claim against IBM, there is also the possibility that IBM will be successful in its defence or counterclaim, so settlement is the option that maximises the benefits.