A decorator is a high-level Python syntax. It can be used to process a function, method, or class. In Python, we have several ways to process functions and classes. Compared to other ways, decorator syntax is simple and the code is highly readable. As a result, decorators have a wide range of applications in Python projects. Decorators are often used in scenarios with tangential requirements, some classic ones are inserting logs, performance testing, transaction processing, web permission checking, Cache, etc. 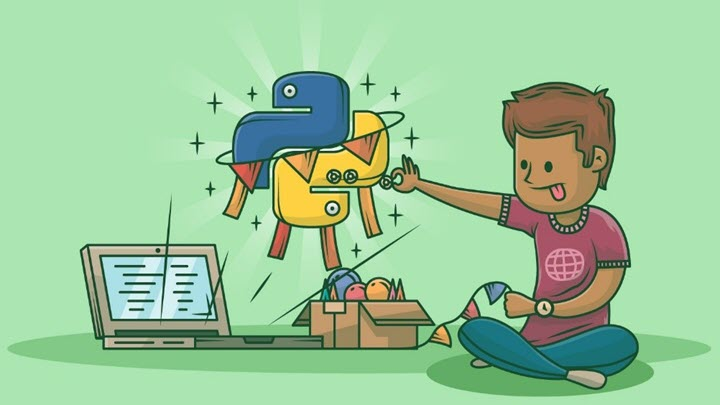 The advantage of decorators is that they can extract a large amount of code from functions that are not related to the function itself and continue to reuse it. That is, functions can be “modified” to behave completely differently, effectively orthogonalizing the business logic. In a nutshell, the role of a decorator is to add additional functionality to an already existing object. For example, for logging, you need to log some functions. The dumb way, adding code to each function, is sad if the code changes. The decorator approach, define a decorator that specializes in logging and decorate the functions that need it.

The rationale behind decorators

In Python, decorator implementations are very convenient. Here’s why: functions can be thrown around.

To understand decorators, you must first know that in Python, functions are objects. It’s important to understand this, and let’s see why with an example.

Another interesting feature of Python functions is that they can be defined within another function body.

As you just learned, Python functions are also objects, so.

So, this means that a function can return another function that.

Since it is possible to return a function, it is also possible to pass it as a parameter.

All the basics of understanding decorators are now available. Decorators are also known as wrappers, they allow you to execute other code before or after the execution of the decorated function, and they do not require modifications to the function itself.

Let’s rewrite the previous example using the syntax of a decorator.

Yes, that’s it, it’s that simple. @decorator is just a shortcut of the following statement (shortcut).

Decorator syntactic sugar is actually a Python-ified variant of the decorator pattern. To facilitate development, Python has several classic design patterns built in, such as iterators. Of course, you can also use decorators in a stack:

The order in which the decorators are placed is also important:

The pre_str above is a decorator that allows parameters. It is actually a function wrapper around the original decorator and returns a decorator. We can think of it as a closure with environment parameters. When we call it with @pre_str(’^_^’), Python is able to discover this layer of wrapping and pass the arguments to the decorator’s environment. The call is equivalent to.

One of the great things about Python is that methods and functions are really the same, except that the first argument to a method should be a reference to the current object (i.e. self). This also means that you can create decorators for methods in the same way, as long as you remember to take self into account.

Of course, if you want to write a very generic decorator that can be used to decorate arbitrary functions and methods, you can ignore the specific arguments and just use *args, **kwargs.

Python has three types of decorators that we often use, property, staticmethod, and classmethod, and they all have one thing in common: they act on top of class methods.

property decorators are used for functions in classes, allowing us to access the return value of a function in the same way as a property.

In the example, we get the return value of the full_name method like a property, which is the point of using property decorators, both to get the value like a property and to do some operations while getting the value.

The staticmethod decorator is also used for methods in classes, which means that the method will be a static method, meaning that the method can be called directly without instantiation, but it also means that it has no self argument and no access to the instantiated object.

classmethod is still a method used in a class, which means that it will be a class method, meaning that it can be called directly without instantiation, but it also means that it does not have a self argument and cannot access the instantiated object. The difference compared to staticmethod is that it takes a cls argument to the class itself.

A function has not only its execution statement, but also attributes such as __name__(function name), __doc__ (description document), etc., which our previous example will cause to change.

The core role of decorators is name binding. this syntax is another manifestation of Python’s multi-programming paradigm. Most Python users don’t really need to define decorators, but are likely to use them. Given the widespread use of decorators in Python projects, it is useful to understand this syntax.

Design patterns are a big word in the computer world. If you’re a Java programmer and you don’t know anything about design patterns, I bet you’ll have a tough time getting a job interview.

But when writing Python, we rarely talk about “design patterns”. Although Python is also an object-oriented programming language, its duck type design and excellent dynamics dictate that most design patterns are not necessary for us. So many Python programmers may not really apply several design patterns after working with them for a long time.

The exception is Decorator Pattern. Because Python’s “decorator” and “decorator pattern” have the same exact name, I’ve heard more than once that people treat them as the same thing and think that using “decorator " is practicing the “decorator pattern”. But in fact, they are two completely different things.

“The Decorator Pattern is a programming technique based entirely on Object-Orientation. It has several key components: a unified interface definition, a number of classes that follow the interface, and a layer of wrapping between classes. Together, they create a “decorative” effect.

The “decorator” in Python has no direct connection to “object-oriented”, and **it can be a trick that happens between functions and functions. In fact, a “decorator” doesn’t provide some irreplaceable functionality; it’s just a “syntactic sugar”. Here is the code that uses a decorator.

Essentially the exact equivalent of.

The biggest credit to decorators is that they allow us to write more intuitive, easy-to-read code for certain scenarios. It is just a “candy”, not a complex programming pattern for some object-oriented domain.