In the process of using Python, I often get confused by the concepts of modules, libraries, packages, and frameworks. Today, we will take time to sort out these concepts.

The import of modules is done through ipmort and the modules are imported as follows.

Note: If the system comes with a sys module, your own module should not be named sys.py, otherwise you will not be able to import the sys module that comes with the system. Check this by executing import abc in Python interactive environment, if it succeeds, it means the system has abc module.

Packages embody the idea of structured management of modules. Packages are composed of module files, and a number of module files with related functions are structured and combined to form a package. From the programming development point of view, two developers A and B by may have given the same name to module files developed by each and with different functions. If a third developer imports a module by name, there is no way to identify which module has been imported. For this reason, developers A and B can build a package, put the module in the package folder, and specify the module by “package. Module Name” to specify the module. 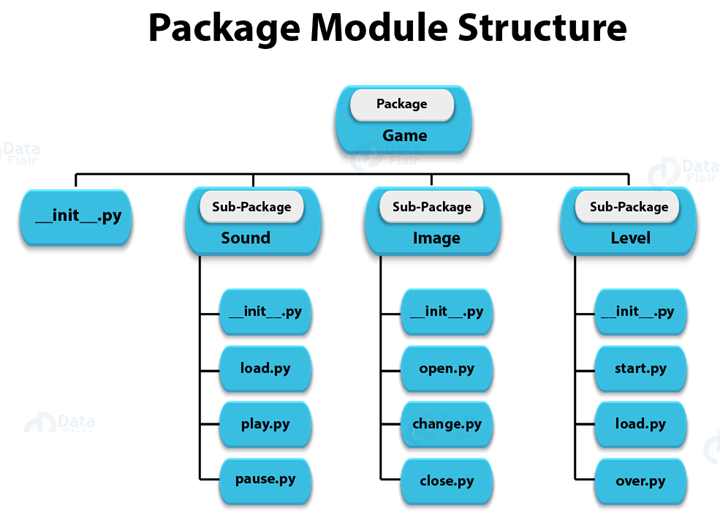 According to the current PEP 420 proposal, there are actually two kinds of packages in Python today: regular packages and namespace packages.

Note that Python packages are actually special modules: you can see this by looking at globals() after importing a package; in fact, any object with the __path__ attribute is treated as a package by Python.

Libraries in Python are a concept borrowed from other programming languages, with no particular specific definition; Python libraries emphasize their functionality. In Python, modules and packages that have some functionality can be called libraries. Modules are composed of many functions, packages are composed of many modules institutionalized, and libraries can also contain packages, modules, and functions.

Referring to other programming languages, it means a collection of code in Python that accomplishes a certain function for the user to use as a combination of code.

A library is a collection of modules with related functionality. This is one of the great features of Python, namely having a powerful standard library, third-party libraries, and custom modules. 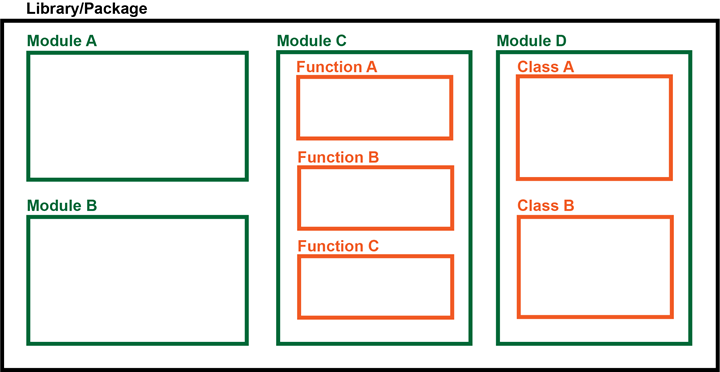